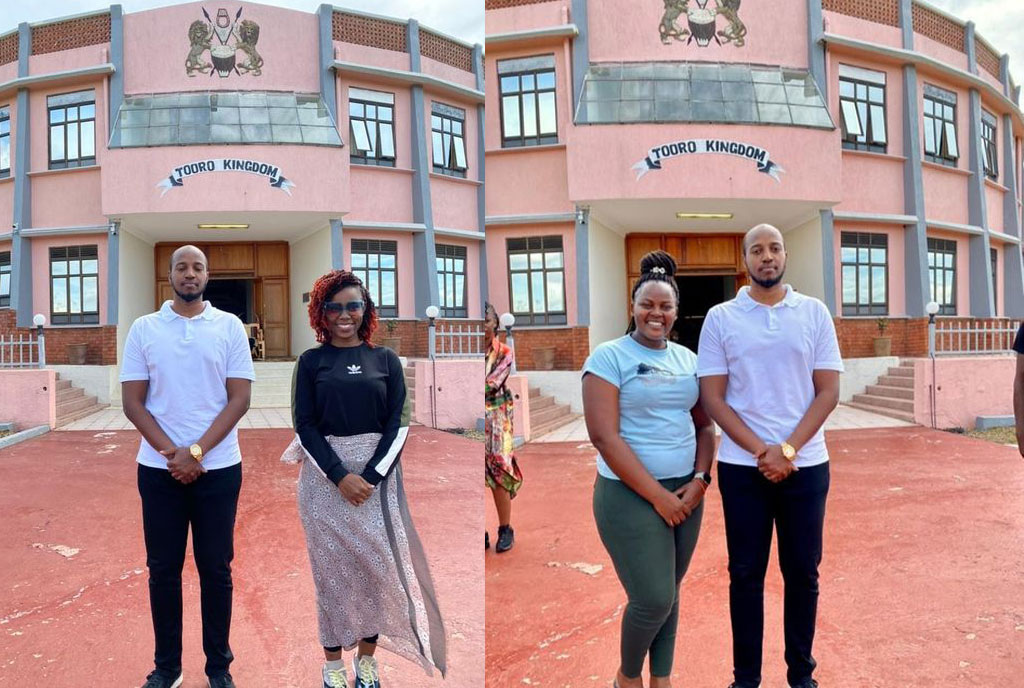 King Oyo is a monarch, not a mannequin. A subject of the Omukama of Tooro fears it could be the latter case unless something is done.
The subject, speaking in confidence, said it was frustrating that people from Kampala trek to Fort Portal to pose with the king.
“This is total disrespect. Oyo Nyimba is not a mannequin to spend all his day standing with a forced smile just because Kampala travellers want Instagram snaps,” the subject said.
Another subject said there have been rumours that the young monarch needs a lot of massages from time to time because he gets tired from these things.
Some kingdom officials are said to be mulling the idea of erecting a statue of Oyo at the same spot in front of the palace for the troupe of travellers to be posing with instead.
“You do not see them do this with the kabaka where they come from, so why subject our king to all the posing?” she asked.

Balaam to invite Tegulle for MK’s party
Balaam Barugahara spent a very happy weekend unhappy not because an event he had organised had flopped but because he had learnt that his new bankable client had been dragged to court.
The events guru has told lawyer Gawaya Tegulle that if he wanted an invite to any of MK’s parties, he should learn to ask with respect.
Balaam said there were still many events in the offing and that those who missed out should be patient and wait for their turn.
“Now some of you are running to court because of missing out on just two events yet we have a lot more to offer until every Ugandan is behind MK,” he said.
Other supporters of the General threatened to invite all the judges to their party on the day Tegulle hoped for his suit to be heard.
“The misguided lawyer does not know how to handle envy,” one said.

Ashburg Katto snubbed over cattle
As every Tom, Dick and Odeke was receiving invites to MK@48 events, Ashraf Kato was only hearing about it.
Tired of smelling the aroma from a distance, the man who calls himself Ashburg Katto on social media decided to throw bait to the organisers with a loud cry about how he will remain loyal even when snubbed for every party.
But MK’s supporters have said Ashburg was ignored because he would have started asking about cattle he was promised by the President.
“We know he is called Katto but that is where the similarity with cattle ends, he should lie low,” one of the MK supporters said.

In this article:artistes, Celebrities, featuredpost