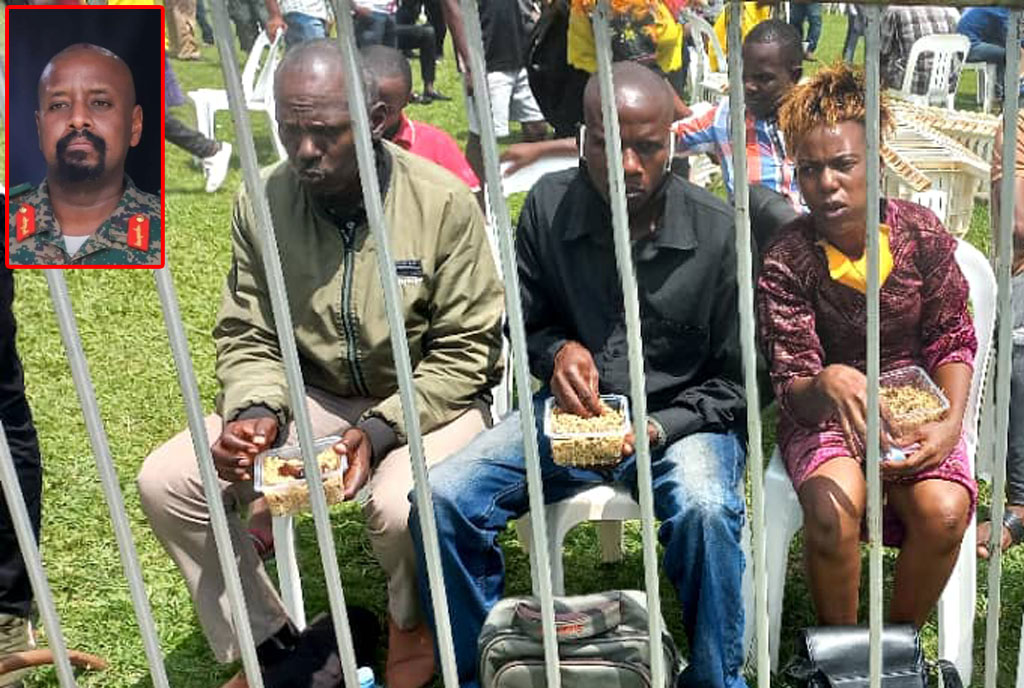 Balaam explains PK absence from birthday
Events guru Balaam Baruhagara has said Rwanda’s Paul Kagame did not miss a runway on his way to the birthday fete in Lugogo but opted to attend via Zoom over Covid-19 concerns.

“You all know there is a new variant in Botswana and he wanted to avoid being seen in a crowd of more than 10 people,” Balaam said.
The events guru had been drawn to comment after Ugandans on social media mocked the idea that “several heads of state” had confirmed their presence for the birthday party.

“Most of you cannot identify heads of state in real life. You just see them on TV with captions that help you, otherwise what will you do if I said they were here?” he asked.

“We were not showing off, so the presidents who came were quietly ushered into their seats. As you know, Kibaki passed away so Kenyatta could not make it.”

Man excited by Muhoozi food survives lynching
A man who got over excited with the free food at the weekend birthday bash and ran his mouth wide got the shock of his life when punches were rained on him.

The man had already tanked on extra platter when instead of belching quietly for having enjoyed his tax returns, excitedly said Muhoozi reminded him of Obote and Amin.

“My grandfather used to say that during national events of those days, Obote and Amin would offer soda and food in Kololo for all,” the man said. “I finally also get to eat at an event like this, thanks to our General.”

Someone kicked his leg from under him and he fell over with a thud. To save his skin, the unidentified man swore that he meant his father used to lie about Obote and Amin providing foods and drinks.

Rugyendo confused by Gen Muhoozi
Former journalist and Red Pepper boss Arinaitwe Rugyendo is having a hard time telling who exactly his friend Gen Muhoozi Kainerugaba is.
Rugyendo, who apparently enjoys great spoils from State House, has been at a loss to tell whoever cares to listen who of the great revolutionaries he thinks Muhoozi is like.

On Sunday, he said he sees Fidel Castro in the First Son. Hours later, he suggested that he had gone to bed and woken up to find Che Guevera looking like Muhoozi.

“I was having breakfast with the General and man, I never knew he looked so much like Mao, the great Chinese revolutionary,” he said.
By evening, Rugyendo was saying that if Nelson Mandela still lived, he would have personally come to Uganda to anoint Muhoozi as his successor.

“He is the embodiment of Thomas Sankara, the split image of Gandhi and I think Jesus would agree,” he added.