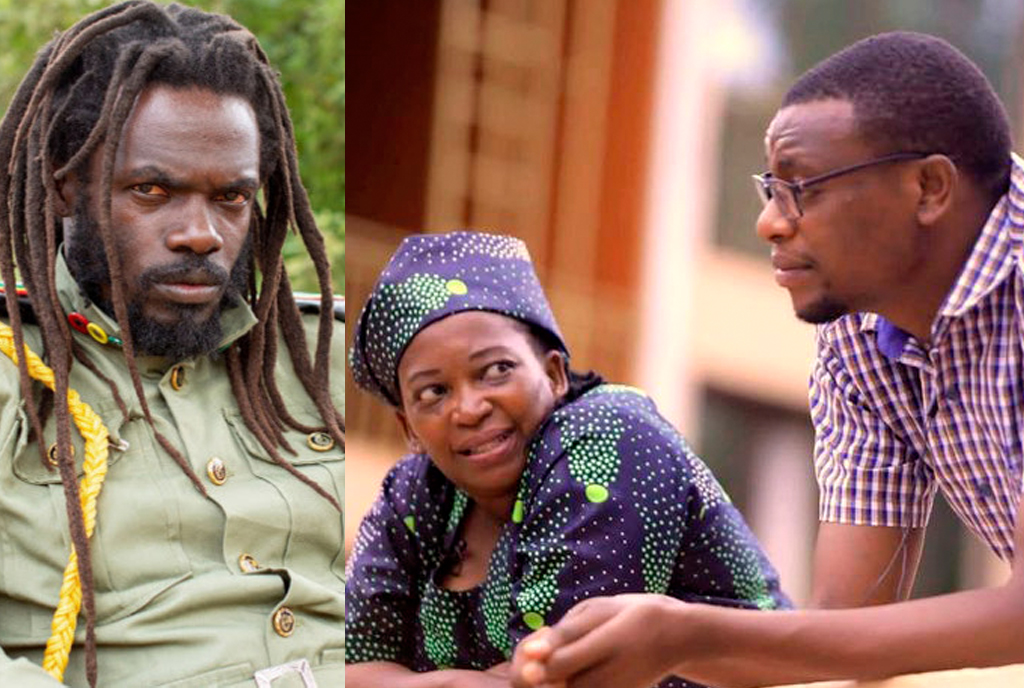 Buchaman’s warning comes after Kakwenza arrived in Germany last week, only to be pictured enjoying a massage from Nyanzi.

“That fondling-fondling massage, and the two vulgar writers meeting in Germany where people pay attention to them, can be bad for our government,” Buchaman warned in a letter yet to be delivered to the president. In the letter, Buchaman said he had a premonition while listening to his old songs and that something told him the two will tell too many lies about Uganda to powerful figures in Germany.  “A lie repeated often, moreover by two “tangled vulgar”, such a lie can melt a metal, so these two should be monitored,” he said.

At least 30 Ugandans were on Saturday briefly held by police after arriving at an embassy in Kampala ready to depart for guard duties in Ukraine.

The lot, including three women, said they had been recruited by a one Festo Kazimingi, who took Shs200,000 from each victim in exchange for being “enlisted.”

“Kazimingi had a tag with a UN logo and the US flag on it, even the straps had the same,” said one of the victims.

“He gave us these chits and asked us to report here on Monday with our National IDs.”

The chits bore forged stamps of UN and US with the words “NATO” inscribed in bold font. Each also had a different number.

Apparently, the said Kazimingi had convinced the victims that Ugandans were being recruited from different villages to help guard American and British citizens stranded in Kyiv.

Speaking about the incident, police urged Ugandans to make the most of the season by investing in their farms.

Give Kyadondo back to crocodiles, frogs – Otafiire

Minister Otafiire has urged KCCA and Nema to not listen to the cries of  “human frogs and crocodiles” whenever places like Kyadondo flood and simply turn the place back into a sanctuary for the bonafide animals.

“Kyadondo, Lugogo areas and many other wetlands, are natural habitats for frogs and tadpoles and if we can’t have crocodiles in the city, at least let’s allow frogs have back their rightful place,” Otafiire said. The minister was speaking to a journalist in traffic after the entire Kyadondo was flooded with more flooding on the road leading to traffic gridlock.

“I opposed developments in this area when I was a minister because this place belongs to frogs and drinking beer and running with an egg-shaped ball does not make a man a frog,” he added. Heavy rains last week left Kyadondo looking like a contaminated lake, leaving the rugby fraternity half as miserable as Ukrainians.