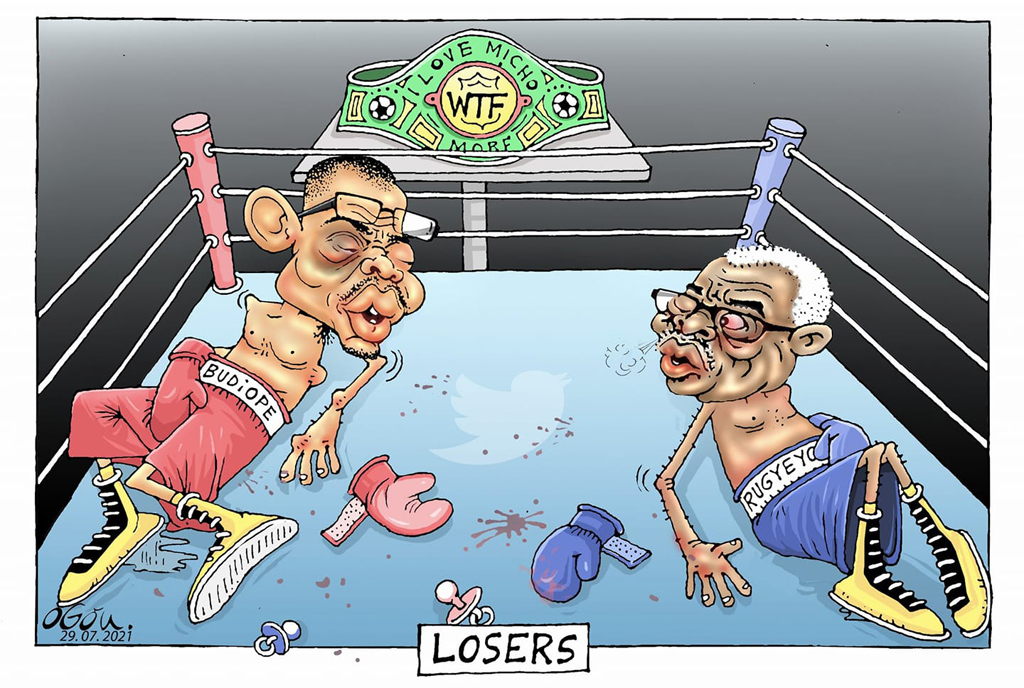 Fufa president and Budiope East MP Moses Magogo has asked Parliament to discipline CEO turned farming entrepreneur Robert Kabushenga.
Magogo and Kabushenga were engaged in a Twitter spat last week, stripping themselves naked before the social media world.
“Madam Deputy Speaker, a cyber bully abused me so much like I was a coffee or banana tick infecting his crops,” Magogo wrote to Anita Among.

“I tried to fight back but you know even Golola was thumped by a Sudanese bully. It’s been a tough week for sports at Olympics, kickboxing, Cecafa and now myself.”
Magogo said Kabushenga should be summoned to Parliament to teach the rest of Ugandans a lesson that they cannot use social media for abusing legislators.
“The man abused me, eh! I think had he been secretly awarded an Olympic gold medal, Uganda would be topping the medal standings if abuse was an event.”

I need AC in my office toilet, says minister
A newly-appointed junior minister has asked for his office toilet to be installed with AC.
The minister said global warming is real and that his research shows that “toilets are not immune” to climate change impact. “I know I’m still getting used to being a minister but I always believed certain things would be very different for a minister. Imagine the toilet here smells funny,” the minister said. “I haveve to feel comfortable for my work to be noticed.” The minister said his diet has recently changed, thus the need for more comfort in all his official activities.
“With good AC, I can always keep thinking and coming up with good government programmes. No stress,” he minister added

Olympic star fears plane toilet
An athlete to the Tokyo Games refused to use the plane’s washrooms for fear that ‘contents’ downloaded from the sky would drop directly to the ground.
“The plane has just circled around, we haven’t reached over the waters, what if ‘things’ land on people while I’m doing my business?” the unnamed athlete from East Africa said.

The athlete, said to be a woman in her early 20s, reportedly said she did not want to invoke the curse of the people while holding a gold medal dream.
“I’ve had a chance to win that gold, and you want me to use that toilet that dumps faeces on land? People will curse me and then I’ll fail to win a medal,” the athlete reportedly told team mates who urged her to make use of the washrooms.
“The good thing is that she managed to hold in her fart well until we landed,” said one of the athletes.