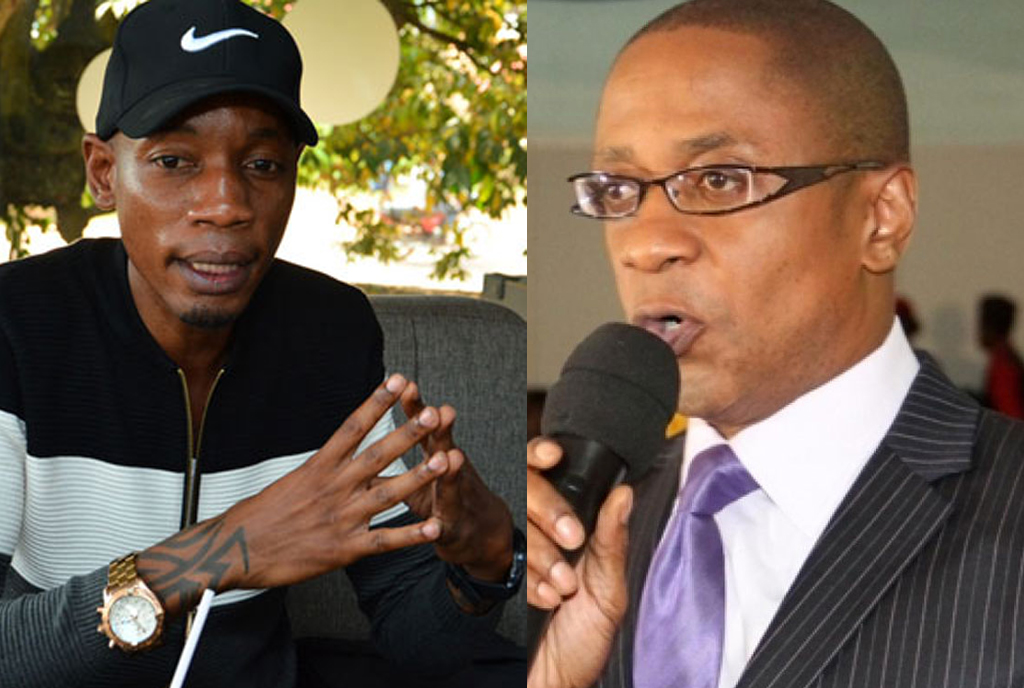 Former socialite Bryan White has asked Parliament to be recalled so MPs can summon one of their kind over allegations of sexual abuse.
Peter Ssematimba was Busiro South MP when the 10th Parliament repeatedly clamoured for Bryan White’s flesh over similar allegations. And now that a woman has come out to accuse Ssematimba, Bryan White wants MPs to order police to arrest him too.

“Everyone has a closet and these MPs have bigger closets. They were after me and now one of them is exposed. I have enough oxygen to supply Parliament and this is not a process at all.”
A woman last week appeared on local TV claiming Ssematimba was battling for custody of a child she sired with the “exotic” former MP while serving him as a maid. “If I still had dollars, I would be offering big ones to housemaids to expose MPs,” Bryan White said. “But now I only have steaming things.”

Kasumba woos American tourists about Statue of Liberty
Maverick NBS TV anchor Samson Kasumba has asked tourists to flood into Uganda so as not to miss the Safari Rally. Kasumba last week showcased Uganda, telling the social media world how the country was beautiful and that he would be going to chill at a high-end facility whose image he shared as being located somewhere in Uganda. lt was the Singita Faru Faru Lodge in Serengeti, Tanzania, the anchor was flaunting. Corrected that the place was not in Uganda, he blamed the excitement on the Safari rally he was enjoying from Bukoto Naguru Hill.

“Uganda has the Safari Rally and this is a WRC event, mark you. Why not come for such great events right here?” he said. “I can take you around; we have the Statue of Liberty near Grand Imperial Hotel and it’s amazing.”
Kasumba denied weed-steaming, however, saying he follows SOPs.

Source: Gen Tumwine, Buchaman collabo out soon
Former Security minister Gen Elly Tumwine is soon releasing a collabo album recorded with faded singer turned presidential advisor-by-name-only, Buchaman. Gen Tumwine last week made an unlikely turnaround to say he would advise President Museveni to hand over power for a peaceful transition. However, sources close to the general said there is nothing on the surface of the comment. “You remember he released a song that was mocked by even cemetery attendants?” a source in Nakasero near Nemo Gallery said. “Now he wanted to set the tone for his songs. He wants a hit and he has been in studio with Buchaman for a reggae and afrobeat collabo.”

One of the songs on their album, the source revealed, is titled “Steam It Up” in apparent imitation of Bob Marley’s “Stir It Up.” While it was not immediately possible to contact Gen Tumwine, Buchanan happily confirmed that he had also heard the rumours, adding, “I’m still better than Bobi Wine.”