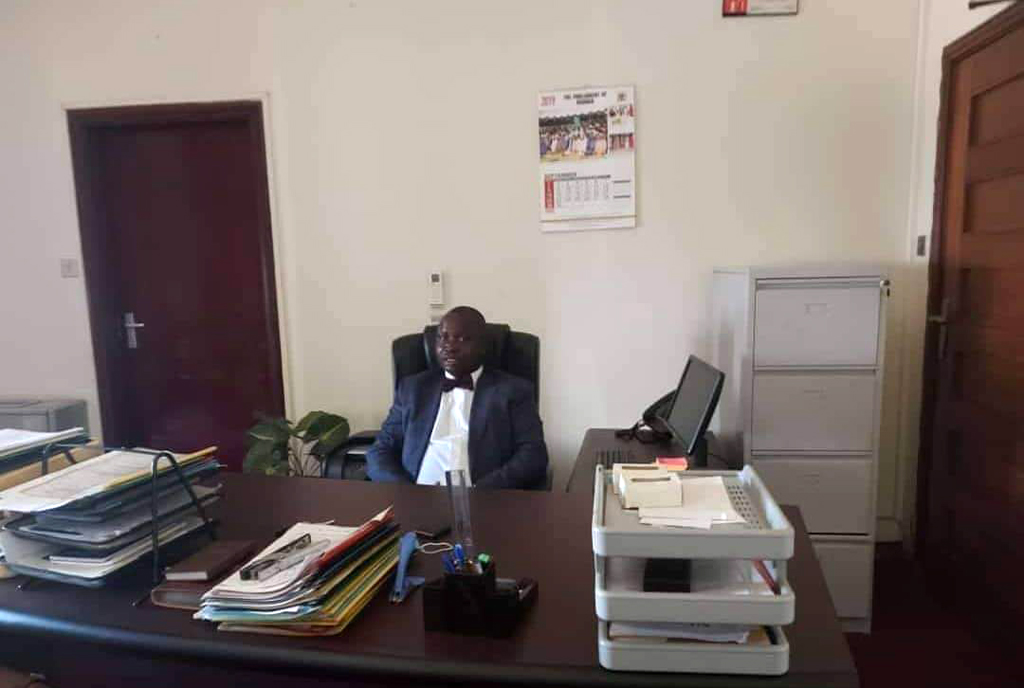 Chris Obore refused to retire for the day when he was recalled to his duty as director of communications at Parliament and slept in office.
“It’s been three days now and all he does is have his change of clothings and toiletries delivered here,” a source at Parliament said.

“The Speaker had to come down to his office and reassure him that no one would be throwing him back to Bukedea again.” Obore was controversially thrown out of office by the former Speaker and has spent nearly two years on forced leave.
But rather than rear ducks in Bukedea, he worked behind the scenes to help Jacob Oulanyah into the top seat, thus his own return “into things.”
“He’s been wary those who threw him out are still lurking about, he feared he could go home and find his office locked again,” the source added.

Stop attacking me, I have a celebrity daughter – Kadaga critic

A man who passes for a national critic has asked those attacking him for attacking former Speaker Rebecca Kadaga to first have a celebrity daughter like himself.
During the hotly-contested race for the Speaker of Parliament, the man, identified here as Gas for lack of a better noun, went bare knuckles, accused Kadaga of “not stopping jiggers in Busoga.” However, Kadaga’s followers hit back with the wrath of N’Golo Kante. Reeling from the attacks, Gas turned to his last line of defence.

“I’ve sired and raised a celebrity daughter,” he said.
“When my daughter tweets, the whole country retweets. It trends. What can some of you even do when you cannot even remove jiggers?”
Gas said if he had been in Kadaga’s shoes for just five years, he would have used the experience of raising a celebrity daughter to turn the sub-region into a Singapore.

Zaake says his new role will make Museveni cry
Parliamentary Commission nominee Francis Zaake has assured the country that the time for Museveni’s tears has started with his appointment to the new role. The man from Mityana reiterated that his and the NUP’s main goal is to make Museveni cry and that after failing to elicit a tear from the President during the swearing-in ceremony a fortnight ago, he has a bigger and better opportunity now.
“I thank the party for this appointment as now I’m in charge of appointing, promoting and exercising disciplinary control over those holding public office,” Zaake said.
“Museveni will send me his appointees, I’ll make them cry, then Museveni will cry with them and then Museveni will come down to Parliament to plead with me, Francis Zaake. Tears only. Janet should buy more hankies using the supplementary budgets.”