Ugandans and their weird English 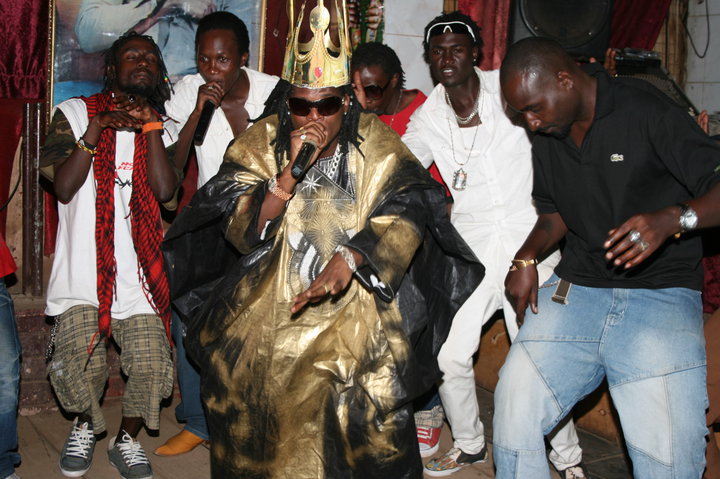 1. Banange what’s with Ugandans and their weird English? Mbu “Ehh, Grace, some hair banange! As you look smart!” Jesus, when are you coming back to this earth?

2. Mbu … “Irene, give me ko some of your fruits!” What the hell is that? Honestly Al Hajji Sebaggala is that acceptable English? Sorry Seya what did you say? Mbu the “English is cantakaleus!” Didn’t you want to mean…cantankerous Ssebo?

3. Mbu … “Agnes banange the bagole looked so smart… kyaba too much!” How about … kyaba too stupid with that English?

4. Mbu… “The Right Honourable Your Excellency the President!” Honestly don’t these people who introduce Mzee like that bite their tongue in the process? Can’t Mzee be introduced simply like … President Museveni, full stop?

5. Mbu Bobi wants to be introduced like … “The Right Honourable Your Excellency the Ghetto President!” Please Kayihura arrest that clown for being idle and disorderly both in his music … mbu … Bada and Matyansi Butyampa, and insulting Mzee!

6. Mbu … “The next song my viewers of Bukedde TV, is from the talented and upcoming artiste Zuena …enjoy!” Did I hear the words, talent and upcoming being used to describe Zuena? Hehehe… Isn’t that like describing Tamale Mirundi as an “intellectual and savvy” presidential spokesperson?

7. Mbu Paddy Bitama wants to know the meaning of the word savvy! Naye Uganda has comedy. Also Paddy Bitama once stood for presidency! Yes Al Haji Ssebagala, you were right… this is a “cantakaleus” country indeed!

8. Speaking of potential presidents, what happened to Olara Otunnu ! Where the hell did that clown go? Mbu … “Fellow Ugaaaandans, pleaseeee vote me for President!” Come voting day, the hommie disappeared, and didn’t even vote for himself! Wabula Uganda!

9. Do you remember the clown of all clowns, Sam Lubega, another of those who wanted to became President of Uganda? Where the hell is that dude? Mbu he is in the studio with Buchaman working on a remix of his only hit… Lwaki temumatila?

10. Mbu Mesach Semakula has composed a song for Semakookiro, the young Buganda Prince! So has Hilderman and my house girl! Naye why didn’t they compose a song for Prince Jjunju, Princess Sangalyambogo and the rest? They are of royal blood like Semakookiro right? Ugandans are nuts. Wama Jjunju stop crying, me I will compose a song about you!