The era of rich, hip and trendy ‘mehn’ of God

Gospel reloaded: Gone are the days when your average pastor was dressed in over-sized suits, walked on foot and bore a disdain for material things. Gone are the days when the man of God was skinny or obese, and pretty aged. The times, they have changed. Today’s men of God are hitting the gym and showing up in the latest car models. And church has become something the young look forward to. Ian Ortega brings you the men of God that are rebranding the face of the Church. Another young man of God that is revolutionising the space. According to online translations, Pneuma is that vital spirit, the creative aspect of a person. Somewhere in Kyanja, Prophet Brian Kagyezi is building his strong army of followers. Like other trendy pastors, social media is the thing. They are digital enthusiasts. During the US Elections, he took a bold position by prophesying victory for Hillary Clinton. It turned out otherwise. As is the norm in the prophetic space, Kagyezi identifies as the Son of Prophet Shepherd Bushiri. Kagyezi is a graduate of Software Engineering at Makerere University. Phaneroo started off as a simple fellowship in a Makerere University Hall. To others, it was another of those offshoots of Christ Heart Ministries International in Mukono. Before long, Apostle Grace had outgrown his father, Bishop Mbugua’s place. Today Phaneroo Fellowship happens every Thursday followed up with Sunday meet-ups. The audience; campus students and young corporates that cannot wait to see greatness manifest. Lubega is a former banker at Kenya Commercial Bank. In March this year, he wedded Nicole Kavuma, a law graduate. His followers love him for his sermons, his knowledge of Greek and his Bible interpretation. He is a magnet for the young. Last year, he came under fire after a sermon in which he appeared to be criticising Bobi Wine, went viral. Yet, his Fellowship continued to soar to greatness amidst the scandal. Among all, he appears the most innovative. At times he will ask his followers to pay the taxi fare for every passenger under the guise of “Jesus has paid”. Other times, smartly dressed young men and women will hit the streets to preach the Gospel. Fellowships with Greek names are the thing. It is no wonder that another of Kampala’s popular fellowships is Zoe Fellowship. Zoe means life. For many Ugandans, Mbonye became a sensation when former sports journalist, Joseph Kabuleta was photographed kissing his shoes. Prophet Mbonye has seen Jesus. He holds conversations with the Son of God. It is even claimed that Mbonye knows Uganda’s next president. During his fellowship, he takes his congregation through a series of international, local and personal prophecies. He is the only man who knows the future with ultimate precision. He is the Bran Stark of Uganda. He is famous for his fancy cars, his gym schedule and above all, his hair cut. Many of his ardent followers have taken up his hair style. He owns the Tuesday evenings of this town. In 2004, Mbonye graduated from Makerere University with a degree in Development Studies. He is one of Uganda’s most senior bachelors. For years, he has been put to the task to officially unveil his official woman. This year he was interviewed by one of the TV stations in the country where he hinted on the fact that he had been dumped. He was one of the musicians that featured in the Engule song by Bobi Wine. He later came out to deny any prior knowledge of the other lyrics in the song other than his part. Despite the initial backlash, Ugandans still found a soft spot for the musical pastor. A true testimony of grass to grace, Pastor Bugembe differentiated himself by reaching out to his secular counterparts. He used to organise the celebrity-themed Sunday services. At these services, various Ugandan celebrities would be welcomed to church and made to feel at home. He keeps it simple, striking a chord with his worldly friends and his spiritual calling. Pastor Bugingo needs no introduction. He is probably the most influential pastor in Uganda at the moment. Many love him for his sermons, they are commonplace on WhatsApp statuses. He says it as it is. Many comedians have made a buck parodying him. He is also known for picking on verbal fights with fellow pastors as he goes bold on the pulpit. He is also the man behind Salt TV and Salt Radio. He is currently on a gigantic task of building Uganda’s largest church. Whatever he lacks in fashion, he makes up with humorous pragmatic sermons. Popularly known as Mike O, the lead pastor at Mavuno Church has run a style similar to Pastor Bugembe. Mavuno Church is one where you are bound to meet your favourite celebrity or socialite. This Smackist holds a Diploma in Motion Picture Production. Perhaps it is this background that fits in well with doing things the unconventional way and trying to build a church where everyone feels accepted. The other theory could be that he is a brother of self-proclaimed atheist and senior bachelor James Onen aka Fat Boy.
At Mavuno, some of the topics the church fears to address will often be debated publicly. Do not be surprised if you find an atheist facing off with a Mavuno pastor during a Sunday service. It is a church for the new generation; “turning ordinary people into fearless influencers of society.” Watoto Church used to be the gathering place for young corporates, young people. Today, Worship Harvest is growing by bounds and taking up much of that segment. And one humble man is at the helm of this church – the awesome Moses Mukisa. In the past, pastors did not go through the formal education process. For Mukisa, it is all different. He is an architect by training. Whereas some people call it Sunday Service, at Worship Harvest, it is called Garage day and it is the moment humans come by for servicing.
Today Worship Harvest exists in more than five places. Despite the size of his ministry, there will always be a post or two from Moses Mukisa on Facebook as he engages with his followers. In an earlier Daily Monitor feature story, Mukisa was featured as Uganda’s fourth best science student in the 1996 UACE exams. He is made of greatness, a pastor, an architect and gospel music artiste. Father Kalanzi is a Catholic priest with a Ministry based in Nyanama. It is mainly the young, tired of their troubles who flock his ministry looking for an answer from the powers above. Many that frequent his place speak of his prophetic and healing abilities. Last year, State Minister for Youth and Children Affairs Sarah Nakiwala Kiyingi spoke of how Fr Kalanzi had a revelation of her appointment. The priest from Philippines has filled the vacuum that many feel was left by Fr Musaala and Fr Bakka of Masaka. 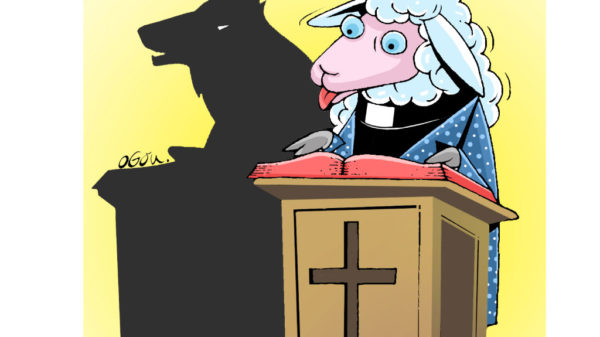 Pastors you will meet only in UG churches

Hallelujah: From the ones who call God ‘gad’ to those that will google Greek words to fake the speaking in tongues, pastors in Ugandan... 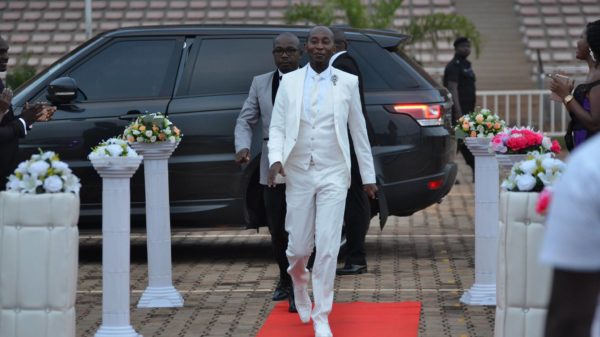 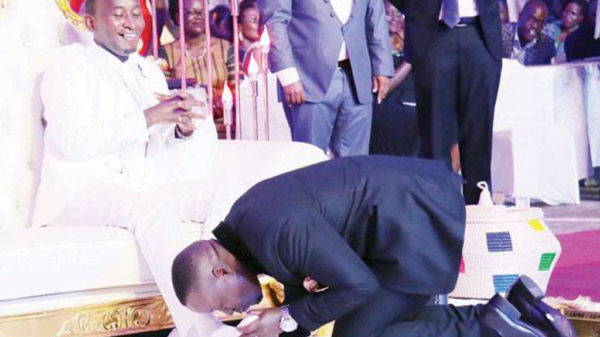 Not many people have probably gotten over that incident last year when celebrated sports analyst Joseph Kabuleta kissed Elvis Mbonye’s shoes. But the criticism...