The acute angle : Grow up people 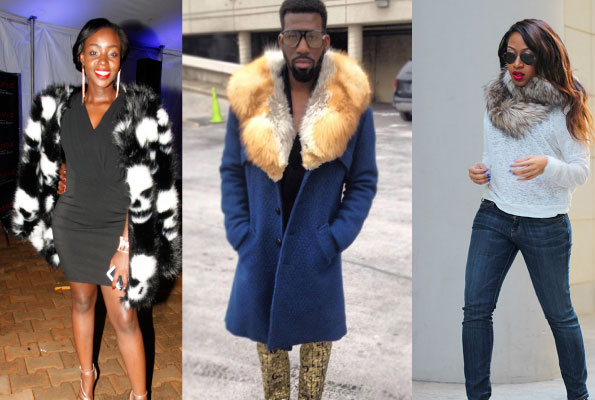 We are reminded everyday of the fact that while growing old is compulsory, growing up is rather optional. A certain man child in the mould of King Lawrence attests to that fact. For those who have no idea of who I am talking about, it breaks my heart to tell you that he will be our case study for just today.
So anyway, King Lawrence’s life story is restricted to showing off. He has perfected the art of showing off how better placed he is in society with sleek rides, expensive parties with champagne and his personal favourite, showing off the women he has bedded. You are almost sure that every time he supposedly manages to get a naïve girl in the sack, a press conference after the whole ordeal should be arranged.
Popular singer Juliana Kanyomozi and recently Kenyan glamour girl Huddah Monroe have suffered the embarrassment of ever being involved with this grown little man. He loves to kiss and tell amongst other infantry habits. He is also unfortunately Ugandan plying his trade in South Africa and makes one third of the infamous Rich Gang that caused quite a stir during the festive holidays with their spending and flashy lifestyle.
The way he muscles his way into the headlines of tabloid stories with his tell-all antics shows you how some people can do anything to get famous. He says he is a businessman but that is suspect too. Anyway if you are a man reading my column, this is the thing. There is nothing more immature and downright stupid than sharing with the world how you bedded so and so. There are absolutely no accolades for Stallion of the year or Conquests of the year so please get that.
Letting the world know of intimate details goes far to show how she could have been spending time with a little boy rather than a man and no man wants that. So you decide to upload a picture of the two of you together hoping for what exactly? An ego boost from your friends?? Obviously you’ll think your boys will laugh with you yet deep down they are laughing at you. It’s plain disgusting. Let’s grow up people. Unfortunately people like King Lawrence will not take in such words as they seek for immortality from bedding the most desired ladies in the land.
Mbu he paid Kenya’s Huddah Monroe $10,000 (Shs29m) for a night. Which sort of man announces to thousands of people on social media how he procured a girl for a night’s pleasure. It’s despicable. I know we live in a world where sex is glorified but if sex is going to be a reality TV show, I won’t be staying up late to watch it. For King Lawrence who has a lot of growing up to do, kindly keep details of how you unbuttoned so and so’s things to yourself. We honestly don’t want to know. That’s private business. Nice weekend guys.