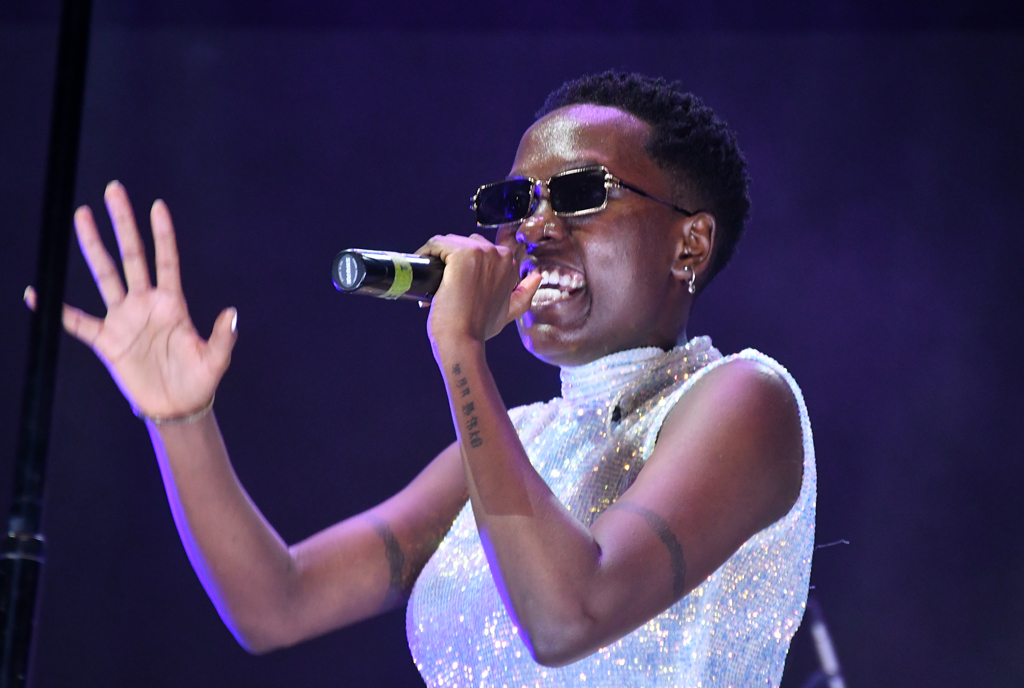 Azawi’s maiden concert was proof Ugandans can support local artistes if they give them the good music. PHOTO/EDGAR R BATTE.

The Swangz Avenue artiste reintroduced herself with a concert that did not only celebrate her rich catalog, but her lyrics and wit.

You can only know a show has been amazing when the crowd chants the artiste’s name on every break. You will know a show has been highly anticipated when supporting artistes stay behind to watch the headlining act. You can only know the thirst in the audience when an artiste performs for two hours but the audience still yearns for more. You will know that the concert has been a success when both local and foreign artistes congratulate you. From Adekunle Gold, Dj Neptune, A Pass, Fik Fameica to Eddy Kenzo among others. This is what Azawi’s maiden concert at Lugogo grounds last Friday evening was all about.
The Swangz Avenue artiste gave her audience a memorable show that many will live talking about. The two hours were worth every penny they paid and the experience was something that other artistes should relate to.

The beginning
Like earlier promised during her interview with the sQoop magazine, Azawi stepped on stage at a few minutes past 10pm. Clad in white shorts, sparkling white vest and hi-top boots, white jacket, black shades, she kicked off with My Year, a song that went viral for the wrong reasons. In May 2021, she had dropped the song to a lukewarm reception. When Covid-19 did a massive one on Ugandans and thus making a second lockdown inevitable later in June, Azawi was mocked for telling her audience it was their year.
She then jumped onto other songs like Crazy Lover and Ache For You.
Azawi burst onto the scene at the beginning of 2020, she made a splash while performing at that year’s Roast and Rhyme, giving people a taste of what she’s made of, given a microphone and a backing band. Unfortunately, the world was plunged into a pandemic that technically changed the world order – at that time. 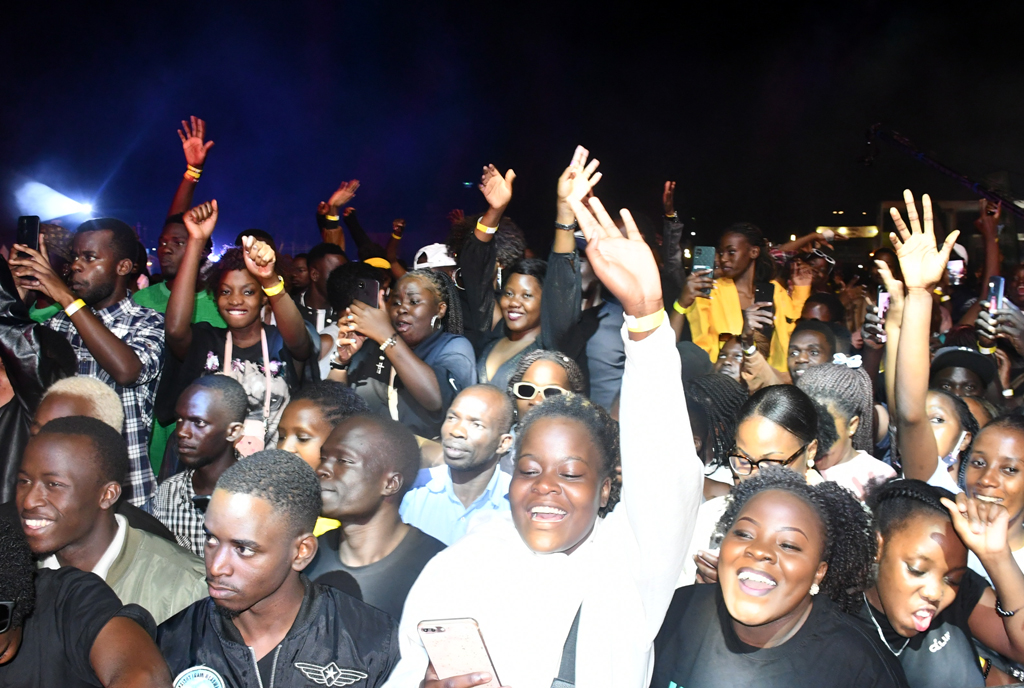 A Ugandan concert
Since many of the Covid-19 preventive measures were lifted, Ugandans that live for the party have experienced Fireboy DML, Adekunle Gold, Chike, Ruger, Mike Kayihura and more foreign artistes have been coming through yet Ugandans were yet to experience a concert by local artiste.
Thus, for many Ugandans, artistes and different stakeholders, the concert was a celebration of Ugandan music. And she gracefully carried the responsibility.
During one of her sets, Azawi asked Benon to join her perform their collaboration, Thankful, as he was leaving, she requested him to stay for at least one more song.
I Know was the song on Azawi’s mind though Benon wasn’t willing to run through it without his singing partner Vampino.
It was at this moment that Vampino jumped on the stage and the three did a rendition of the song whose lyrics Benon changed and sang to Azawi, “I know that you will make it if you take it day by day.. I know that Jah will help you overcome whatever comes your way.”

She later paid tribute to Radio and again, two people backstage were willing to make the tribute complete, Weasel and Viboyo. The two joined her to perform Nyumbani. Whether the move had been planned or not, it sent the audience into a frenzy.
Other notable stage collaborations were with A-Pass and Winnie Nwagi who she may not have a collaboration with but was ready for all possible mashups.
The self-proclaimed Firebaby and Azawi did mashups of Malaika with Honorebel’s Ravin & Clean and Fire dancer with Chaka Demus & Pliers’ Murder She Wrote. It was a telling moment since there was a rumored tension between the artistes.

For the time Azawi was on stage, her audience was busy, even she performed songs that are not as popular such as Loving You is Easy. It is not surprising that she even found it easy to invite some people onto her stage. The climax of the show was Majje, a collaboration with Fik Fameica – it is taunted as an anthem of hustlers that it is not surprising that the video, even when it was bankrolled by Guinness, it stays true to the hustling theme.
By the end of the night, as Azawi disappeared into the backstage of the smoky stage, it was clear three things had won, a lengthy catalog of good music, a brand irresistible and professional art management. Something many local artistes want to shy away from.
issejjombwe@ug.nationmedia.com 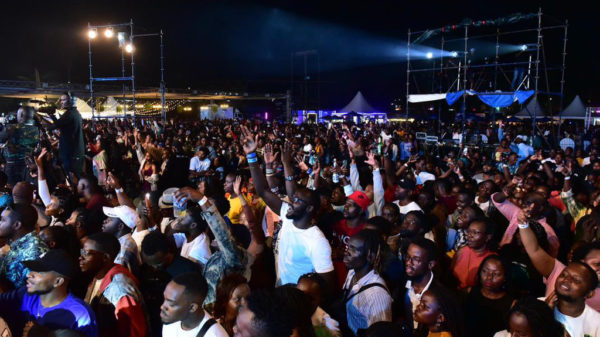 On Friday evening, Adekunle Almoruf Kosoko, better known as Adekunle Gold, promised to give Ugandans a show they will never forget. And indeed, on... 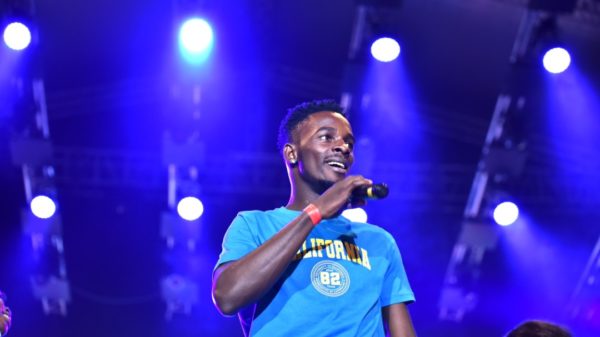 It is always hard as an upcoming artiste to step foot on a big stage. It even becomes harder when the stage will... 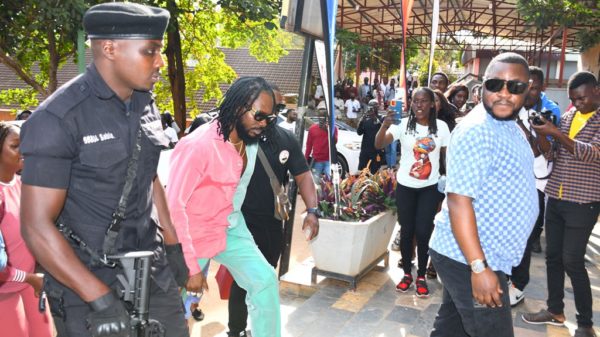 Nigerian artiste Adekunle Gold is in Uganda ahead of his concert tomorrow at cricket Oval. This is also going to be the return of...