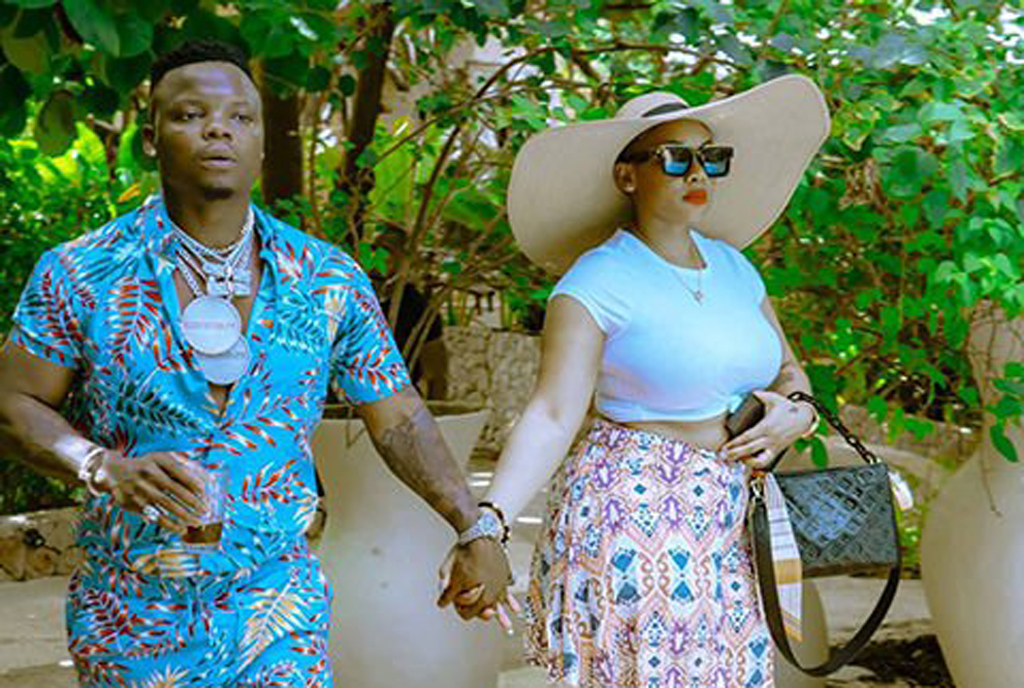 Stunningly dressed, Kajala who accepted the proposal to wed the popular musician, popularly known as Rajab Abdul, disclosed she was not perfect and that’s what led her to forgive him after a recent fallout.

“I’m nor perfect and have my weaknesses. I have forgiven him,” she said.

The couple have had their ups and down and even parted ways at some point after he reportedly cheated on her.

Also known as Konde Boy, Harmonize would ask for forgiveness and even tattoo his body with an I’m sorry message to her.

Harmonize first wrote a public apology to Kajala and even went on to erect a billboard with the message in Tanzania.

His actions initially didn’t move her, prompting him to reportedly buy her two expensive cars. Still unmoved, the actress would later have series of posts geared at hitting back.

“You can’t change everyone. just move on. Don’t let nobody play with you even if you love them,” she said.

But in May 2022, she eventually forgave him while sharing her feelings in an emotional post.

“Forgiveness isn’t saying what they did was ok, it’s just saying you won’t hold onto that negative energy any longer,” she explained in a post on social media.

The forgiveness and rekindled love would come days after the controversial singer was arrested in Nairobi amid accusations of failing to perform at a number of entertainment joints despite receiving cash for the same.