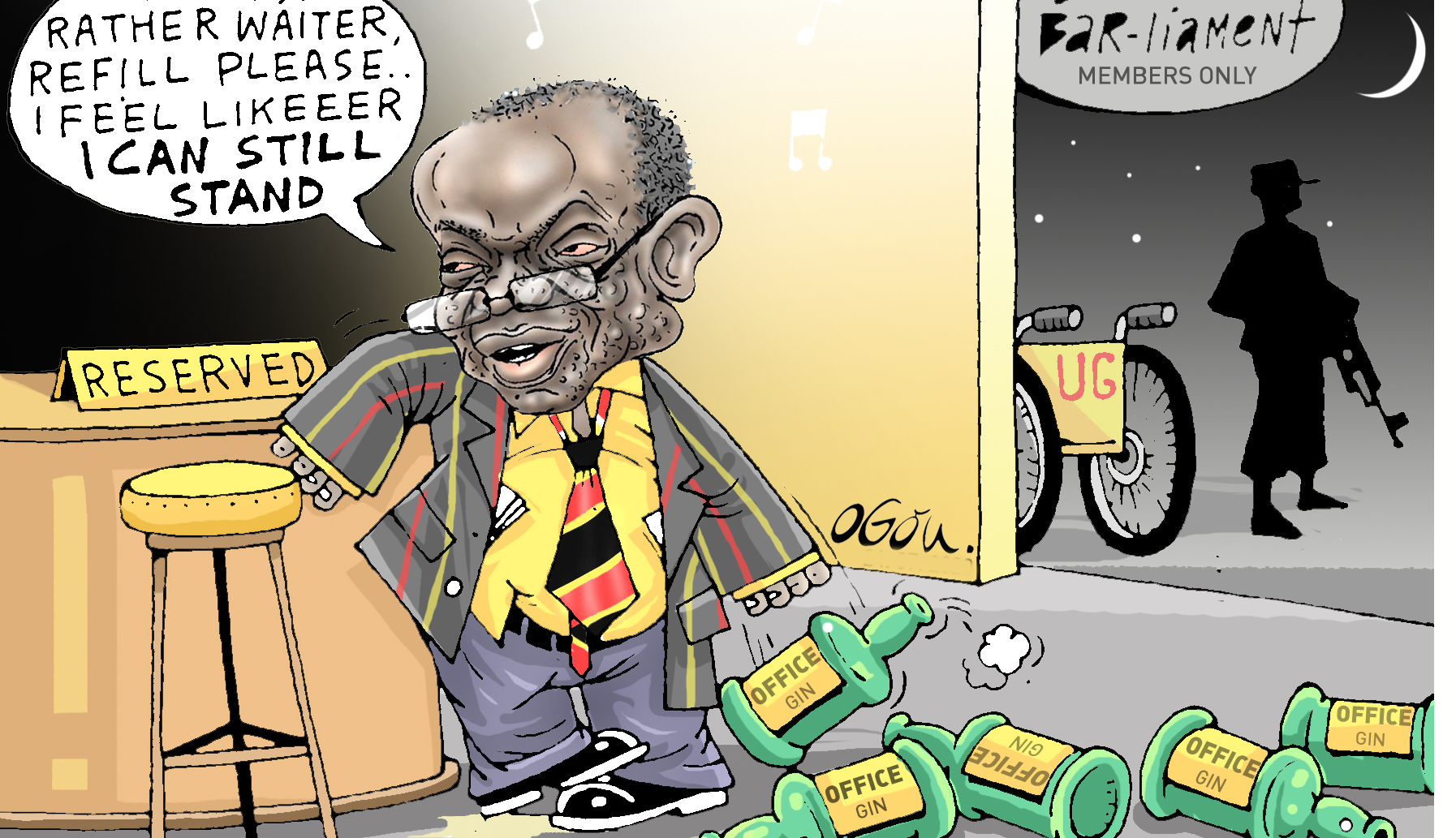 How on earth would you prefer a double espresso over beer…

Shots or glass? You can tell a lot about a person judging by their drink. One’s choice of drink says a lot about their journey and life choices. Everyone has a drink. Everyone drinks something. Today we explore the different categories of drinkers in Uganda.

Shooters do not believe in delays. They want to get in fast and get out as soon as possible. They live for that instant high. You cannot rely on a shooter. A shooter can resign from their job and deny the claim minutes later. They are sweet flippers. Most shooters tend to reside along the famous Bulabira Road in Najjera. They pride themselves on titles such as; ‘hard guy, hard girl’. A shooter wants to take everyone along on their journey of ‘YOLO.’

For a shooter, there is no time to waste in life. If you find a shooter on the road, they will probably be driving a Subaru, an Altezza or a Mark X. Somehow, they are always in a competition. They never turn down a chance to prove something. Do not count on shooters for a relationship, it will fizzle out as fast as tequila on a tongue.

You must respect a ginner. They have fought wars. They have lost some. They have scars to show for it, aka bazilwanako, but they are still standing. One must think twice before engaging in a fight with a ginner. If you win a battle against a ginner, it will always be a pyrrhic victory. You must fear the neat ginner. The one who never dilutes their gin, the one who looks their gin straight in the eye. That is one who will overcome anything in life. They will be around throughout all the seasons. They will always be versatile. Throw anything at them, and they will mould it into something awesome. Most ginners prefer to live in the Naalyas and Kiwatules of this world. Nothing can separate a ginner from their Toyota. Perhaps they know, just like their gin, Toyota will always be reliable.

I respect the whiskers. They have earned their confidence. You will never find a whisker in panic mode. A whisker is never in a rush. A whisker is always certain. You can never engage a whisker in a road race. A whisker never courts attention, his mere existence is enough. When a whisker is in a room, even their silence will be loud.

One thing you must love about whiskers is their disdain for crocs. For why on earth would a bearded human being wear some plastic material under the pretext of footwear? Whiskers will not be committing crimes such as eating sea food. On a serious note, if not for trying too hard, how would a Ugandan fall in love with sea food? When the Lord judges the whiskers on judgement day, they will not be accused of faking sea food love. Honestly, a person born and raised on the dusty potholed streets of Kampala, where would you find a desire for shrimp, prawns and lobster?

But thanks to the whiskers, they always redeem the times. If you meet a whisker, count yourself lucky. Whiskers are silent achievers. They talk less, and let actions speak.

Cocktailers are everywhere. They enjoy every music genre (or at least they give that impression). You can put water in a glass, stir it, and a cocktailer will still be convinced it is a cocktail. Cocktailers ought to pick a side. They are fence-sitters. They are never decided in life. Like honestly, what are you, who are you? Are you for spirits? Are you for water? Are you for soda?

Whoever is behind the trend of big water bottles deserves to be arrested. Why on earth would a human being walk around the whole day galloping water by the hour? What are you irrigating? You must fear a human being who can drink more than five litres a day. That person is capable of drinking anything that crosses their site.

And what is this trend of having lines on the bottle? What if you are not done by a certain hour? Will the world stop turning? I have a feeling the waterers are responsible for the water crisis in Kampala suburbs. Whereas some of us are conserving water, other humans are taking all of it into their bodies. What is with Kampala chaps and water? What is it they are watering that never grows?

These ones live in groups. Beer was never meant to be taken in isolation. If you find a man or woman having a beer in a solitary style, please tread with caution. Beer people will never stop amazing you. They are down to earth, versatile, they never run out of stories. But they also never run out of promises.

A beer person will promise you a job over a beer, only for them to cook up stories the next day. Beer people are the originators of all the jokes and stories in Kampala. The day beer drinkers go on strike, this Kampala will shut down.

If somebody’s definition of wine is that family with a million cousins, it is time to whip them out of your face. No one fakes it in Kampala like the winers. Most Kampala winners have no clue on how to hold that wine glass. They have no clue the difference between red, white, sweet, dry. All they know is that they are wine people. They all pass around as connoisseurs of their drink, until they are told the cousin is not present, and they have trouble picking another brand. But they are our people. We shall accept them for who they are – broad day frauds winers.

Real coffees must be embarrassed that coffee and tea are being bundled together. But if you think you are a coffee person and cannot realise the sin being committed, maybe you need to go back to the drawing board. I respect coffee chaps. How on earth would you prefer double shots of espresso over two beer bottles? That kind of bravery can shake a nation. That kind of bravery can get a broke man sliding into any slayqueen’s inbox.