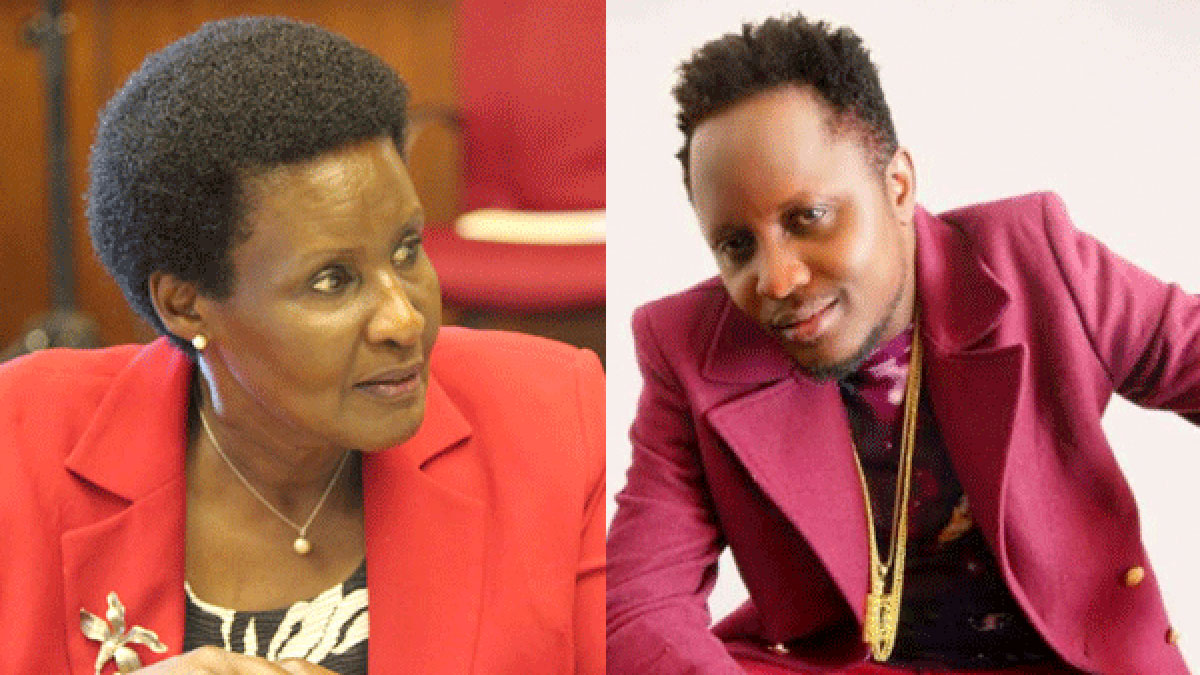 Innocent Hillary Kiyaga, commonly known as Dr Hilderman, holds a degree in Performing Arts and a postgraduate diploma in Leadership and Management which he acquired from Strathmore University in Nairobi, Kenya.

Kiyaga is a musician, a career that spans over 15 years. He owes his claim to fame to songs such as Amelia, a campaign song that became an anthem for outgoing Member of Parliament (MP) for Mawokota North, Amelia Kyambadde in 2011.

Dr Hilderman says the electorate entrusted him to unseat Kyambadde as a vote of no confidence for having participated in the removal of the presidential age limit from the Constitution.

In her words, Kyambadde said she observed a change in the electorate towards her, whereof voters who were once warm and welcoming, had turned cold, so to say ‘grown tired of us,’ alluding to the establishment’s overstay in power.

The National Resistance Movement (NRM), under whose party Kyambadde has led Mawokota North, lost many MP seats in central region in the recent general election, with many constituencies being won by candidates who stood under the newly formed National Unity Platform (NUP) party under the stewardship of Robert Kyagulanyi Ssentamu, who contested for office of president.

Kiyaga was NUP’s official candidate and agent in Mawokota North, and this was his first participation in elective politics. He first considered the idea in 2010 when he sang Amelia.

“I started following politics, but the idea of standing for office came during the period of the constitutional amendment to remove the president’s age limit. As people of the Mawokota, we closely followed these issues. Our stand was not to tamper with the Constitution. So when Honourable Amelia Kyambadde went against what people wanted her to say, I felt offended,” he says.

Dr Hilderman adds that as someone who had sang for Ms Kyambadde alerting her not to betray them, he was offended as much as the electorate. “When I looked around I could not send anyone else but myself to dress up for the occasion and take over the function. That was the trigger,” he recalls.

Dr Hilderman first got a taste of the electoral process when he went to help his long-time friend Kyagulanyi when he contested for MP for Kyadondo East.
Kyagulanyi asked Kiyaga to manage his entertainment department in a project that many saw as the self-styled ‘ghetto president’ taking the ghetto to Parliament.

“It was more like an artiste versus those we thought were politicians. I had the chance to see how political campaigns are conducted, how funds are mobilised and the entire concept of putting together a political campaign,” Dr Hilderman recounts.

When Kyagulanyi won, Paul Mwiru and Asuman Basalirwa who were contesting for MP in Jinja Municipality East and Bugiri Municipality respectively, sought Dr Hilderman’s input in handling the entertainment component.

That way, he became tied to politics. When the People Power movement started gaining ground in different parts of the country, there was no candidate in Mawokota North, so he made a decision to actively participate by standing as MP in the constituency.

“I have the qualities and qualifications. After all, our people were betrayed. I decided to go and represent my people.”
Taking part in the political processes has been an eye opener. It is a different world which Dr Hilderman observes has been heavily capitalised.

“Majority of the voters don’t concentrate on what they need, but on what you leave for them in terms of drinks and ‘small money.’ It doesn’t matter if you’re forwarding important issues which hinder their development, they are not bothered. We had to change and offload that mentality, which has not been so simple,” he explains.

As NUP candidates, Kiyaga says they mobilised the electorate to ‘regain their worth’ in anticipation of improving their areas.

Propaganda was another challenge. “People could not believe that I had independently contested. When I introduced the idea to the voters, propaganda emerged that I was sponsored in the contest by Kyambadde then another strand was that I was funded by the State machinery so at any one time, I had issues to deal with,” he explains.

He needed to focus and concentrate on convincing the voters about his honest nature and character. Three years back, he had to relocate from the comfort zone to live, connect and bond further with the voters to know him better.

To him, he needed to earn their trust beyond just knowing that he was a ‘son of the soil’. That also offered him a refreshing appreciation of the challenges the people of Mawokota North faced daily.
The constituency Kiyaga grew up in is different now, and has taken on a semi-urban outlook, and naturally a change in the needs of the people. In addition to his political contest, he was assigned to run People Power activities in the area which was empowering too.

“May be if I hadn’t moved, it would have been hard for me to traverse the whole area,” he said.

To that end, he is grateful to the commitment of his friend and NUP party President Kyagulanyi who gave him a push and personally followed up on his campaigns, much as his movements were frequently limited by security organs.
Mawokota North is faced with recurrent land wrangles that have pushed some locals into homelessness. It is one of the issues Dr Hilderman has promised to iron out as a priority.

“Clean water is an issue which is a health issue. I would like to see to it that every village has clean water and power through the rural electrification programme as well as alleviation of poverty through skilling initiatives,” he adds.

He was born and raised in Mbute village, Kamengo Sub-country, Mawokota country in Mpigi District to late Maurice Nsubuga Namusaanga and Margaret Nakanwagi Nsubuga, who still lives in Mbute, Kampiringisa.
He is the fifth born from an extended family, and is married with children to Cissy Winans Namuddy Ssettumba Kiyaga.