Cousins who are bonded by their passion for music 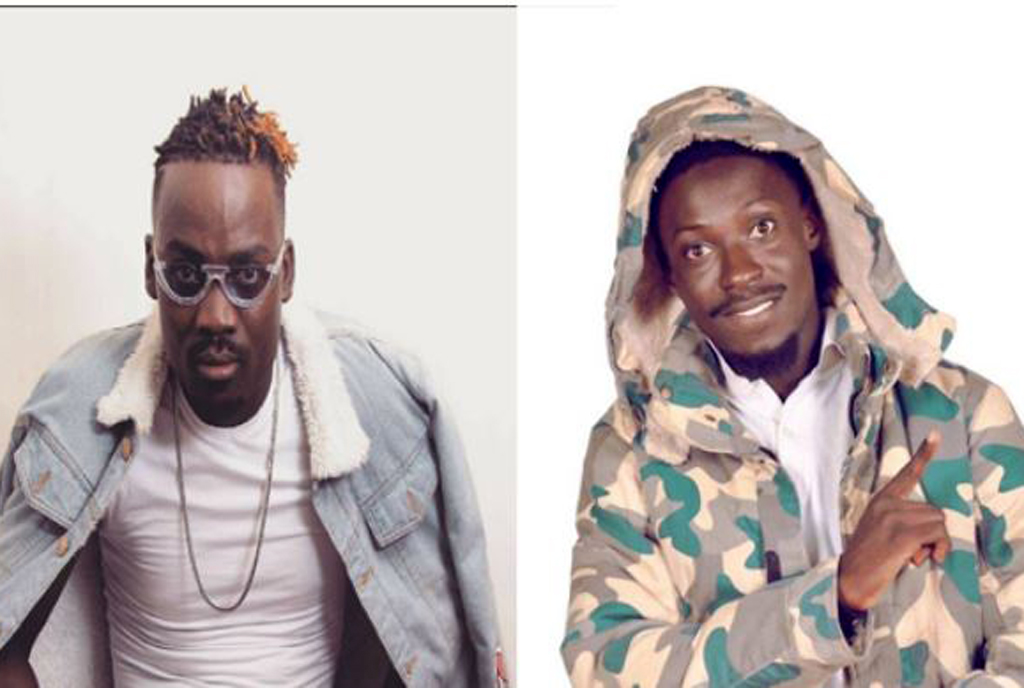 Not just friends. Best friends Job Wambette, alias, Masta Beatz and Inspector Jill, real name, Gilbert Wanda are music composers, producers, singers and performers. They run a music studio in Mbale City. The duo talked to Olivier Mukaaya about their childhood and what they are up to.

What kind of relationship do you have with Inspector?

Inspector Jill is a friend, brother and music partner.

At  what point did you become best friends?

When we joined Senior One but, in our childhood, we were just friends and playmates from the same village neighbourhood.

When and where did you meet him?

We grew up together, so we met many years ago.

What is the  funniest memory  you have  of  Inspector?

About 10 years ago before we started music, we used to do comedy and he was the funniest dancer, actor when it came to plays.

Inspector Jill is funny, friendly and a good business administrator.

What do you dislike about him?

Hahaha. He is too funny when we are together. I cannot stop laughing at his jokes. Sometimes I laugh until I feel pain.

Tell us about the craziest things you have done together.

I would say probably dance in studio while recording sweet vibes.

We pull off imaginary strokes and sometimes keep going long   after the music has stopped playing.

What nickname do you call him?

Isolo which means  an animal that is always hunting and it is part  of his musical  tag  “Isolo Isolo”.

Have you ever teamed up to fight someone?

No, I do not remember us teaming up to fight someone.

How far can you go to help Inspector Jill?

I would go as much as I can to help him because he has been there for me. I would do anything for him with the help of God.

What do you have in common?

Music, brotherhood, and we are men who believe in what we do and what we need to archive with time. But mostly we are God-fearing people.

What kind of relationship do you have with Masta Beatz?

He is my business partner, best friend and cousin.

At what point did you become best friend?

We became best friends when we joined secondary school but when we were younger, we were friends but our friendship went to another level when we joined Senior One.

What is the  funniest memory you have of Masta Beatz?

In 2010, I made my first music concert in Bubulo (Manafwa) neighbouring district of  Mbale and I asked Masta Beatz to give me his Nokia smartphone so that I could show off as a star.

He gave me the phone but unfortunately I lost it the same day when I put it as collateral for fuel to run the show that flopped terribly. He had no option but to leave the phone that cost his mum Shs320,000 for just Shs40,000 worth of fuel at a petrol station.

He never asked me for it but I think his mum caned him.

Masta Beatz is a free soul and straightforward. I enjoy working with him, besides he is always supportive and gives me full positive vibe.

What do you dislike about him?

Sometimes he annoys me, especially when he has troubles to deal with.

He never shares however much you seek to know, he will only reveal it weeks after sorting it out. This is a habit I wish he could ditch.

What are the craziest things you have done together?

We have not done so many crazy things together but at least we managed to come together to run as AMB production and audio production studio in Mbale City. We are crazy about music.

What nickname do you call him?

Master B which is just a provocative moniker to mean Masta Beatz.

Have you ever teamed up to fight someone?

None of us is violent, so we never really teamed up to fight anyone.

How far can you go to help Masta beatz?

I can go as far as I can to bail him out in any situation and I am sure he would  leave me in trouble too.

What do you have in common?

We both do music, we compose, produce, sing and perform.

This explains why we run the studio together.

How long do you take to meet up?

We meet daily, and we spend most days together brainstorming on the future of our studio.

Which international  artiste  do you look up to?