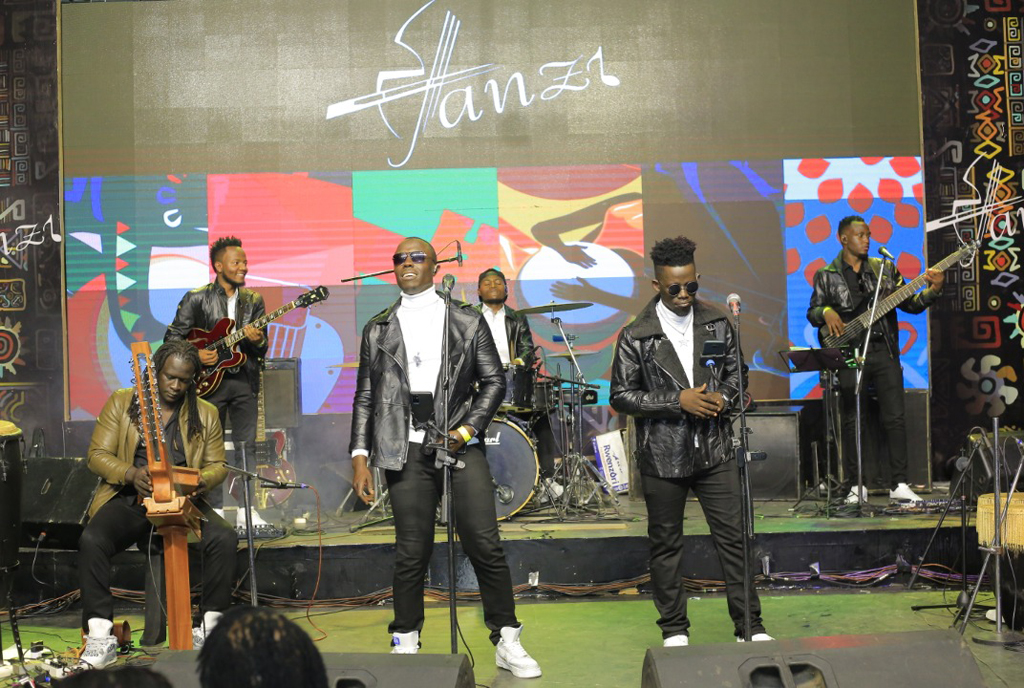 Janzi Band was established thirteen years ago and it has positioned itself as one of the best in the industry as an Afro-Jazz band spearheaded by Ssewa Ssewa.

On Sunday, they organized their first show at Motiv Warehouse where they put up a stellar performance alongside Jamal. 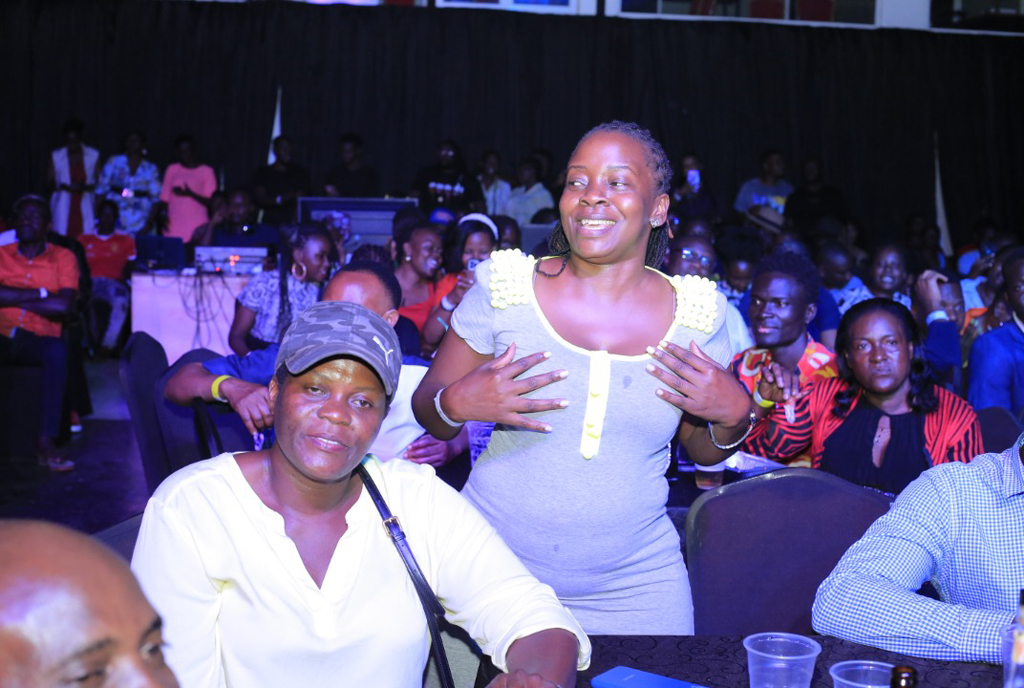 The nine-member band performed for over an hour doing covers and original compositions, opening with ‘Eka Ewaffe’ among other songs.

Their session set the crowd into a dancing and singing mood, especially those who knew the lyrics of some of the songs they did.

Ssewa Ssewa also got the chance to play his Janzi instrument that he created a few years back. 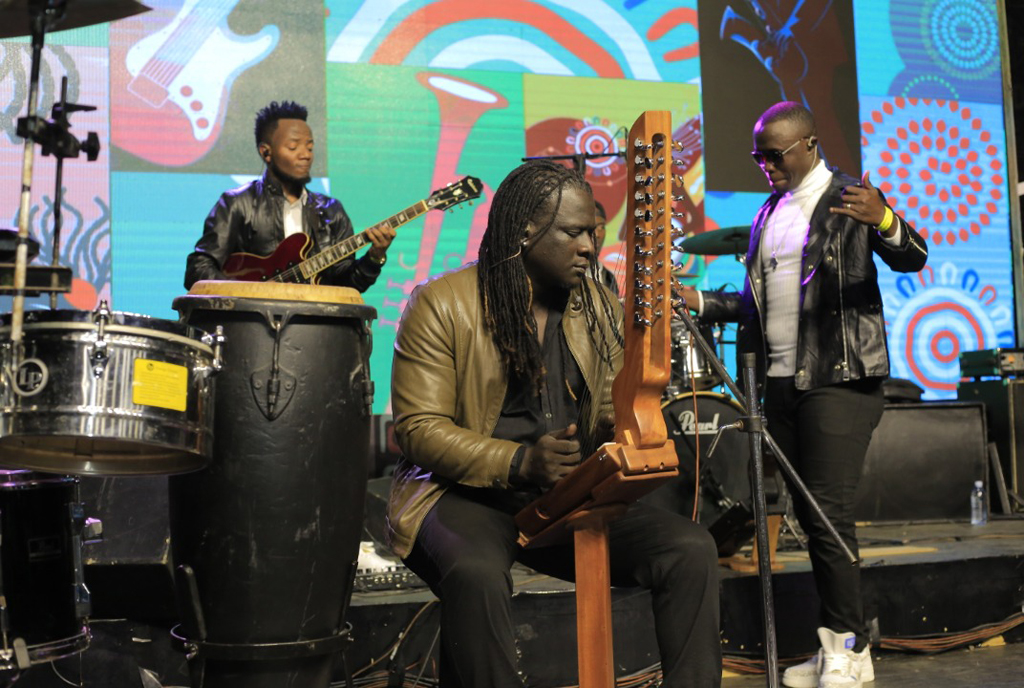 After Janzi band, Jamal Wasswa took centre stage at the event that attracted hundreds of revelers. Being a lady’s man, it was the women who made the most noise when he was announced as the next performer.

Jamal did not disappoint as he performed to everyone’s expectations starting with ‘Ng’olabye‘, and following it up with ‘Anavawa‘. By the time he got to ‘Ononsonyiwa’ and ‘Abakyala Bazira’, everyone in attendance including Bebe Cool was on their feet singing along. 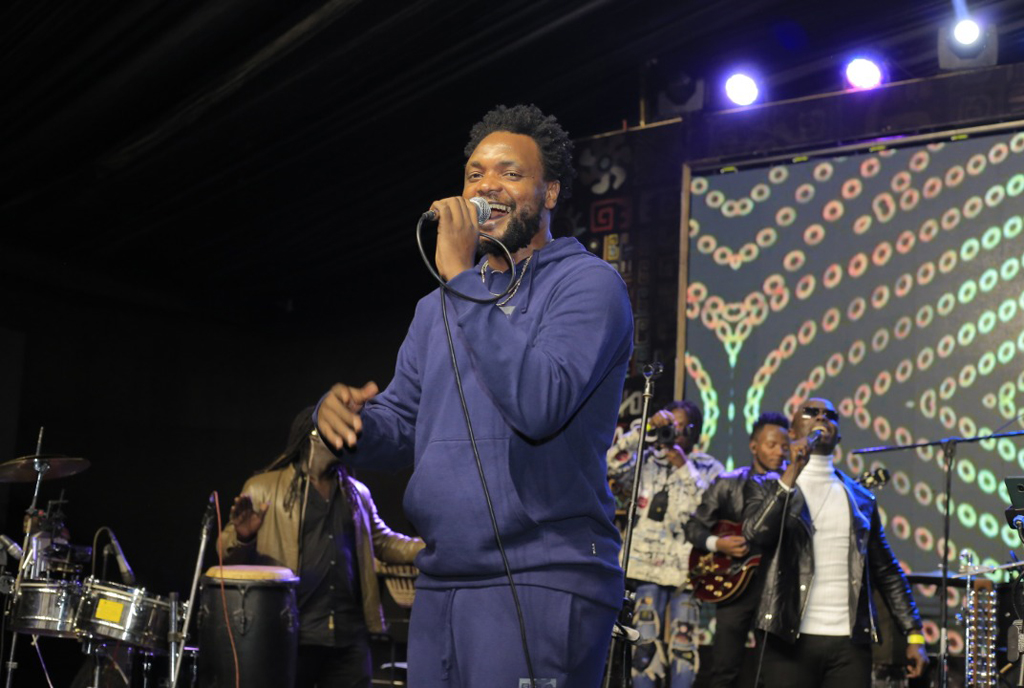 The night also saw Jose Chameleone and his brother Weasel perform last at this event that was organized by Talent Africa.