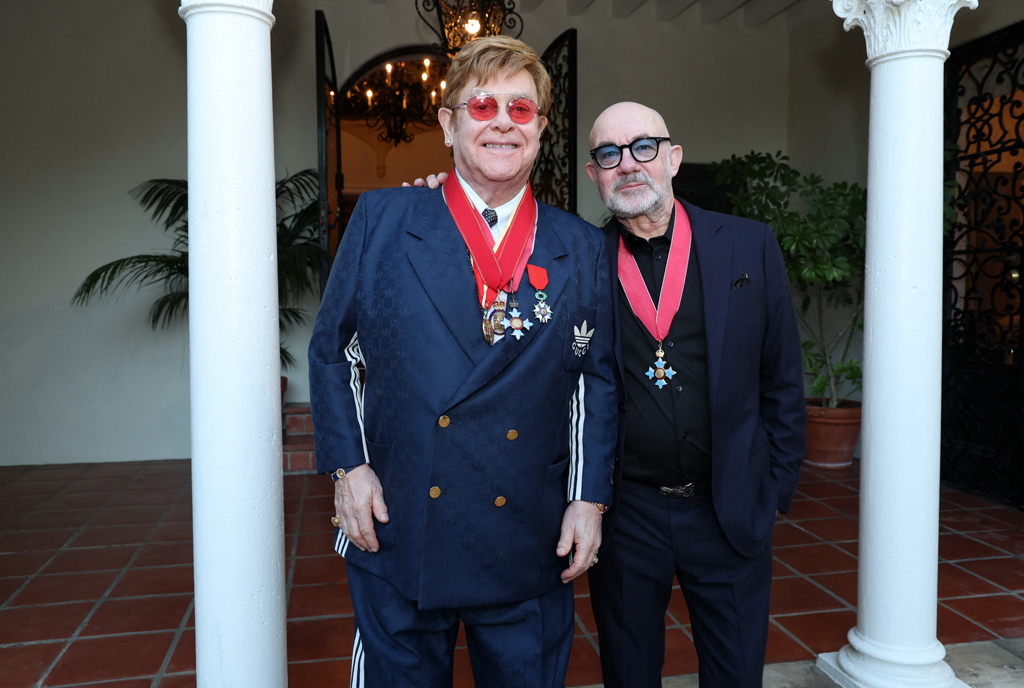 Clad in a sequined bathrobe, Elton John signed off the final US concert of his farewell tour Sunday with a typically flamboyant show in Los Angeles, the city that helped launch him to global fame half a century ago.

John took to the stage of the Dodger Stadium — the baseball arena that played host to two of his most celebrated, career-defining shows in 1975 — for what he said was a “very special, very emotional” concert live-streamed on Disney+.

“As you know I am stopping touring and this will be my last concert in America and Canada,” he announced before bringing on stage his husband David Furnish and their two sons, with whom he plans to spend more time.

The 75-year-old British musician has had a long, deeply reciprocated love affair with Los Angeles.

As portrayed in the hit 2019 biopic film “Rocketman,” John’s nascent career was given a stratospheric boost by his debut US show at the Troubadour nightclub in West Hollywood in 1970.

“You know what? I became successful first in America,” John said on Sunday.

“You bought the singles and the albums and the 8-tracks, the cassettes, the CDs. And more importantly you bought the tickets to the shows.”

Over the first half of the 1970s, John released countless hit songs, dominating the pop charts with tracks such as “Your Song” and “Tiny Dancer,” and honed his extravagant on-stage persona.

That era culminated in two fabled nights in 1975 at Dodger Stadium, where he performed to a packed audience in a bespoke, sequined version of the baseball team’s uniform.

In a nod to the past, John re-emerged on stage Sunday for the concert’s encore dressed in a Dodgers-themed bathrobe and pearl-lined baseball cap.

“Be kind to each other, OK? And farewell!” he concluded, before launching into his anthemic “Goodbye Yellow Brick Road.”

The career-spanning set, featuring hits from “Crocodile Rock” to “Candle In The Wind,” drew raucous cheers and singalongs from about 55,000 fans, many dressed in feather boas, sunglasses and — of course — sequins inspired by the singer.

Some held signs letting the singer know they had attended dozens or even hundreds of his concerts.

“It makes me so happy to see you when you wear the most fantastic costumes and you’ve been to so many shows,” said John.

‘Long journey’
The Disney+ platform, which has recently moved into live-streamed events, is making a documentary about John, culminating in his current “Farewell Yellow Brick Road” tour.

Already the third-highest-grossing in history, at over $660 million according to Billboard, the tour still has about 60 dates across Australia, New Zealand and Europe ahead.

It began in 2018 but was postponed several times due to the pandemic and a hip injury suffered by John.

He has not ruled out further solo shows when the tour ends in 2023.

On Sunday, John was joined on stage by Dua Lipa, to perform their recent hit duet “Cold Heart,” and Kiki Dee for their 1976 classic “Don’t Go Breaking My Heart.”

“It’s been a long journey.”