Big moves: Born Rowland Raymond Kaiza, Big Tril has had the biggest song by a Ugandan artiste. Parte after Parte was so big that it got the attention of global artistes like Wizkid, Cardi B and Offset, among others. It was even played during the unveiling of Thomas Parte to Arsenal. With this blessing, a lot has been happening in Big Tril’s life, including relocating to Nigeria. He shares his progress with Isaac Ssejjombwe.

Ugandan musician Big Trill. Big Tril says we have over focused on Nigerian music that we have forgotten our own. PHOTO/COURTESY

You have been in Nigeria for two years now. What were you upto down there?

I had gone to Nigeria to expand my horizon and learn how the engine of the African music industry runs.

Why Nigeria and not any other country?
Nigeria is the engine of the African entertainment industry; talk about movies, music, anything to do with entertainment, it is good there and they are growing towards a global market, so I wanted to see how they are doing and maybe learn a thing or two.

So, are there lessons you have learnt from Nigeria?
There are quite many, for example how to distribute music, how to get an international sound, how to set up structures in the music business and have a fully functional industry that supports the artistes, all down to the promoter. There is a whole lot that I have learnt that I cannot put in one sentence.

How have you been surviving while there?
I am signed to Striker Entertainment, a Nigerian label that is based in Uganda so when I was in Nigeria it was more of the same because I had connections there so it was easy for me to be in Nigeria for two years.

What have you been upto the past two years?
Well, Covid-19 happened but even during the lockdowns, I decided to learn more about music production because I am a producer, so I was expanding my knowledge. I was also was getting more in sync with Africa’s biggest industry, learning a few things and making connections.

What are they doing right that we are not?
We are doing a lot of things right but since we are so focused on Nigeria, we are forgetting we are doing things right. Look at this year alone, where a couple of Ugandan artistes who have filled up Lugogo Cricket Oval and other venues is jaw-dropping numbers. 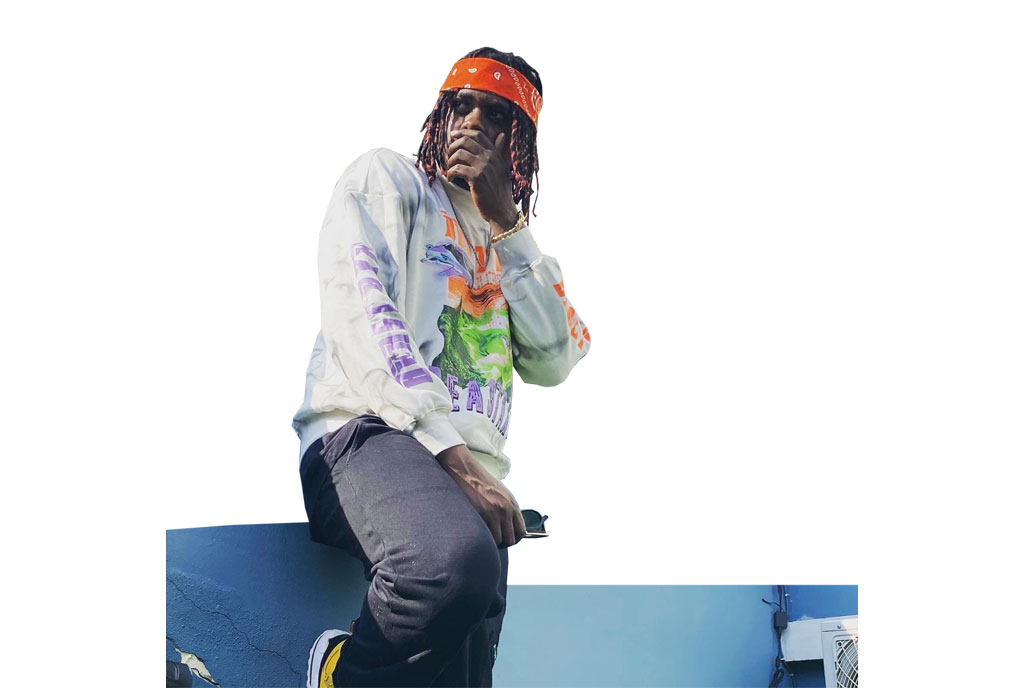 The oval was previously known for international artistes but Ugandan artistes are filling it up, so we are doing things right but it is just that we are focusing on Nigeria rather than concentrating on our own.

Of course their distribution chains and channels are good because most of them have deals with international labels that have good distribution, they have infrastructures and structures that protect artistes and their art. Their market is good, their producers are embracing the African market using African instruments, which makes their music more authentic.

Why did you decide to return to Uganda?
It has been two years since I was home. I had not seen my family for two years, so I had missed my people. I feel I did not perform enough because as the song blew up, two, three months later, I left, so I had to come back home to see my family and see how our music industry is progressing.

Do you plan to return to Nigeria?
Definitely. It is not good staying in one place, so I will have to go back.

What opportunities did you get in Nigeria?
I cannot disclose that now because I am required not to but I got some opportunities.

You had the biggest song in Africa (Parte after Parte) by the time you left. How many shows did you perform at?
Honestly, I cannot count. The only thing that slowed me down was Covid-19 and the lockown but there are too many shows I performed at. I will have to sit down and count.

You got endorsements from Wizkid, Cardi B and Offset for the song. How did you feel about this?
That was the first Ugandan song to cross borders and it was great seeing all those international acts I thought would never listen to my music. Listening and dancing to one’s music is one of the best feelings any artiste can get. The kind of global validation and having idols and artistes on a global tier recognising and loving your craft is a very good thing. One of the best ever since I started my career.

We heard you have a remix of the song with some big artistes. Would you be kind to let us in on that?
I cannot talk about the Parte after Parte remix, but very soon because non-disclosure agreements are involved somehow.

If it was up to you, what would you change about the Uganda music industry?
Like I said, there are a lot of things going on right now but I would encourage artistes to venture out more. We need to create a culture in the industry for artistes to take on the international market. It is scary leaving your home because if you have a market down here, why would you leave it?

There are so many unknowns out there. It is uncharted territory, you do not know if you are going to make it or not, so I would want us to create a culture that encourages artistes and let them know that it is okay to want bigger by venturing out. It is a culture that artistes such as Kenzo, Azawi and myself are making through collaborations, among other things.

But I would like to credit Swangz Avenue because they are single handedly going to be responsible for changing our Ugandan sound with the setup of their music academy. They are grooming producers how to produce music professionally and I bet in the next four years, the industry will change.

Some people feel the song became bigger than the artiste and that you have failed to keep up. Do you agree?
I usually laugh at this question because it is not easy to have a worldwide anthem. I was blessed enough to have that. I have had big songs in my career because I take time with my music. Every artiste has their own strategy, some release music every month, others every after a year and I also have my own strategy on how I release music and when you release something good, you have to suck it in and take time to appreciate it. Before Parte after Parte, I had taken two years without releasing music, so it is just that I move differently and people are not used to how I move but they will catch up.

With the success of Parte after Parte, would you say you are the biggest hip hop artiste to ever grace Uganda?
I do not quantify my contribution to the music industry like that, I do not care about the biggest or smallest or the best. I just want a legacy and that is all. I want people to look back and say; that guy opened some doors for artistes to go to the international market, or he inspired souls to show them that they can make a hit song and I am not the first person to have a hit song in Uganda in English. 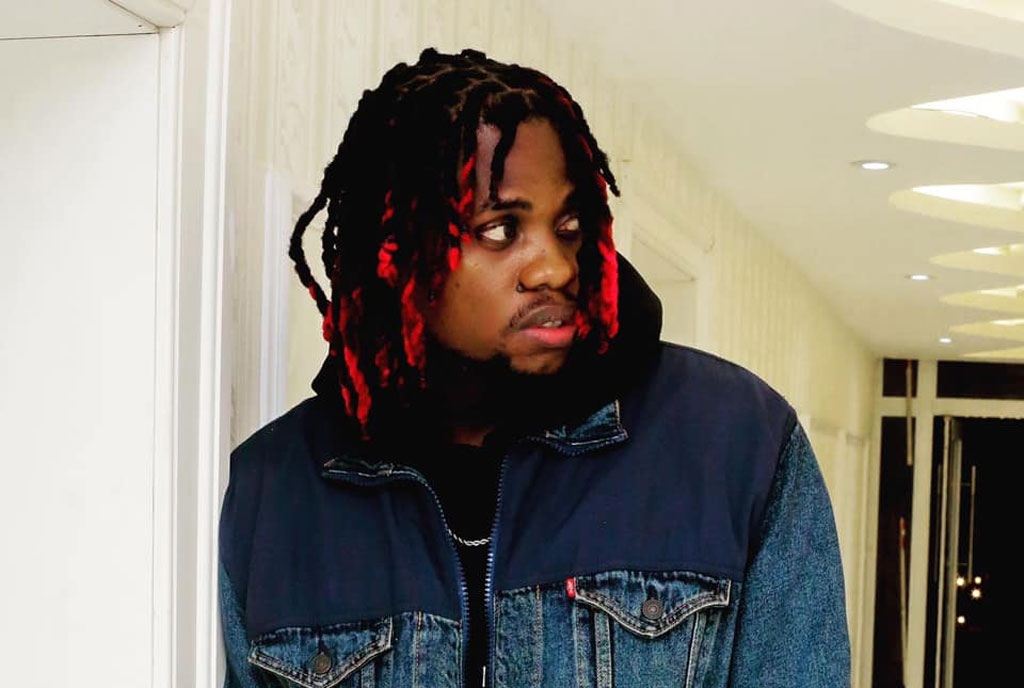 Bebe Cool did it with Love You Everyday, Navio has done it on numerous occasions, so it is about inspiring and not about being the biggest, having the most awards.

Should we expect a show from you?
Let us just watch the space.

Are you still signed to Striker entertainment?
Yes I am.

You are also a producer. Talk about your projects and the production journey?
I have not produced for many artistes but most of the beats I have been using, I self-consume. I get high off my own supply so most of the beats have been mine, for example I produced Parte after Parte, Mamacita, so most of the songs going four years back have all been produced by me but I am also looking at producing for other artistes as well because I have a branch of beats that I believe other artistes would ‘kill’. The journey has not been easy but requires determination, hard work and focus.

Are you guys planning anything as Baboon Forest Entertainment?
We are all doing our own things. I have been away, same as GNL, but we are definitely going to have a chat and plan to do a little reunion. I mean, I would be down for it but we have all grown as human beings, our skills have changed but it is all about sitting together and planning with the boys.

Besides music, what else are you into?
Farming. I am also getting into real estate ,so I am basically transitioning into being an entrepreneur as much as I am still an active musician, looking to set up my own label and also getting into TV, although I cannot expound on that for now.