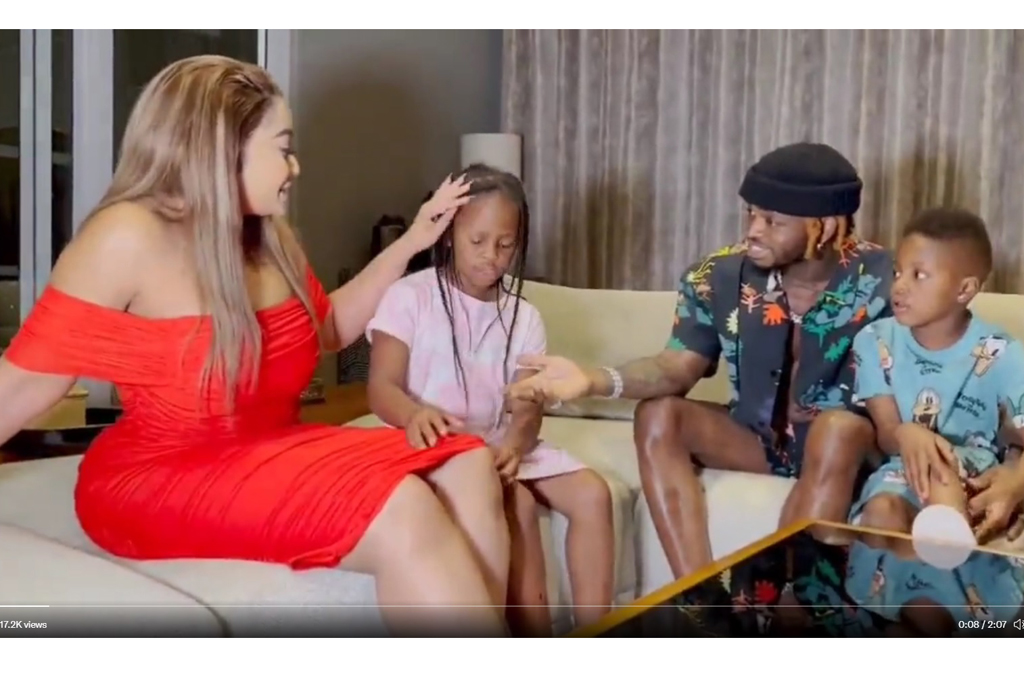 South Africa- based Ugandan socialite and Diamond’s baby mama Zari Hassan has spoken out about the controversial video of her and the star being confronted by their two children about breaking up their family.

In the video, Diamond was asked about having other children with different girls, but he said it was a music video.

This led to him even being blasted by his mother, Sandra Sanura, for lying to his children. He has since deleted the video on his Instagram page.

Well, on October 19, 2022, Zari was interviewed by a Ugandan blogger about the whole video.

In her defense, the mother of five said her children had been asking her about them not living with their dad around.

“It’s a general thing of children asking why are we not with our father. So for me, it was like, ‘No, ask your dad.’

Zari said everyone is aware she did not break her family.

“I think he, Diamond’ will be in a better position to explain. It’s public knowledge I didn’t break up that family. At the end of the day, I played my part.

READ: Zari: What’s wrong with me dating a younger man?

At some point, they will understand where I am coming from and be like why didn’t you tell us the truth another time? But it’s okay.”

While appearing on the Young, Famous and African, Netflix reality show, Zari vented out her frustrations about having to defend Diamond’s cheating allegations.

“Baba T, you know I was there for you like I would deny for you, I would take a bullet for you, but every time I did that for you, I stood for you, you did the opposite.”

Diamond tried explaining himself, “I can tell you the truth…”

But Mama T interjected, saying, “The 20 times I did that for you, you only came through twice. Me and the kids were being attacked. I had nowhere to hide Baba T.”

Zari continued, “I believed you were my partner, you were the head of the family. Your job was to protect me, guide me, lead me, advise me, you did not do that. I was left alone standing alone thinking where do I go? You were supposed to be there for me.”

Diamond was dumbfounded and could not defend himself or his past actions.

After the breakup in 2018, Zari said among the main reasons she dumped Tanzanian star Diamond Platnumz was because he was a serial cheater.

She said the girls were many, and in some instances, there were pregnancies involved.

Speaking during a candid interview with Toke Makinwa, Zari shared, “All that glitters is not gold. We tried making it work but it never did, we were in a long-distance relationship.”

Zari revealed, “He would sometimes fly to South Africa and I would fly to Tanzania. There were a lot of infidelities.

There were stories of different girls having abortions for him. But there was this one particular girl (Hamisa Mobetto) who decided to keep the pregnancy. For the whole nine months, I would listen to stories.”