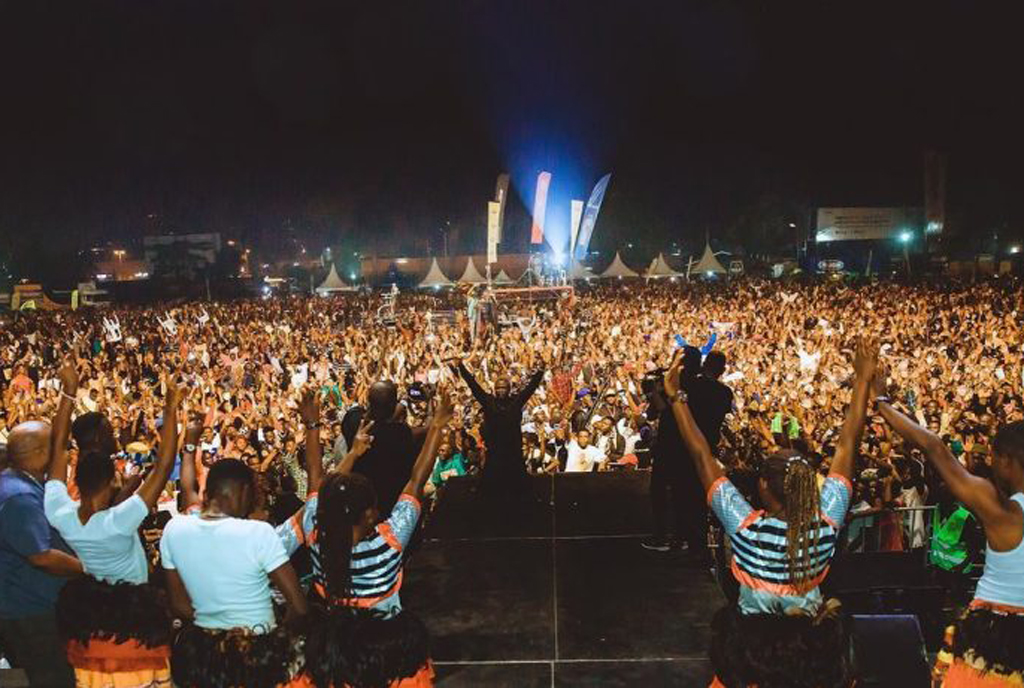 Singer Gravity Omutujju had his first concert after a two-year break last Saturday evening at Cricket Oval. He got a good crowd considering that other events were happening on the same day in Kampala.

With these numbers, the ‘Mbuzzi Zakutudde’ singer had all the bragging powers that he is the ‘King of cricket oval’.

“Am the king of cricket Oval..4th time record breaking at the oval,” he posted.

He further went on in another post saying that 30,000 people attended his show. This is the fourth time Gravity is having a concert at the same venue but saying that he’s the king is perhaps an overstatement.

Artistes like David Lutalo, and Jose Chameleone have previously had bigger numbers in attendance than Gravity according to some people.

According to journalist Daniel Lutaaya, Gravity was still breastfeeding when Chamelone was filling up stadiums.

“This kamanyiiro must stop. The only Ugandan musicians we can compare to @JChameleone are in the Grave. Maybe when he also joins them, they will have a battle of the champions concert in heaven. Gwe Gravity, Chameleone was filling up stadiums when you were breastfeeding.”