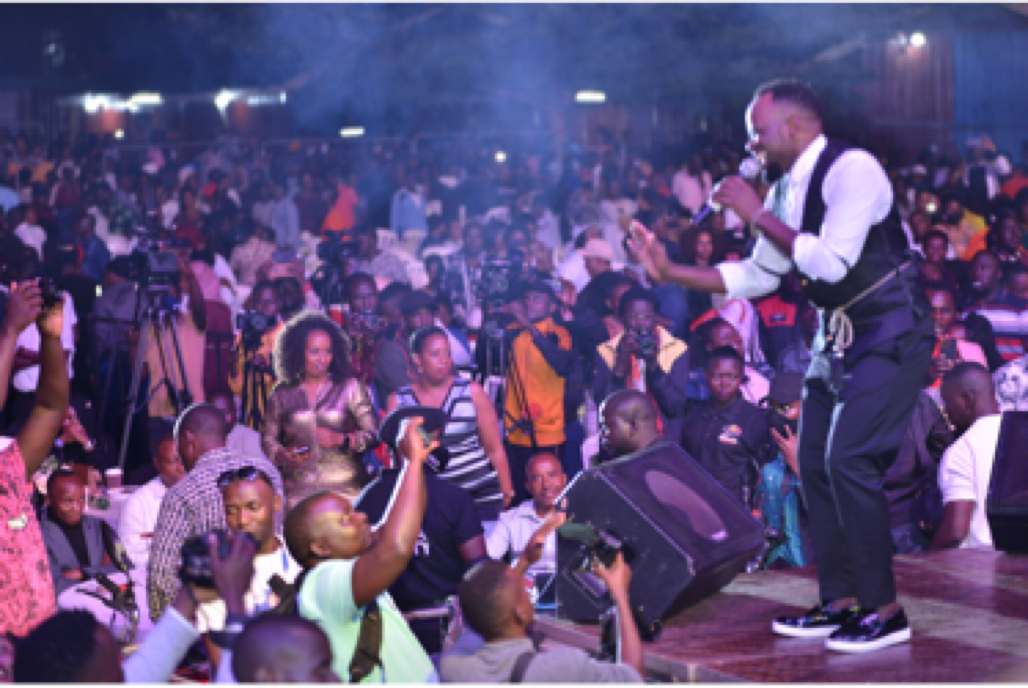 Having a successful concert is no longer David Lutalo’s concern. Like on previous occasions, he had a successful show last evening at Hotel Africana after three years of not holding a show due to the Covid-19 pandemic.

The last time he had a concert, was at Cricket Oval. One may say he was punching below his belt by holding this show at Africana which is a smaller venue compared to Oval but it was a brave move. With so many successful concerts happening, he had to be sure of surviving a flop thus having it in a place he knew he would thrive. 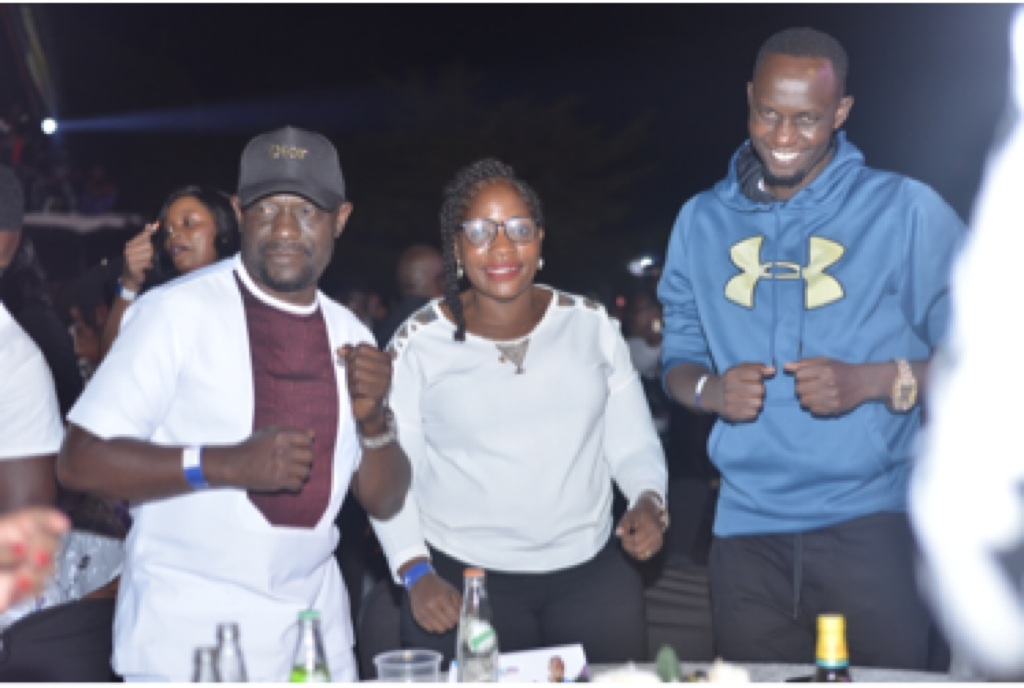 Lutalo being a ladies’ man attracted hundreds of them and the venue was full by 8:00 pm but still revelers kept walking in at least up to 9:00 pm. 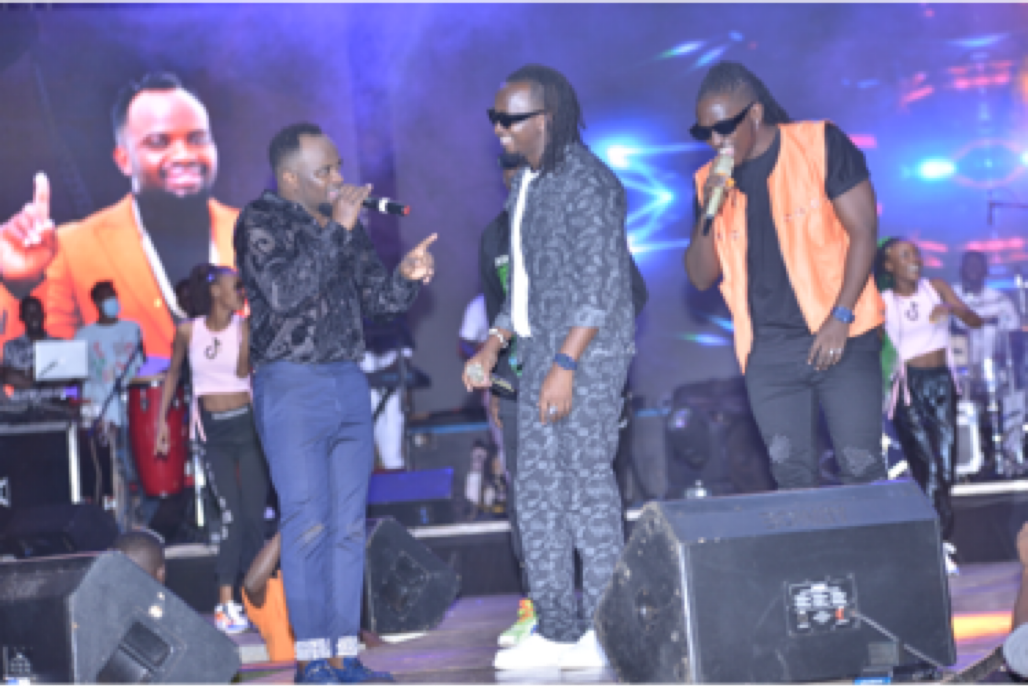 The man of the moment didn’t waste much of their time as he stepped on stage by 8:30 pm. He kicked off his performance with songs from his first album – Kapapala, mixing it up with others along his 14-year-music career.

He performed songs like ‘Wololo’, ‘Kwasa’, ‘Mile’ and ‘Gunsitula’ which was one of the people’s favorite. Lutalo’s performance was very engaging as he also did collaborations with other artistes doing ‘Awo’ with B2C, ‘Tokutula’ with John Blaq and ‘Am in Love’ with Shakira Shakira who even stole a kiss from Lutalo at the end of their song. 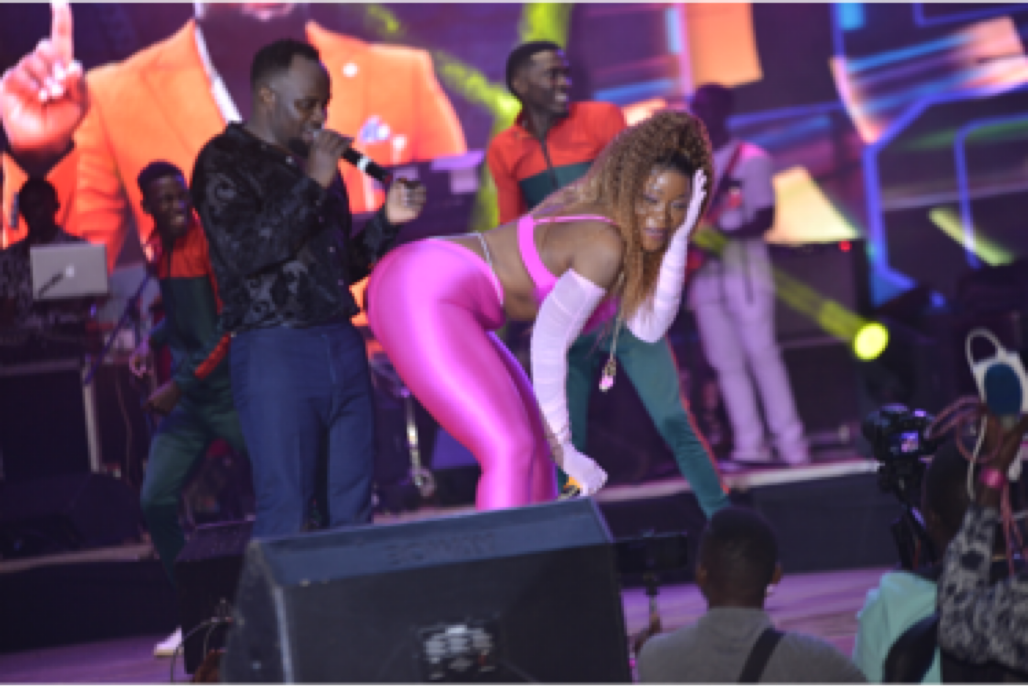 Other artistes who performed during Lutalo’s break were

David Lutalo returned on stage for his second session at 11:47pm and did only four songs including ‘Manya’, ‘Nkwagalila Dala’, ‘Eatzote’ and ‘Kabisi Kandagala’ for the night.

All photos by Michael Kakumirizi