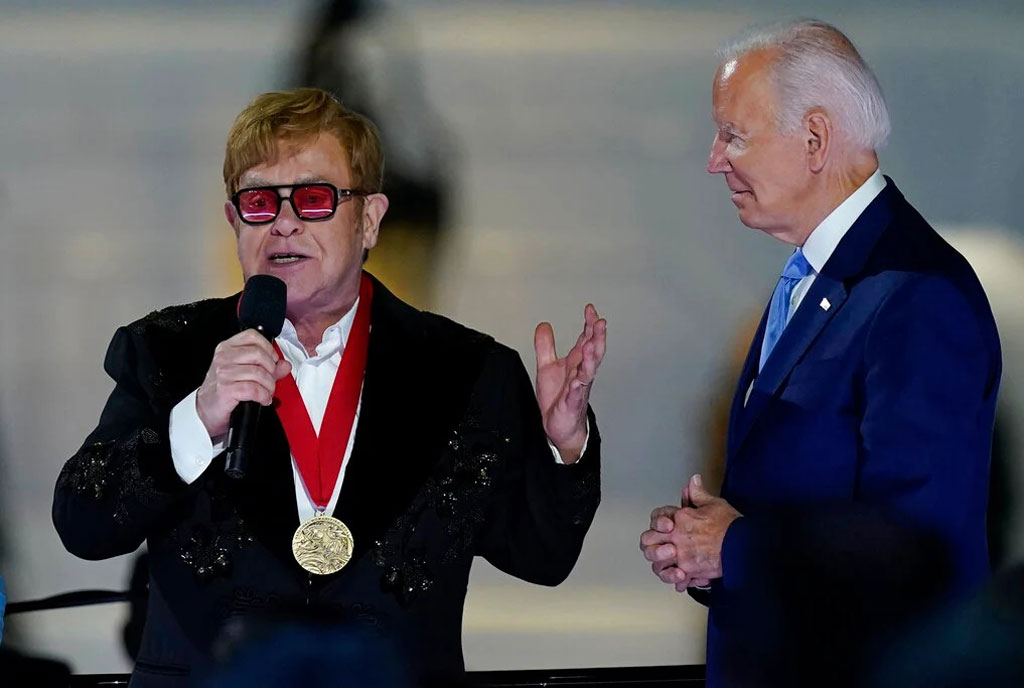 Elton John on Friday sang at the White House at the invitation of President Joe Biden, after declining invitations from his predecessor Donald Trump.

Dressed in a glittering black suit and wearing orange glasses, the 75-year-old pop icon sat down at the piano on the South Lawn of the White House, with the US presidential residence lit up in the background.

“I don’t know what to say, what a dump,” John joked as he took the stage to perform his 1970 hit “Your Song.” “I’ve played in some beautiful places before, but this is probably the icing on the cake.”

About 2,000 guests were invited to the event, including activists, LGBTQ campaigners, nurses, teachers and others. Also in attendance were Nobel Peace Prize winner Malala Yousafzai and former tennis champion and activist Billie Jean King, the White House said in a statement.

“It’s clear Elton John’s music has changed our lives,” Biden said. The singer spoke of the importance of fighting HIV/AIDS and thanked the United States for its role in battling the virus.

According to the White House, Friday’s event was meant to celebrate the unifying power of music. But as John performed his hits “Tiny Dancer” and “Rocket Man,” which were often played at Trump rallies, they were a reminder of the deep divisions in US politics.

John, who was on a marathon global farewell tour, thanked Biden for the invitation and also praised former US President George W. Bush.

“I just wish America could be more bipartisan on everything,” John said. At the end of the night, Biden surprised John by presenting him with the National Humanities Medal for empowering people to fight for justice.