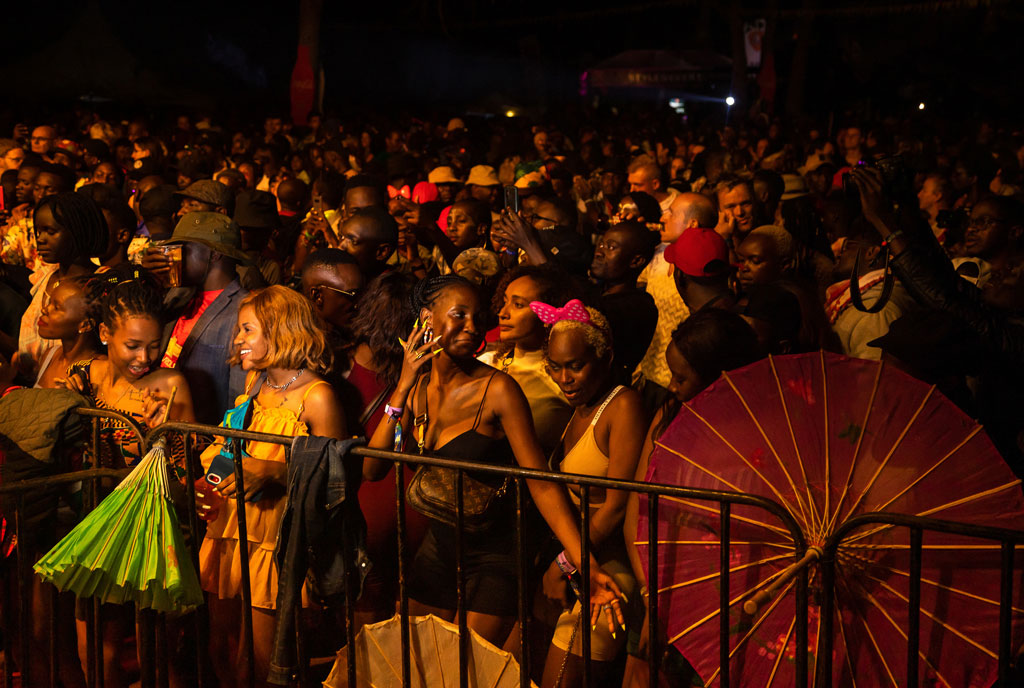 It is not all glory for Ugandan performers at the ongoing Nyege Nyege Festival at Itanda falls.

If you have attended a couple of past Nyege Nyege editions, then you know, by now, that partiers who flock in for this festival have something against artists lined up to perform on the various stages.

Many are usually looking for a stage with the most vibrant DJ than a singer. Others, on the hand, will prefer hiding in their own spaces. Precisely, the excitement for celebrated artistes is never a thing.

Navio suffered the same fate when he performed last night on the Nyege Nyege main stage. Clearly disinterested in anything besides what the DJ was playing prior to his emergence on stage, Navio was welcomed to a rather cold reception from the crowd, save for a few of his ardent fans who screamed in excitement.

Apparently, Navio proved too good for Uganda’s mainstream music industry as the Nyege audience that is synonymous with electronic music, looked at him as if he was an average musician testing sound as others left the audience.

Navio’s co- act, Dj Zato alias Zahara Toto seemed a jumbled as the Mc kept announcing her for nearly 20 minutes as she betted her set up in front of a waiting audience. Dj Zato later resorted to hyping the crowd that looked quiet unbothered.

The two acts failed to impress the audience that had been earlier, captivated by Cindy Sanyu and afro-neosoul artistes Brian Aliddeki and Kith Mugenyi.