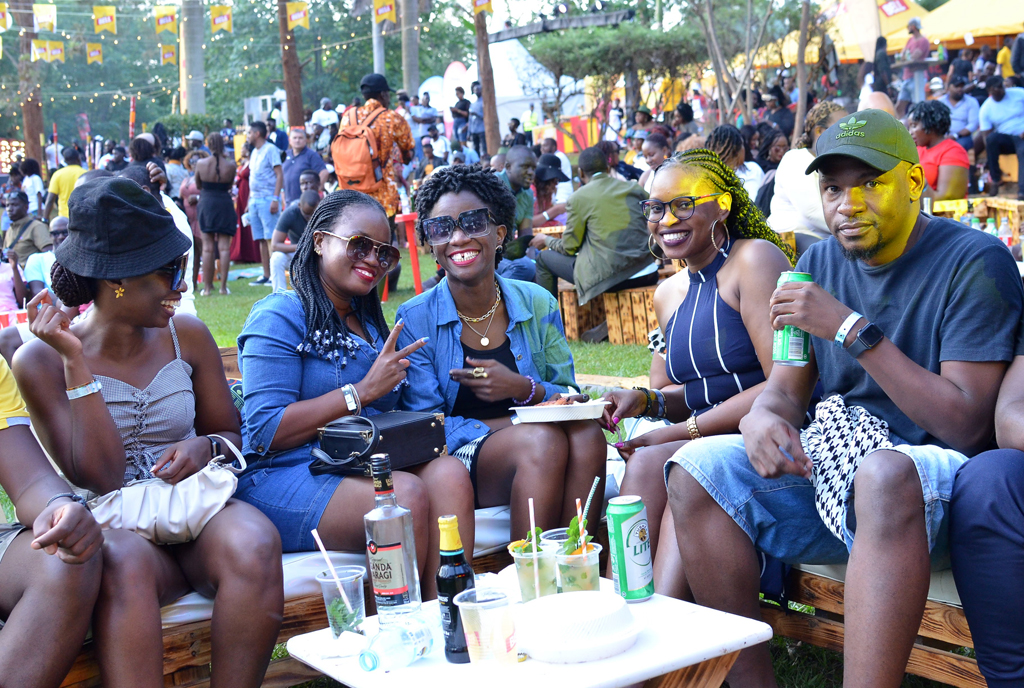 It is usually expected to find an act managed by Swangz Avenue performing at an event curated by Swangz, but that was not the case at this weekend’s Roast and Rhyme event that happened in Jinja.

But even though revellers did not get a dose of Azawi’s vibe, bits of Vinka’s sassiness or a serving of Winnie Nwagi’s fire, that did not dampen the artistic presentation at this Jinja edition of the event.

The mood was festive right from road to the main venue, as almost most of Kampala partygoers were unusually treated to free Bell Lager coupons at branded stopovers, especially at Namawojjolo.

Away from the usual activities that happen at events and festivals, at Nile Park the mood had a toast to tourism, where those in attendance took time to discover and experience the Source of the Nile as others enjoyed a boat cruise. 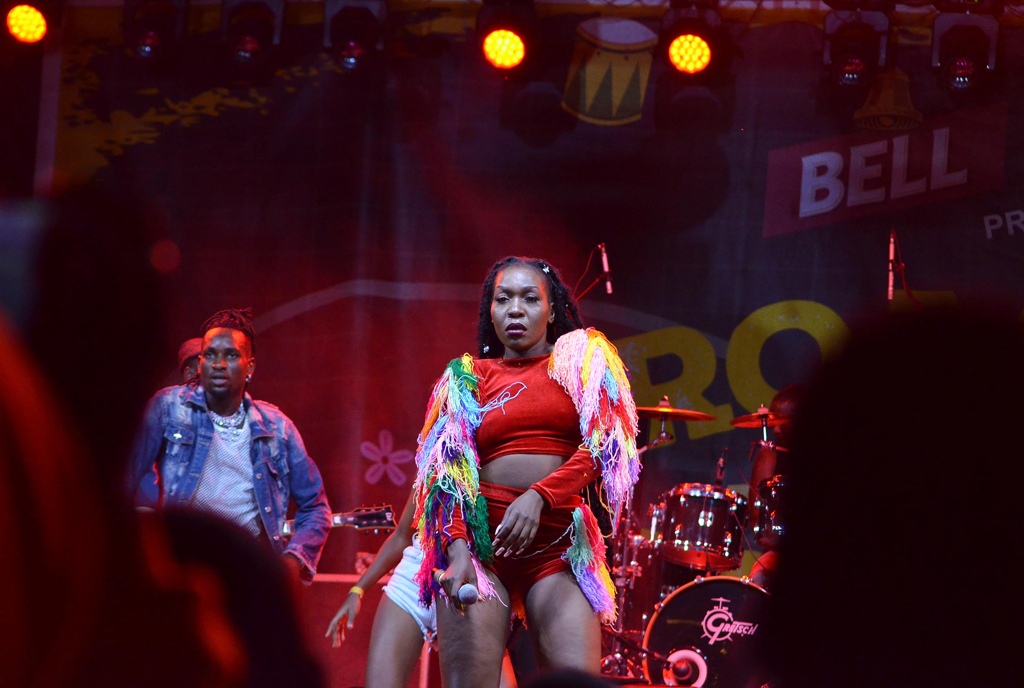 Karole Kasita brought on the vibe.

Saturday was the most eventful of the three-day event that had been designed to climax with a brunch at Forever Resort, which is also located on the River Nile.

Past the twilight, the DJ experience came to a halt to pave way for the day’s performances that started with Busoga’s musical princess Sandra K, whose usual electrifying performances began with her signature song Nali Ntamiire, which she performed with a band.

Sandra K’s performance did not last long as the MC of the day, Roger Mugisha, announced the barefooted Spider Mc who treated revellers to a fusion of poetry, hip-hop and beat boxing alongside Busoga’s Saint Abraham and Mose the beat boxer.

After two acts, the DJ took back the show to supposedly unleash Uganda’s regional unity through art. From Adong Romeo’s Yoo Leng, Kadodi and Nyimbire Omutanda, the DJplayed music from various regions as the party went on.

The show took shape again as Abeeka Band took to the stage and that is when the rhyming indeed took shape as the audience got engaged to sing along to most songs that the band played.

When the band left the stage, they left the audience asking for more, but renowned guitarist Myko Ouma was a perfect transition as he thrilled the audience, playing alongside Jose Sax, Dragu and Steve Keys. 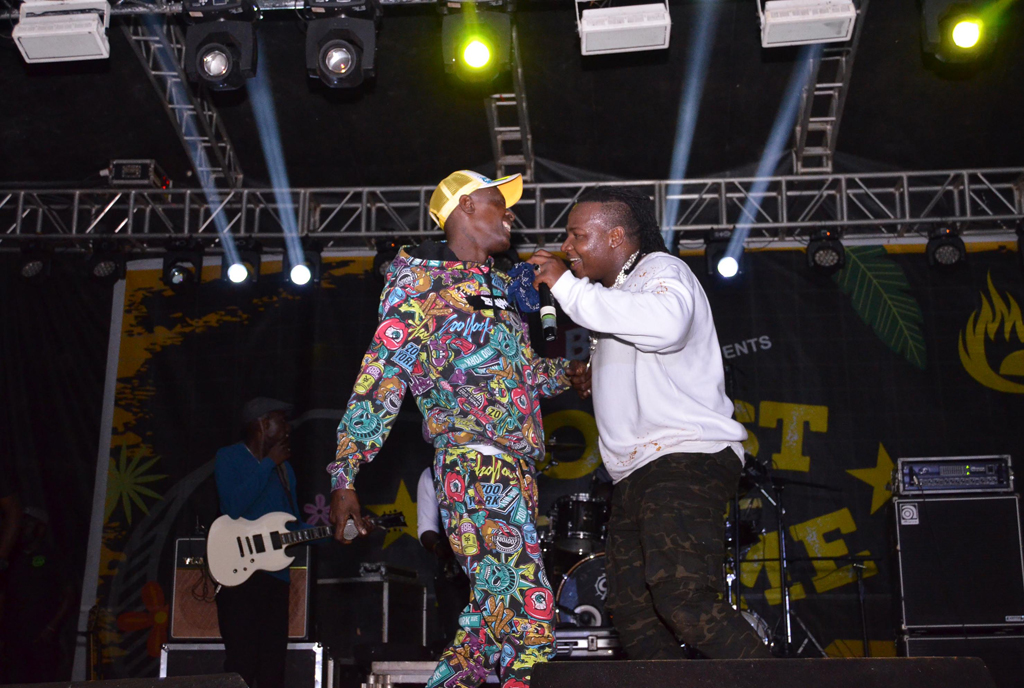 Zex joined on stage by Chameleone

Hours later, Karole Kasita stepped on stage with the perfect vibe and energy to turn things up. She was so impressive performing with a live band.

Singer Zex Bilanjilangi of the Magazine fame wrapped up the day in a live performance that also attracted legendary Jose Chameleone for a mash-up. At a few minutes to 11pm, performances came to an end and the DJ mixes took over. The Nile was lit and the enjoyment was plenty plenty.