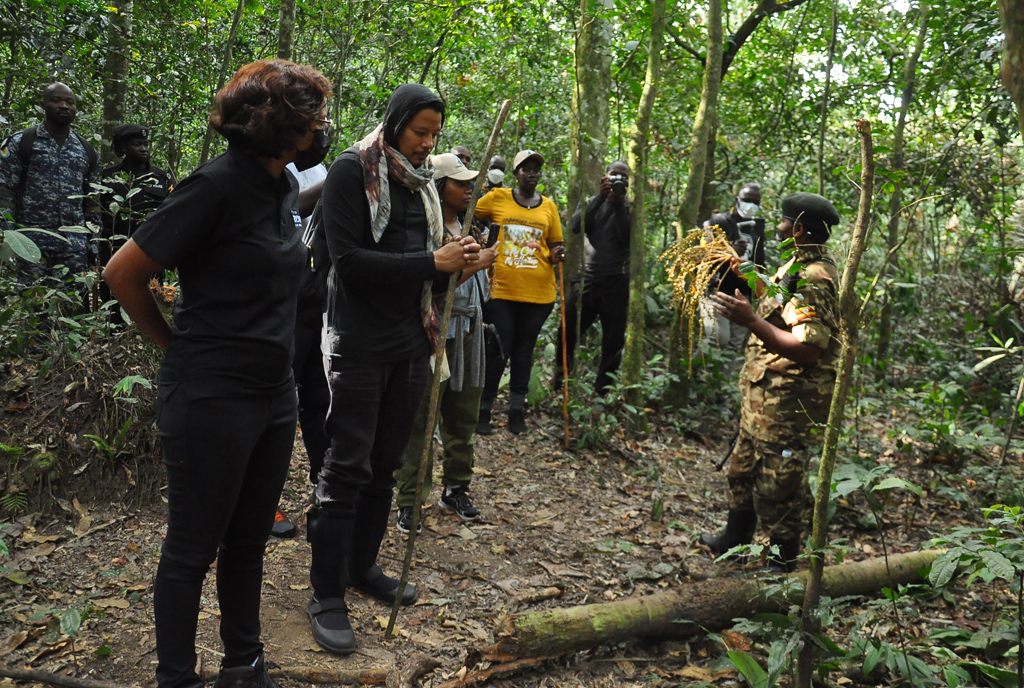 An American actor Terrace Howard has said his tour of Kibale National Park in south western Uganda gave him a better perspective of his roots while trekking chimpanzees.

“It had taken me a couple of years to have such experience but you do feel the connectivity, you see greater similarities in yourself there in those primate creatures,’’ Mr Howard said.

“The experience was more like those songs that we would hear on Christmas that welcome us home, so walking through here (park) was this music covered through the sound of the birds and the creatures, the movement of the chimps; it felt like something I had deep within my DNA. People need to make their way to places like Uganda,” he added.

The actor was in the company of the chief executive officer of the Uganda Tourism Board (UTB), Ms Lilly Ajarova, the Minister of Agriculture, Mr Frank Tumwebaze, among other officials, during a tour of the park at the weekend.

Chimpanzee trekking in Kibale park is one of the major tourism activities.

The park is about 795 square kilometres with a diverse ecosystem filled with primates such as the olive baboon, the red tailed, black and white colobus L’hoest and vervet, and Uganda Mangabey monkeys. The nocturnals include Thomas’ Galago, eastern/elegant needle clawed Galago and poto.

According to wildlife officials, the chimpanzees are referred to as individuals in their communities and Kibale has 15 of them. The forest accommodates more than 1,450 chimpanzees.

Ms Ajarova expressed optimism about recovering the number of tourists in the country to achieve a bigger impact on the sector.

“Last year, we got more than 500,000 arrivals into the country [down] from pre-Covid 1.5 million people. This year, we are seeing more numbers. We are confident that at this rate, we will be able to get to the previous number and even grow it. We should be able to have more impact on the tourism growth in this country,” she said.

According to Ms Sanyu Ediwig, the park’s accounts clerk, they record 92 visitors daily on average.

Mr Tumwebaze lauded Mr Howard for visiting the country and appealed to Ugandans to market their country.

“I thank Terrence Howard and his team for choosing Uganda to be their preferred destination, UTB for marketing our country. I appeal to all Ugandans to market Uganda. Uganda is a marvel to the world,” he said.

The government has been holding a number of campaigns that have since last year sought to help tourism recover from near zero growth.

The campaigns, among others, target recovery through riding on local tourism as well as using celebrity visitors to attract international arrivals.