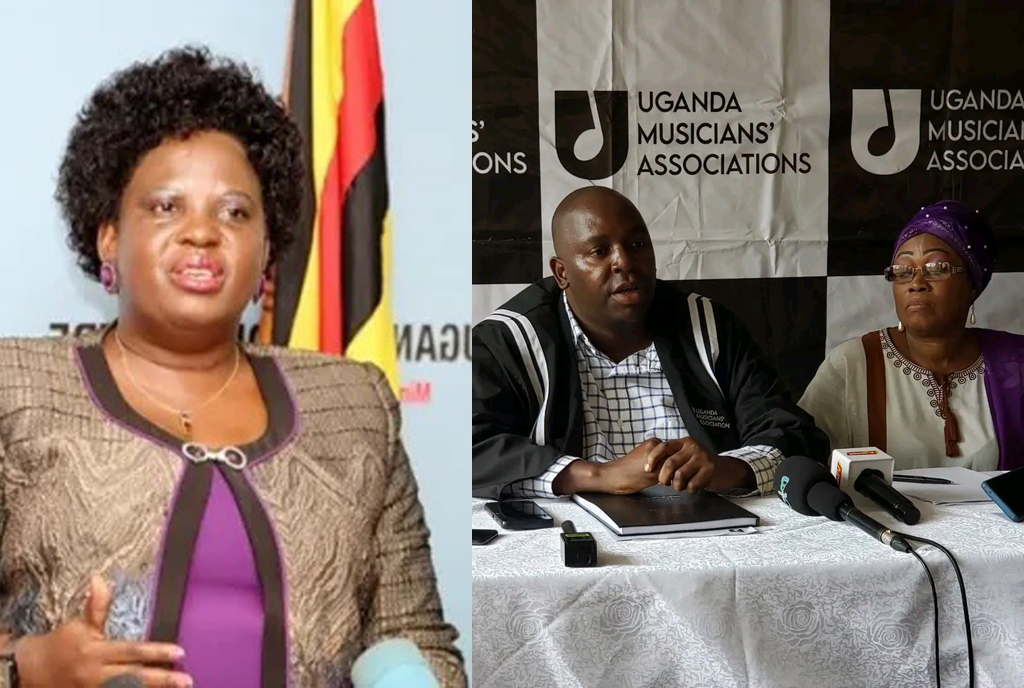 The Ministry of Gender, Labour, and Social Development together with the Uganda Musicians Association (UMA) Policy Board have put off the UMA elections until the ministry gets enough funds to facilitate upcountry UMA members to participate in electing their leaders.

Minister Betty Amongi committed to mobilising funds as soon as possible to facilitate upcountry members’ travel to Kampala to cast their votes.

In a letter dated June 27, which was received by Godfrey Ekongot, the UMA Electoral Commission chairperson, Betty revealed that the ministry and UMA policy board agreed to postpone the elections that were to happen today, June 28.

She further revealed that the decision was taken following the unreconciled issues she raised in her communication to the UMA elections committee chairperson and a letter that was written by Peter Ojede, the Executive Director of Uganda National Cultural Center (UNCC) that called for postponing of the elections.

Amongi had earlier questioned the relevance of the UMA policy board in overseeing the activities of UMA quoting Article IX section 1(F) of the UMA constitution that mandates the chairperson of the executive board to appoint an election committee of three members, none of whom are candidates to conduct elections.

She also highlighted the issue of petitions from the Soroti-Teso Cluster, Mubende Cluster, Ankole-Kigezi cluster, and Northern Region cluster comprising Acholi, Lango, Karamoja, and West Nile where upcountry musicians are arguing that the Electoral committee was being inconsiderate when they organized polls at one polling center.

They also stressed the issue of the lack of funds to transport them from their areas to Kampala.

Amongi promised to consult with the Attorney General on legal issues that were raised and for the time being, UMA Policy Board is going to be in charge.