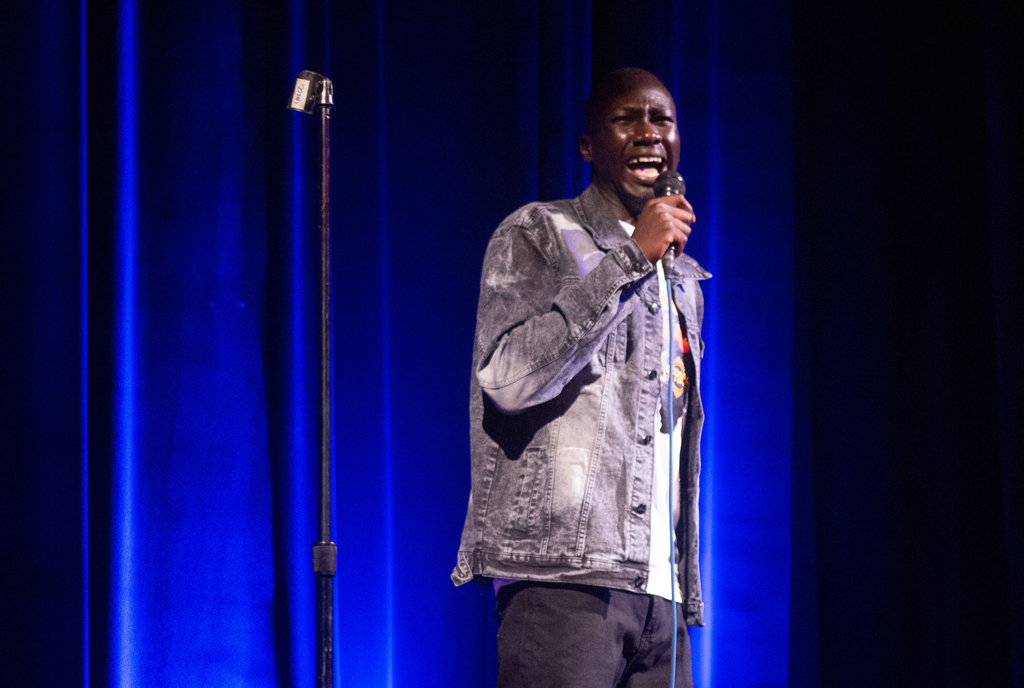 When comedian Dr Hilllary announced his comedy special for June 24, 2022, many were skeptical if he was going to pull it off in terms of performance and crowd.

Well by 8 PM the lower side of the National Theatre was full and the people that were still coming in were directed to the upper side. 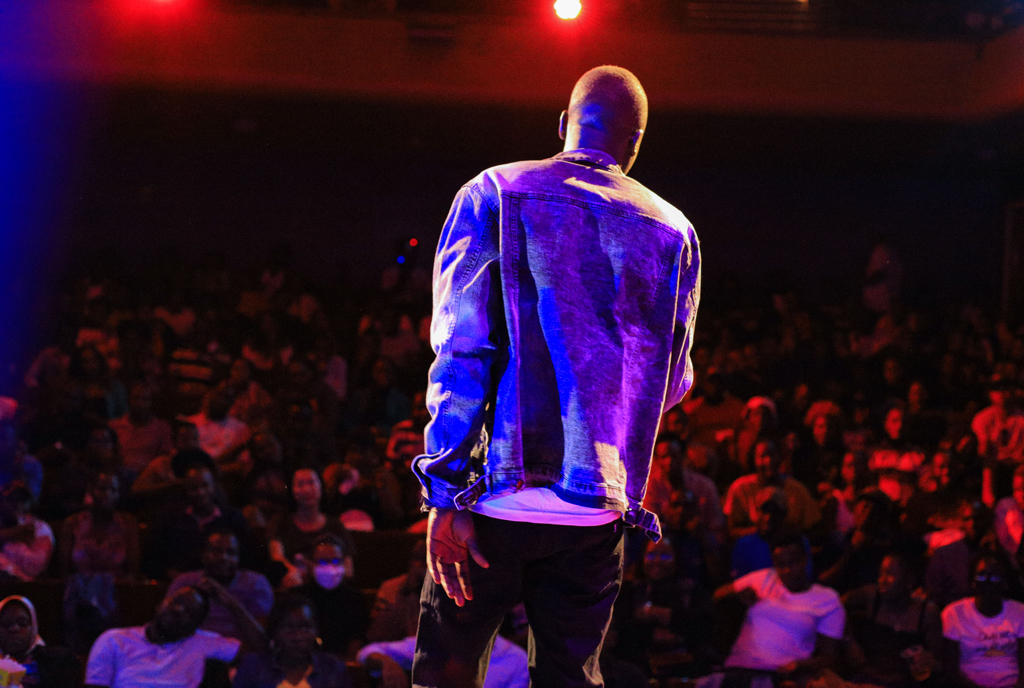 Unlike most comedy shows that we have witnessed over the years Okello’s ‘Laugh at my People’ was one of a kind one that set the bar high for his fellow comedians.

With just three curtain risers, the show kicked off at exactly 8 PM with a performance from Chris Bahizi a guitarist who set the mood for the rest of the evening. 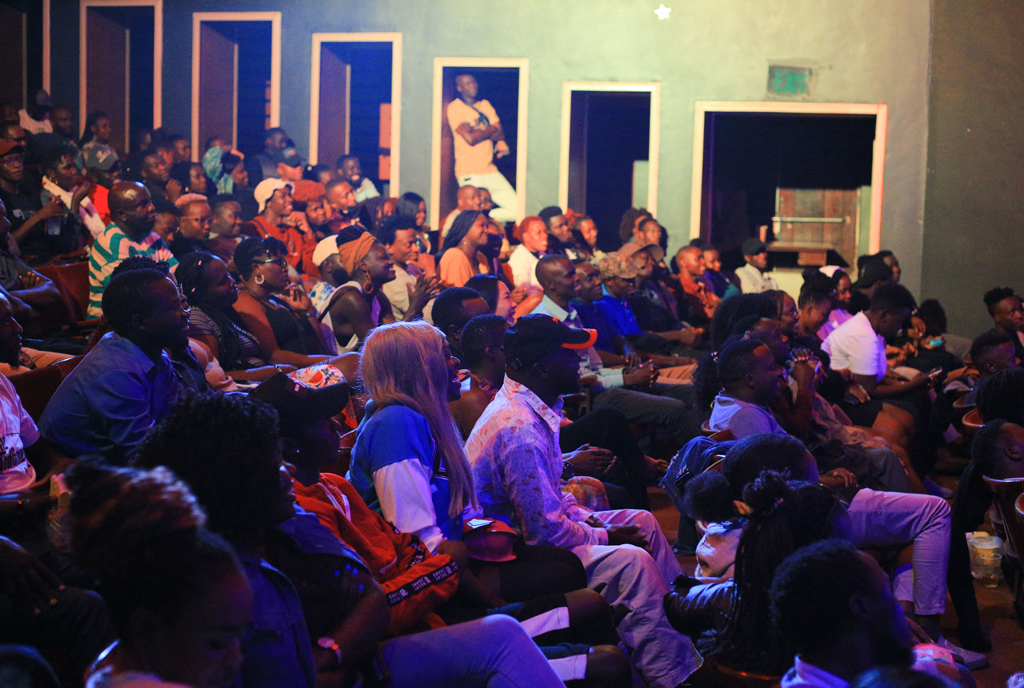 It was a full house

It was exactly 9 PM when the main man of the night hit the stage. While people expected him to do a 15-20 minute performance and leave and return later but alas, he did the very opposite! 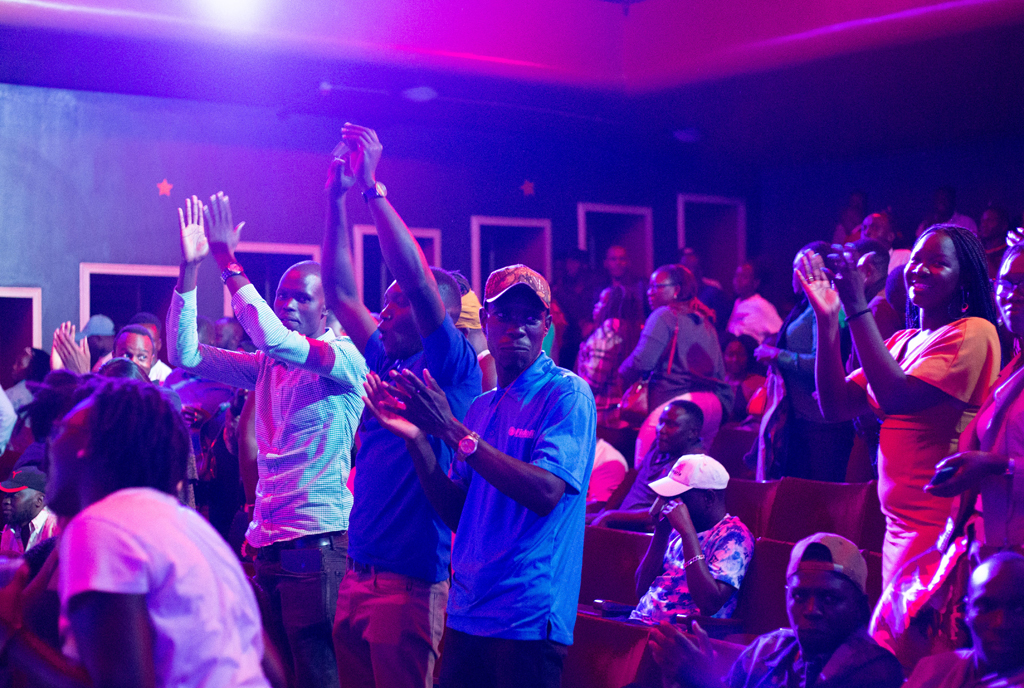 Dr Hillary got a stand ovation after her performance

Thirty minutes on stage Okello was just getting comfortable. He put up a one-hour and 45-minute performance. From his first joke to the last, the crowd enjoyed every moment.

“One day my parents were fighting, with poor families everything in the house has sentimental value, so while they were fighting I was in the corner watching, my mother looked for something to throw around but she wasn’t willing to break anything, next thing I knew she grabbed me and threw me at Amy father,” he joked.

This sent the crowd in stitches with a round of applause.

He also cracked the Uganda Cryers Association joke where he would go with his father to funerals to cry and get paid and on this particular funeral, the father misfired. While he was crying for the demise of an old person, the coffin brought was for a baby. They were chased from the funeral and not paid. 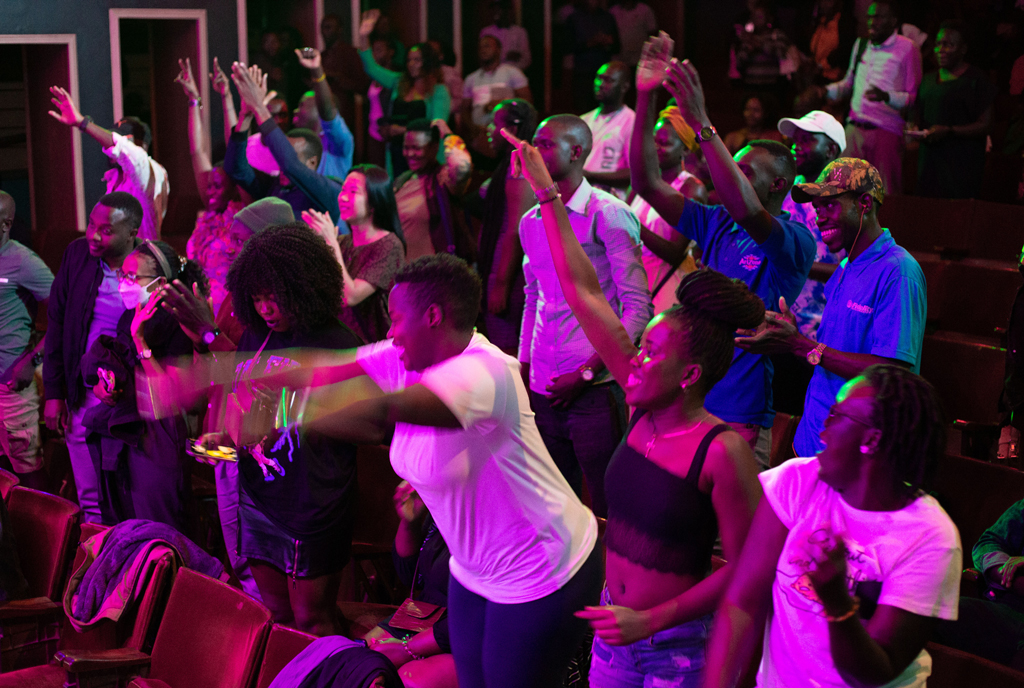 He concluded with the rich kids and poor kids’ joke. “When a rich kid pours sugar, the mother will explain to him that what he did is wrong but when a poor kid pours sugar, you will not know if the mother is angry or not. One day I was playing and accidentally poured sugar and my mother was like, Okello you have poured sugar, there is more here come and pour it, he called my brother to go and buy more sugar so I can pour it, she even sent me to the chairman’s place to go and pour the sugar there.” This joke got him a stand ovation and around of applause.

With him cracking over 12 jokes, the show ended at exactly 10:45 pm and the crowd was more than satisfied. When Dr. Hillary is not on stage is a clinical officer and was formerly a Radio presenter at the defunct Hot 100.