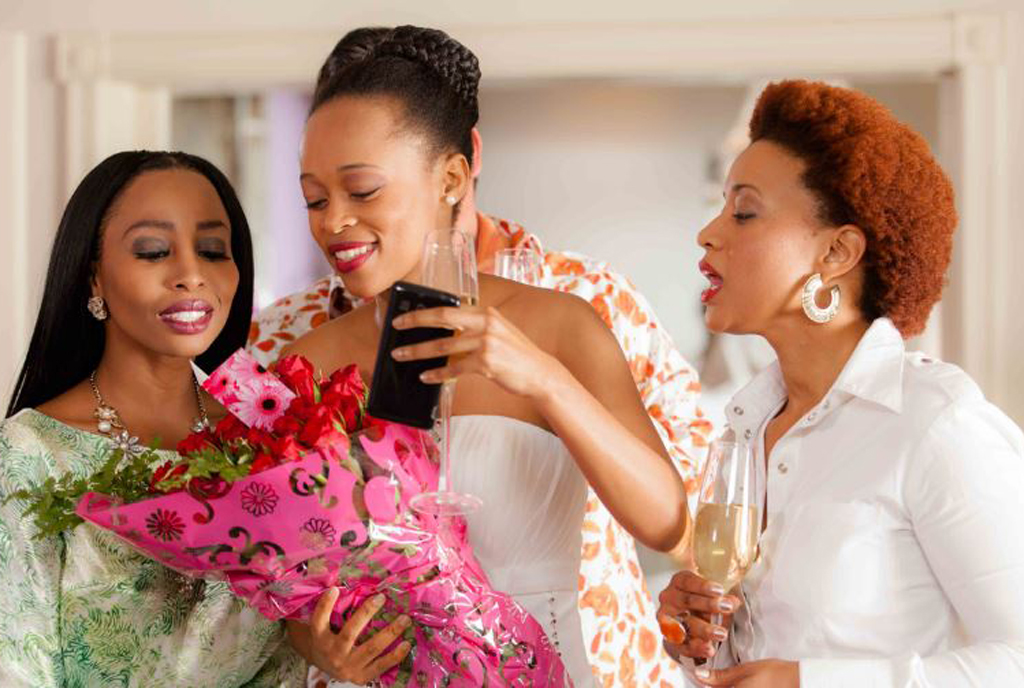 Besides a few books such as Chimamanda Ngozi’s Half of a Yellow Sun, Xala and many of Ousmane Sembene’s books and movies, there are not very many African books that have been lucky enough to be adapted for the big screen. This is what makes this particular film an interesting one.

Happiness is a Four Letter Word, is based on Nozizwe Cynthia Jele’s novel of the same name. The novel won the 2011 Commonwealth Writers’ Prize for Best First Book, Africa Region and the M-Net film prize at the 2011 M-Net Literary Awards. It was not thus surprising that it was later adapted for the big screen.

The film whose screenplay was written by Busisiwe Ntintili revolves around three women. Glamorous trophy housewife Zaza, played by Khanyi Mbau, seems to be living the new South African dream of money, success, and loving partners. Lawyer and compulsive perfectionist Nandi, played by Mmabatho Montsho, whose life from the outside is perfect, has a great career and forthcoming nuptials, but in reality, she is suffocating. Trendy art gallery owner and serial dater Princess is played by Renate Stuurman. The three friends juggle life’s surprising changes as they come to learn that “happiness does not come with a manual”. The three will have to find out what truly makes each of them happy and then fight to get it in their unique way.

In this article:Celebrities, entertainment, featured, Happiness Is A Four Letter Word, Movies, streaming