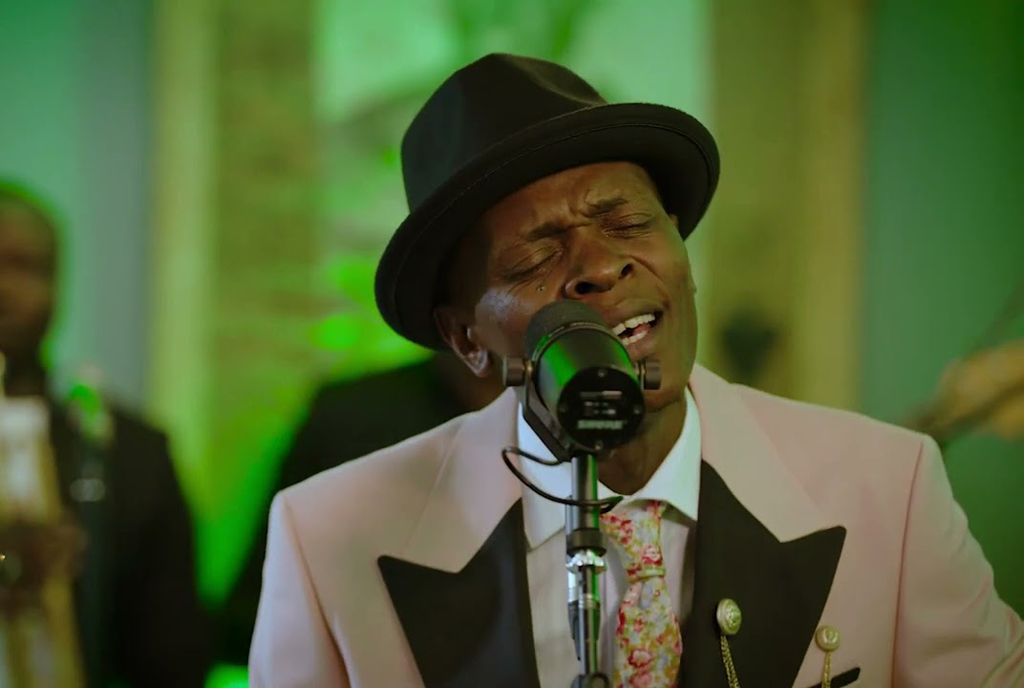 Confident. For the video premiere event, Jose Chameleone had no option for ordinary tickets. PHOTO /COURTESY

Revisiting the past: After more than 20 years, finally Jose Chameleone is releasing a video for his song Kuma Obwesigwa. Could there be more to the story than just nostalgia?

Ask a musician to name their favourite song and they will almost always avoid picking one. And Jose Chameleone is certainly in the same basket, only that the man born Joseph Mayanja has perfected the art of flaunting his heart on his sleeve without saying a word of it.

On stage, Chameleone has shed tears a few times when performing Mama Wange, his duet with Emperor Orlando. The song, a special thank you to his mother for raising him, does indeed elicit emotions but few would pick it from the lot if asked to suggest the Afrobeat star’s favourite song.

Enter Kuma Obwesigwa and the stakes in the bet changes. And the latest decision to roll back the times on his music projects seems to tell the complete story. Chameleone yesterday premiered the music video of Kuma Obwesigwa – nearly 20 years after its release in late 2003.

When Chameleone released the Golden Voice album in 2003, it was the song Bei Kali that was an outright banger in clubs. Being a time when most music fans were still nursing nostalgia about up-tempo Congolese Soukous beats, Bei Kali just fit the bill. To add to the attraction was that it was done in Swahili at a turn of the century in which many Ugandans, especially in urban settings, were making deliberate efforts to learn the language.

Bei Kali resonated with the downtrodden, the ghettos and traders alike. Prices of consumer goods were high and the song just got the refrain, going off like an anthem from Owino market to Kimombasa and down to Bwaise. Perhaps it could have been the best pick for Chameleone’s retro project.

But even where his love life is the definite pick of the cue, the singer did not go for Gwe Wange, an adulation song in which he reassures his lover that she was the one he had chosen and would die protecting.

Instead Chameleone went back to Kuma Obwesigwa, a song he has gone back to at least once before since its release. That was in 2004 when Kuma Obwesigwa would play on a particular local radio as many as six times a day.

After finding its way across the borders to Kenya, the land where Chameleone’s music career started, the musician simply responded to his fans’ wishes by releasing a Swahili version of the same.

The remix, Naombi Uniamini, helped raise Chameleone’s star in Kenya and Tanzania after the success of Bageya and Mama Mia. Naomba Uniamini (Please believe in me or keep the trust) is the direct translation for its Luganda original, Kuma Obwesigwa, and the two songs have almost identical chord progression, with the remix completed with a Luganda verse.

Kuma Obwesigwa was released at a time Chameleone’s fame was shooting to the skies. A celebrity like that is almost always caught up in romantic escapades.

Daniella Atim, his wife, was still only a live-in girlfriend to Uganda’s biggest celebrity of the time. 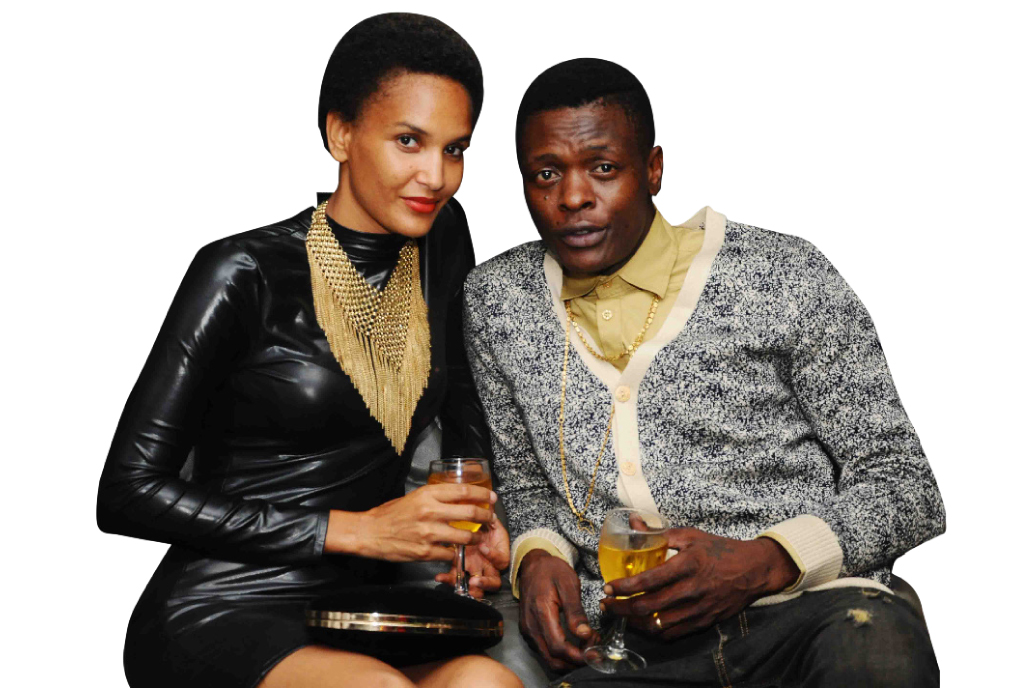 History. On release of Kuma Obwesigwa, there were rumours that the song was written for Daniella to suspected her man of cheating. PHOTO /COURTESY

When the song came out, many keen listeners who were abreast of the singer’s love life with Daniella filled the dots and drew the lines – Daniella was restless over rumours that Chameleone was going out with other women.

Daniella, who has been living in the US with their children, in January posted about how she has made peace with her heart since leaving Uganda.

In an Instagram post, Daniella said life had pushed her into making “some very uncomfortable decisions” and that she spent “many nights sleepless” worrying about her family.

“Now when my sisters and brothers call me, they ask why I no longer ask them to pray for my children and my response is “the children are okay, they are healthy and doing great in school, they have made great friendships too and Abba will soon join university and also we have a very great community that embraced us completely,” she posted.

During a media engagement last month, Chameleone blamed his family woes on the media, he said has always caused friction in his marriage.

“It is not fair that some of these things eventually trickled down to my children who are old enough to understand what is going on,” he lamented.

The choice of Kuma Obwesigwa in light of recent developments could not have been more deliberate. If it worked in 2004 and got Chameleone to walk Daniella down the aisle, it probably would work again when brought back into the limelight, right?

In the song, a man explains to his lover how his keeping away has nothing to do with enjoying life outside the home but rather hustling.

He then implores the lover to keep the faith and not waver.

“I would say this was the closest to being emotional that he [Chameleone] was getting, especially on themes love and relationship,” says Dan Atuhaire, a music critic who has reviewed dozens of Chameleone’s songs for his blog and local entertainment website.

Atuhaire argues that while the singer had recorded love songs such as Mama Mia before, he might have only done so to sound topical or even at the behest of Lucas Bikedo, his former producer at Ogopa DJs in Kenya.

Focusing on the lyrical packaging and how Kuma Obwesigwa has remained dear to Chameleone, Atuhaire draws on what he calls a “mythical” angle.

“Around this time, the stardom was getting to his head, and he had started ‘running’ around,” Atuhaire says.

“He felt Daniella was confiding in her friends about this, and this [the song] would be the only reaffirmation he would give to her.”

Kuma Obwesigwa is not just a good melody with well packaged beats, but the lyrics really bring out the Chameleone who swept households off their feet. It is almost like listening to rumba legend Franco’s Sadou and Salima or Canta Nyboma’s Masuwa – all songs with deeply nostalgic lyrics that have a man giving counsel to his lover to keep the faith in him.

Kuma Obwesigwa, produced by Leone Island, prominently features Geoffrey Kyagambiddwa, aka Chagga, in the chorus – reason many have often claimed that Chagga had a hand in the composition. The musician himself has variously told friends, including society journalists such as Gilbert Mwijuke, that he wrote the song.

Chagga declined to discuss the song with this newspaper.

In the second verse, the man tells his lover to keep their private issues private, cautioning that those she confides in instead quietly mock their relationship.

“You think they pity your plight, yet they long for the day we’ll break up,” the song says.

Chameleone married Daniella in a lavish ceremony on June 7, 2008. But the wedding and the children and all did not stop the frequent rumours of marital tiffs and sometimes break-up, with Chameleone often coming out personally to fan the rumours on social media.

Many times, fans have concluded the singer does so to court attention and market his music or concerts.

Perhaps not, because if there was a better time to claim Daniella had packed up and left her marital home, then it is now – to market the Kuma Obwesigwa video premiere.

In a prophetic way, Chameleone could as well have been using the song to string together his marriage whenever those rumours surfaced.

In the third verse, the man tells his lover to think about how far they have come, and the problems and challenges that we have faced.

While it has been a while since there have been rumours about friction in the home of the Mayanjas, many would still be forgiven for reading deeply into the choice of this love song for a retro project. It would almost be as if it is one of those times for Chameleone to implore Daniella for more dosage of trust.

But the video is not all that, going by its trailer. There is just too much exoticness in the vixen picked for ‘mama wabana bange’ in a setting that appears deeply traditional. Compared to Jamila, for instance, where you see a reflection of a real victim of domestic violence.

The premiere will tell the complete story, perhaps.

The premiere of the Kuma Obwesigwa video will be at a venue that needs a lot of introduction. The official poster published by Chameleone on his social media pages shows as much. Racers Café, has its location at Kirabo Complex Mall along Bukoto Kisaasi Road prominently featured, making it more of a win-win situation for both parties.

But that is not the big deal about it. The clincher is in the ticket prices. Nothing for the ordinary fans at this particular show – although his handlers have suggested that the singer is likely to follow up the premiere with a concert.

Chameleone set VVIP, Gold and Platinum tables ranging between Shs1m and Shs2m per table of four.

That is a typical Chameleone confidence, so much that even after having seemingly been caught up in a lull of competition by the mushrooming of musicians, he believes that whenever he steps up to be counted, the fans will always roll the red carpet with their wallet, says Mwijuke.

“Chameleone is one musician who paid heavily to have his music playing on radio stations frequently,” argues Mwijuke.

“That is why we thought that whatever he released was a hit yet this song was amateurish compared to Mama Mia which was a bonafide hit.”

Chameleone is one of the few, if not only musician, whose concerts have never done badly. He has always drawn more fans than he bargains for. The real question is the so what. Will he release the video for Gwe Wange next or does he intend to return to the studio and is only dusting Kuma Obwesigwa to prepare his fans for a new release by reminding them that he is still alive?

Even Robert Nkuke, alias Mutima, his on-and-off manager, cannot fancy a guess. At least not at the moment.