Kagusunda: This week, Kampalans woke up to news of the passing of Shem Semambo, a man who earned himself the name ‘Kagusunda’ owing to his lifestyle and passion for his brand; Club beer. Patrick Kanyomozi reminds us of the man who defined Kampala’s nightlife. 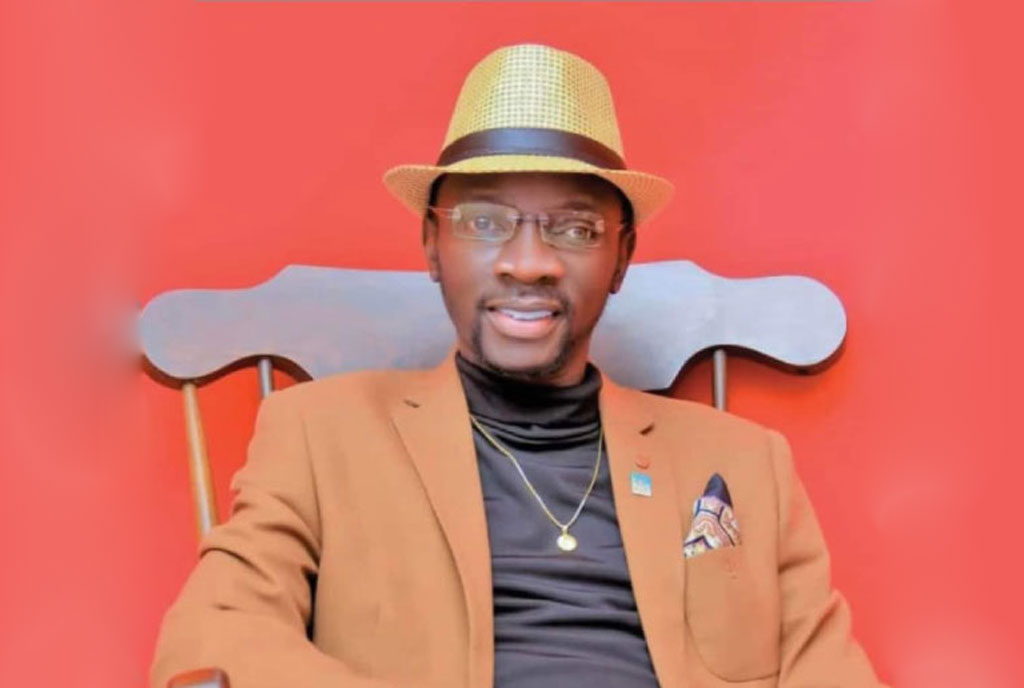 Mad Tiger’s song Obulamu Bwensi was arguably the biggest hit of the late ‘90s and early 2000s – a song about what basically goes on in Kampala’s nightlife. It is from this song that many first heard the name Shem Semambo ‘Kagutunda’ who would later also be known as ‘Kagusunda’.

Kagutunda literally means a person who sells beer while Kagusunda refers to a person who buys beer for others. Shem was both. He was an aggressive salesman and a generous man; wherever he was, beer would flow but on one condition – it had to be Club beer.

Shem Semambo passed on at Paramount Hospital on Monday after a long battle with a rare disease known as Transverse Myelitis. According to John Hopkins Medicine, Transverse Myelitis is a disorder caused by inflammation of the spinal cord. It is characterised by symptoms and signs of neurologic dysfunction in motor and sensory tracts on both sides of the spinal cord. The involvement of motor and sensory control pathways frequently produce altered sensation, weakness and sometimes urinary or bowel dysfunction.

For the older generation, Shem was a household name in Kampala way before Mad Tiger’s hit, and two things can be used to describe him; Kampala nightlife and Club beer. When the news broke of his death, social media was awash with tributes from a cross generation of Ugandans, those who knew and interacted with him, and those who only heard about him.

A good number of social media users in their 30s and early 40s confessed that they started taking Club beer because of Shem. While another said Shem was Club and Club was Shem. Anyone that has ever been part of Kampala nightlife must have bumped into Shem either at a university Bazaar night, club or concert. Others who were too young to partake of the nightlife could not miss him on WBS TV’s            , a programme that covered all the entertainment happenings in Kampala. It was hard to miss him.

That gives a picture of the kind of impact Shem’s aggressive sales and marketing skills had and how he singlehandedly made Club a household brand. Shem gained popularity at a time when there were few corporates in Kampala and the corporate culture was just taking root. Majority worked for telecoms and beverage companies. But he always stood out. While most of them were identified by a big SUV, fine Western clothing and IDs swinging around their necks, Shem was different. His signature fashion style was borrowed from Congolese musicians; the high waist pants, sometimes with suspenders. While his fellow corporates preferred to hang out at highend places, Shem always mingled with all classes of people at any venue.

It is during his time as the sales manager at Nile Breweries Limited that new theme nights ideas were introduced onto the Kampala night scene. He was pivotal in the bazaars at universities, especially the Mitchelex Bazaar at Makerere University, Jam session at National Theatre, Jam on the green, Unplugged at Club Silk, street jams, among others. He was not behind all these new developments but he had an eye for what would work for his brand. Organisers of events always found it easier to sell an idea to Shem because he was hands-on and was always interacting with people, so he knew what would work.

One thing that set him apart was his passion for the brand he represented. For him it was not just a job, it was pure passion.

Ugandan entertainment commentator Edward Ssendikadiwa says he has never seen anyone as passionate about their brand as Shem was with Club. He always went out of his way to have a chat with people he found drinking other beer brands and he would make sure they were converted.

This perhaps explains a comment by a one Christopher Ssentongo who wrote on Twitter: “At his prime, he could sell you a straw at a billion shillings”.  He was that convincing.

One time this passion caused a standoff at a PAM Awards ceremony where Shem was invited as a VIP guest but the event was sponsored by a competing beer brand. He refused to drink anything, which caused discomfort among the organisers that had invited him. Finally a settlement was reached and Shem was allowed to get Club beer from outside on condition that it was not in a bottle.

Photographers had learnt his ways, it bordered on criminal taking a photo of Shem without a Club beer bottle. At shows that Club sponsored, whenever he was called to the stage to perform a function like auctioning a CD, he always carried his bottle with him. He always made sure that his brand was visible.

He was successful in aligning the Club beer brand with music, “whenever you talked about music, you talked about Club beer and vice versa,” says Ssendikadiwa. He is credited with the sponsorship of Eagles Production Band, part of which was music equipment valued at Shs100m. Club also sponsored individual musicians such as Bobi Wine, Juliana Kanyomozi and Ragga Dee.

As a hands-on salesman, Shem was always at all events that Club sponsored and one event brought more than beer sales. At an event in Entebbe, he met Grace Nambusi, who would later become his wife. Then Shem started going to every function with her and whenever he was given a microphone, he started with what turned out to be a standard introduction, “Please meet my lovely wife Grace, and don’t be mistaken, I am the lucky one”.

While some mistook it for ‘tight marking’, Shem once revealed why he moves with the wife, “My job makes me stay out a lot and I always move with her so that she does not get bored and lonely at home”.

Despite being away from home for long, he always made sure that he was in his children’s lives. He always called them but also went to church with his family every Sunday.

What other people say

“A few people such as Shem, Charlie (proprietor of Ange Noir and Guvnor), Sekyanzi (proprietor of Club Silk and Silk Events) are of cultural significance to Kampala and its night life. It’s really such a sad day to lose the iconic Kagusunda.”

“I still remember your consistent dig at me for not being a Club Beer consumer. What didn’t you do for that brand?! What a salesman. What a man. Always with your wife Grace by your side. What a husband. What a couple.”

“I hope when someone writes a book about marketing in Uganda Shem Semambo will occupy a whole chapter. I don’t think the alcohol industry in Uganda will ever have such a sales personnel, he remains a trailblazer.”

“OMG so sad to lose Shem. He made sales and marketing look so easy.”

“If you didn’t know Shem Semambo then you have not partied in Kampala. The guy literally dragged Club beer to celebrity status, the theme nights, the activations. He was indeed marketing personified.

“He led the upgrade of sales reps from driving out of date vans to pick-ups”.