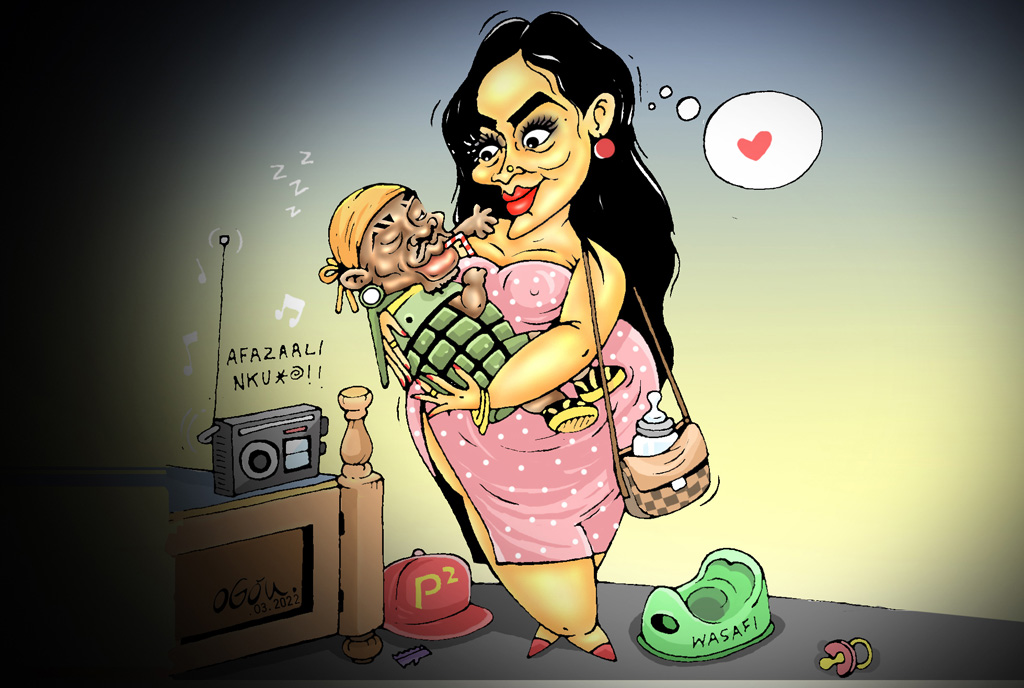 Team SMAU will start a quarrel just as your birthday gets close.

Real Talk: Kampala is a small city. You could be minding your business, crossing the road somewhere, only for a boda boda to knock you into someone’s relationship. It is thus no surprise that Kampala relationships are short-lived, bumpy and basically trivial. Today, we explore the different types of relationships in the city.

It so often happens that two parties will come together because necessity wills that they do. A babe will be dumped in one relationship, and she will be forced to enter an alliance with a dude that has also been grassing in another relationship. These are the kind of relationships that are ignited by shared struggles, the kind that are founded on the same principles of Alcoholics Anonymous. You have both just suffered from heart breaks and are thus coming together to stitch each other’s wounds.

Unfortunately, these kinds of alliances never last, for how will one broken heart mend another broken heart? It is a coalition of the weak. You both already lost in your previous relationships, two losses cannot equate to a win. These are the kind of relationships you find on the streets of Bulindo, Kyanja and Najjera, you swing from one apartment to another.

The biggest lie that was ever told in this city is that love could surpass all else, that love could surpass the stingy world. The babes in Kampala have confirmed that love must be built on a rock. Not rocks of hope and promises, but rocks of a fat wallet, fat bank account, a comfy car and apartment. Yet, there are those that are still bound in the echelons of the SMAU relationships. If the boyfriend on Women’s Day writes paragraphs of wishes on WhatsApp, then there is a high chance one is in the Team SMAU relationship. For men devoid of money become poets, singers and errand boys.

Rich men will not be sending paragraphs of love messages. For a mobile money alert can replace thousands of messages. Team SMAU will always have some problems on their neck. They will always start quarrels just as their partner’s birthday is approaching. This love is inundated by long phone calls in the night and endless emojis.

Given that most chaps in Kampala are broke and, on the lines, several people in the city are stuck in this type of relationship.

Having seen heartbreaks, witnessed promises broken left and right, most people in Kampala evolve into mafias. Mafias are united by common evils. They do not seek long-term arrangements, they seek short-term selfish interests. If you are at campus and the only way to complete that thesis is by dating the most serious dude in the cohort, then so be it.

These are relationships where one enters with all eyes fully open. If you even blink for a second, you will find yourself in the biggest of ditches. They are the kind of relationships where transport money is refunded at the end of the visit. Everyone keeps their cards to their chest. Team Mafia will meet only when need calls. If there is an event coming up, Team Mafia will unite at the event, and they will each come and leave separately.

In Team Mafia, WhatsApp status posts are illegal. Both parties are not allowed to post each other. When they meet in public, they behave as strangers. In Team Mafia, the games are played on both home and away grounds. Whoever needs the other, seeks them out. No phone calls, no morning messages, it is just hustle and hustle. In these relationships, ‘kuyiriba’ is the motto. Any relationship that arises on the streets of Salaama road, Makindye, is bound to end up as Team Mafia.

Given that the biggest percentage of human life is spent at work, homosapiens were forced to create the work-love life. Work relationships start with simple steps, such as going together for lunch, hating on the same people, covering up for each other in meetings. Work-love life is stress-free. You see each other for as long as you need to. And if his wife packs him breakfast, you can even get a chance to have a taste of the breakfast.

The only problem with these relationships is that there are always new things on the block. And the competition is stiff. You literally must guard your husband/wife at every stage. You risk and go on leave, by the time you return, nga she has moved on with Jimmy in procurement.  They are also risky lines, you never know where the conflict of interest starts and ends. Ninety percent of bankers have been or are currently in these arrangements.

If your calls are not picked beyond a certain time, then you are in Team Side Hustle. And you are the side hustle. The beauty with Team Side Hustle is that you are responsible for nothing yet experience the full benefits of everything. You do not have to cook for your in-laws, you do not have to sponsor her birthday party, you are simply a trophy.

As Team Side Hustle, your only role is to understand and appreciate your place in the equation. Do not risk upgrading anything. This is not a place for ambition. It is a place for settling for the average pleasures of life.

Of late, most dudes are cowing from entering the Team Official arrangement. But there are also red flags; you cannot expect a man driving an Altezza, living in Najjera, to become a Team Official. The speed of the car alone should send signals.

Now, this is purely a team of professionals. Everything in this arrangement is transactional, to be clear, on monetary terms. In this Premier League, that is where you find the team that is addicted to sugars. It is Sugar bae, Sugar Dzaddy, Sponsor, Big Boy. If you would not date him if he did not drive that car, then you are in Team Premier League. If you must spend not less than 200K every time you meet her, then you are in the Premier League.

In the Premier League, the T&Cs are clear. You get what you pay for. It is not a game for amateurs. This is for the tried and tested. Do not expect to play in this league if your name does not have a western mix to it. If your original name is Nakatudde, you must upgrade it to Naky pronounced as ‘nuh-key.’ If you are Gashumba, you become a Gash.

In this league, you are not expected to frown when the plea to spend is brought to the table. Spending should bring you smiles. It is advisable to play in this league only and only if you are one of the government officials. But if you are selling insurance for a living, this is a game you leave to the strongest and fittest, the ones with strobe lights. In Luganda, this is the team where; ‘muzanya gwa nsimbi.’ In other words it is a high stakes game.