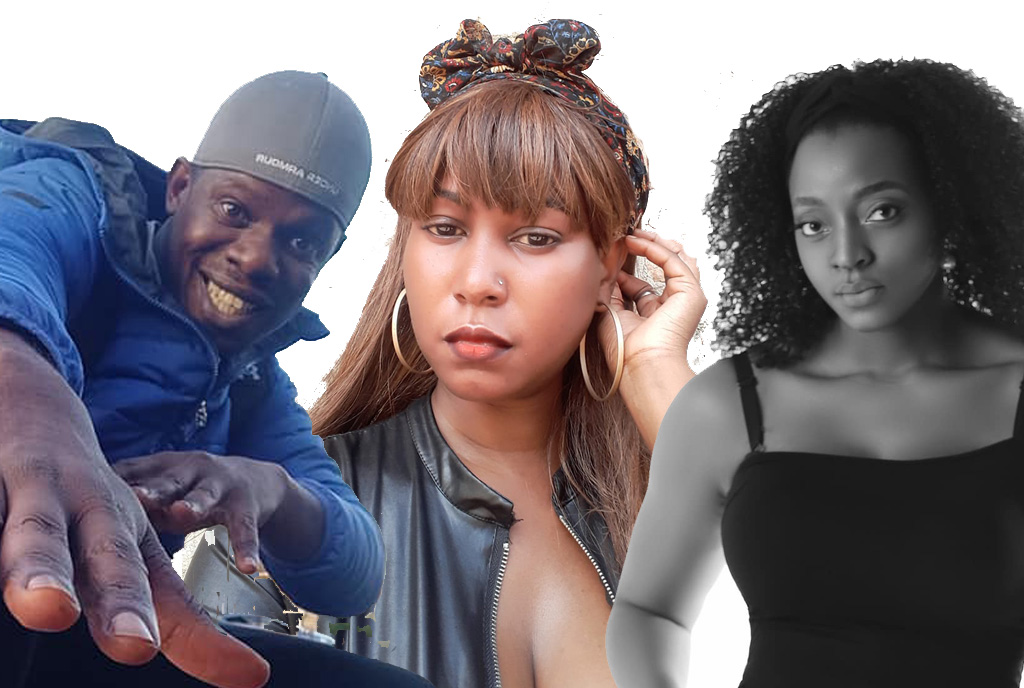 Missing In Action: We talked about them. Loved them. Hated them. Listened to them. Dismissed them, but never ignored them. There is a way fame shapes out someone’s life and you can only understand it when you are there. As some are eyeing fame, it is becoming hard for others to sustain that fame. Isaac Ssejjombwe sought to know where these people went.

George Mulindwa, better known by his stage name Afande Kerekere, was one of the biggest standup comedians in Uganda a few years ago. Besides doing comedy, he was also a certified rugby referee, a radio and TV presenter but all that went in thin air. He was fired from Galaxy FM and Bukedde TV because “he had become less productive and engaged in political intolerance”.

He flew to London and rumour has it that he hooked himself a sugar mummy but they later fell out. With nothing to come home to, Kerekere was advised to seek asylum.

He shared a picture on social media, wearing a T-shirt with the words ‘We exist’, and also portraying the LGBTQI rainbow symbol.

The father of two is still in the UK and we are told he is into events and promotes products and bars. He is also the owner of Xtra-Touch events and also does social media videos.

Brenda Nambi was part of the duo HB Toxic with Hellen Lukoma. They gave us some music and were signed to Aly Alibhai’s Talent Africa but after the group separated, Hellen persevered with her music career while Brenda totally gave up on music. She tried her luck in the fashion business by opening up an online fashion shop known as Bambi Fashion House but business collapsed and rumour started circulating that the singer had found solace in the bottle. She introduced a White man but the relationship hit rock bottom less than a year later. She then dated a Sudanese man but that relationship also sunk. Nambi is now into joint farming with her aunt and they have a banana plantation in Kitende-Ssekiwunga.

In August last year, Stellah Nantumbwe commonly known as Ellah shared on her social media how she has been busy dying.

I have been so busy dying. I have been dying to a version of myself that no longer serves me or the purpose I was created for. It has been one truly trying but rewarding journey.

A journey that has seen me through three  surgeries, three  cancer scares, depression, anxiety, a 20kg weight gain and a series of immeasurable losses of friends, family and loved ones.

A journey that tested my resilience, shook my pride, tried my intelligence, weighed my forgiveness capability and my ability to simply let go…and let God.  An emotional roller coaster that had me questioning my entire existence, my life choices and impact on each and every one I had ever met, but a journey that I am ever so thankful for regardless.

Please allow me to testify! God is simply amazing, because for every tear we cry He gives us double for our trouble and He does this more often than we may stop to acknowledge. Indeed “In the pain was a plan.”

He stripped me bare, left me with nothing and no one, especially in those moments when all you see are masks, machines and protective gear and the countdown begins, in those moments I was reminded that truly everything is vanity. My last words in the OR. Would be to the Lord, “Please wake me up from this one… Time and time again He did. He woke me up.

In the words of Tasha Paige “Why not me? I am the perfect person to go through this storm.”

My faith was indeed built up, let me echo the many voices that have said it before, we serve a mighty God. Seek him, truly seek him with your broken and contrite heart. That is His version of a true sacrifice.

There is so much more I could say… but for now let us have a Praise Break and Praise Jesus!

Here I am LORD, redeemed and reckoned righteous by your Mercy. Thank You Father!” read her post on Instagram.

We also learnt that the former 2013/2014 Miss Uganda and Uganda’s representative to the 2014 Big Brother Africa had settled in Arua where she was living with her baby daddy known as Dennis, a lawyer. But unconfirmed information is that they broke up and her whereabouts now are unknown.

John Katumba went down in history books as Uganda’s youngest presidential candidate in the 2021 presidential elections. Born in 1996, Katumba on November 2, 2020, filed his nomination to be President at the Kyambogo University in Kampala as an Independent candidate.

The MUBs Procurement and Logistics graduate came eighth on poll day. Katumba went back to his business, only to resurface during the late BMK book launch at Hotel Africana, painting the internet with pictures in Abryanz clothes before becoming a video vixen in DJ Crim’s Katumba Oyee song. He then disappeared again, resurfacing last month presenting a document to police Chief Martin Okoth Ochola protesting the increasing fuel prices.

Nathan Wamawungo, known as Nutty Neithan, is a dancehall artiste whose songs such as Bakuwe Kyonwa, Kwata Echupa, Gwabise, Binkubye and Walk to Work, among others made him a force to reckon with in the industry but with a blossoming career, Nutty Neithan went mute a few years ago but we have learnt that he is working with some engineers on reconnaissance, benchmarking, levelling, picketing X-Y (GPS) and topple. Don’t be surprised to meet him as part of a team on a road works and land sites. Guy is busy being a surveyor.

Famed for producing songs such as Kwekunyakunya, Whistle Song, How we Do, Ebintu and Love to Dance among others, Joseph Mwima, alias Just Jose, is now into ticketing. He is the co-founder of EasyTicket, a ticketing company which is currently doing ticketing with John Masembe, Jasi Kassami, Kevin Lubega and Mahmoud AbdulRahman. They have handled a number of events, including Mun G’s concert at Freedom city, Abryanz fashion awards and Bebe Cool’s concert, among others. He is also among event promoters under Malembe, who brought us Burna Boy and will be bringing us Chike, among other international artistes.

Mya joined Blu *3 as Cindy’s replacement and many believed she was never able to fill the latter’s shoes. After the group disbanded, Mya released a number of tracks, including Say No, Shake Your Shankolo, Mumpewo and a collaboration with Maro on Nkuyitengantya but that was it. She failed to leave a mark on the music scene and she was later rumoured to have joined the movie industry but could not be identified with any project. She was also said to date Fred Zink, who also happens to have been Haddy Sengo’s ex. Today, Mya is into decoration, owning a decor company known as Mya. Leme.