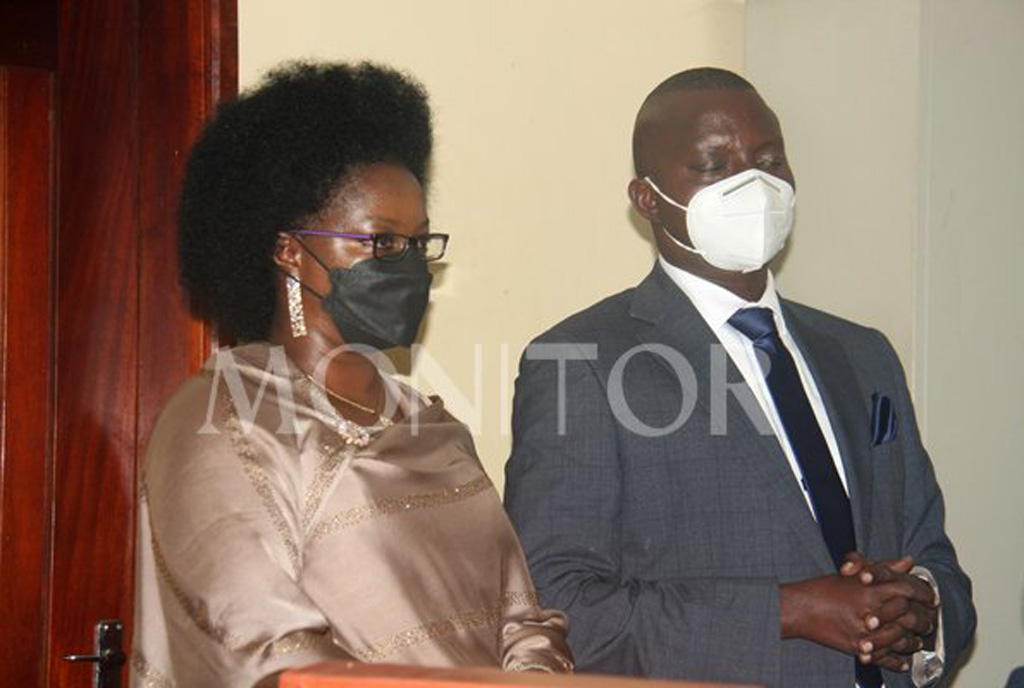 Court in Entebbe has charged House of Prayer Ministries International lead-Pastor Aloysious Bujjingo with bigamy. Court heard that on the December 7, 2021, at Kawuku, Katabi Town Council in Wakiso District, having contracted marriage under the marriage Act Cap 251 with Teddy Naluswa Bujjingo, and during the continuance of that marriage, the pastor did contract another marriage in accordance with the customary law with Suzan Makula.

In a court presided by Entebbe Grade One Chief Magistrate Stella Okwong Paculal, Ms Suzan Makula was also charged with marriage with a person previously married contrary to Section 42 of the Marriage Act Cap 251.

“Suzan Makula on the December 7, 2021, at Kawuku, Katabi Town Council, Wakiso District, being unmarried, went through the ceremony of marriage with Pastor Aloysious Bujjingo, a person she knew to be married to Teddy Naluswa Bujjingo,” court heard.

Pastor Bujjingo denied the “charge of contracting marriage by customary law when already married under the marriage Act Cap 251, contrary to section 50 of the Marriage Act, Cap 251 or Bigamy.” Her Worship Okwong Friday granted Mr Bujjingo and his co accused Ms Suzan Makula Nantaba a cash bail of Shs3 million after they both pleaded not guilty to the two charges read against them.

“Further orders are the accused persons not to interfere with the prosecution witnesses and the conduct of the investigations. All parties are advised to comply with the sub judicial rule and avoid utterance about the case which is before the court- anywhere outside the court,” she advised.

Earlier, court agreed with the DPP’s office’s request to take on the case, sidelining private prosecutor and lawyer Hassan Male Mabirizi who had originally sued the duo on three criminal charges.

Mr Amerit told court that the DPP’s office was taking over the case as a matter of public interest and in the interest of the administration of criminal justice. “And above all it’s in the interest of preventing abuse of public office in the manner in which these proceedings should be administered,” he said.

Ms Okwong set February 18, 2022 for further mention after state prosecution led by Counsel Timothy Amerit asked court for a fortnight to gather more evidence and conclude investigations in the case.