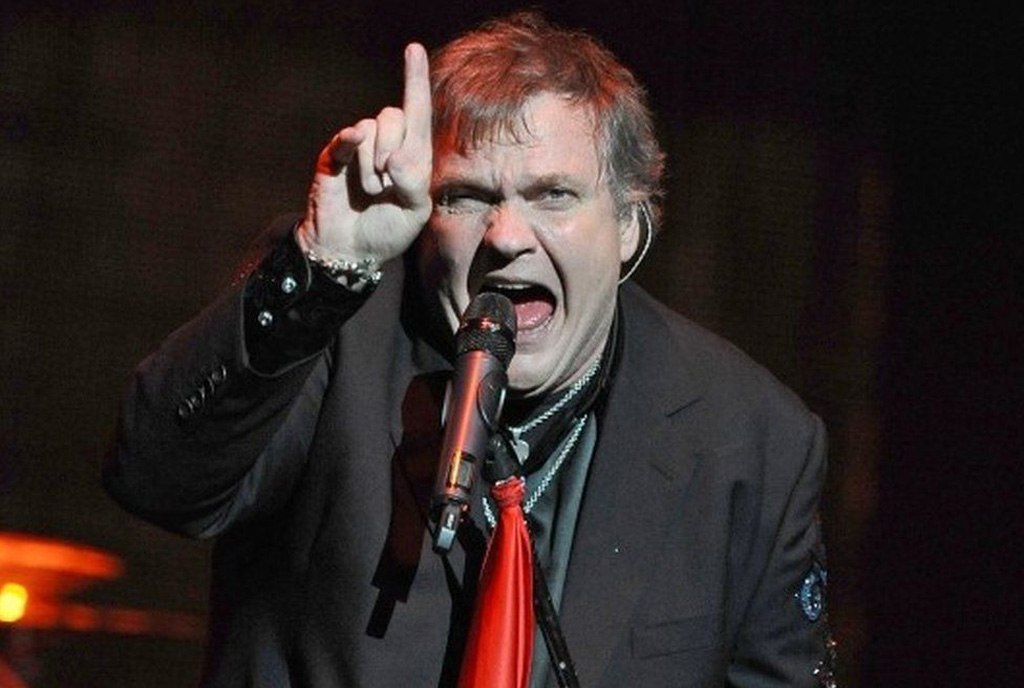 US singer Meat Loaf, famous for his “Bat Out of Hell” rock anthem, has died aged 74, after a career in which he sold more than 100 million albums and appeared in scores of movies.

“Our hearts are broken to announce that the incomparable Meat Loaf passed away tonight with his wife Deborah by his side,” read a statement on his Facebook page early on Friday. “Daughters Pearl and Amanda and close friends have been with him throughout the last 24 hours.” No cause of death was given.

The beefy Texas-born singer distinguished himself in the late 1970s with his soaring vocal range and lavish stage productions.  His 1977 “Bat out of Hell” album, which reportedly sold some 43 million copies, is one of the highest-selling ever.

After a career rut, Meat Loaf enjoyed a revival with his biggest success in 1993: the single “I’d Do Anything for Love (But I Won’t Do That)” topped the charts in 28 countries and won him a Grammy Award. “We know how much he meant to so many of you and we truly appreciate all of the love and support as we move through this time of grief in losing such an inspiring artist and beautiful man,” it said.

“From his heart to your souls… don’t ever stop rocking!”

Tributes poured in, including from former US president Donald Trump, and stars such as Cher, who tweeting she was “Very Sorry For His Family, Friends, & Fans.” “R.I.P Meatloaf. Love and prayers to all his family and close friends,” tweeted singer Boy George.

Adam Lambert, the lead singer for Queen since 2011, described Meat Loaf as “a gentle hearted powerhouse rockstar forever and ever.”

“You were so kind. Your music will always be iconic,” Lambert said on Twitter.

“I’ve forgiven my father for trying to kill me with a butcher’s knife,” he once told The Telegraph.

But the bullying at school over his weight — the nickname Meat Loaf came early — was followed by the devastating loss of his mother to cancer while he was still a teenager.

Not long after, he was on his way to New York, looking for ways to channel the angst and histrionics into performance.

There, he teamed up with musician and playwright Jim Steinman, who provided the wild, theatrical backing music to accompany Meat Loaf’s bellowing voice.

Meat Loaf’s other hit singles include “Paradise by the Dashboard Light” (1977) and “I’m Gonna Love Her for Both of Us” (1981). Meat Loaf had started off seeking acting work — winning parts in “Hair” and the original cast of “The Rocky Horror Picture Show” and its film adaptation.

Throughout his career, he also had several small parts in TV shows and films, including “Wayne’s World” (1992). His role in the 1999 cult classic “Fight Club” highlighted his acting prowess in one of the decade’s most critically acclaimed films.

In 2016, he released a new album his first since 2011 and returned to a busy schedule after a two-year gap in touring, a string of health scares and speculation he would retire. The singer had collapsed onstage at least three times since 2003, including once in Canada in 2016 after suffering from dehydration while singing “I’d Do Anything For Love.”

He was one of the few major US musicians outside of the country genre to support the Republican Party actively.

In the lead-up to the 2012 election that Barack Obama ended up winning, Meat Loaf campaigned for his challenger Mitt Romney.

Meat Loaf also became friends with Donald Trump after appearing on the latter’s reality television show “The Celebrity Apprentice.” Trump described the singer as “smart, talented, open, and warm” in a statement Friday.