Finally, a Ugandan film is on Netflix

How to Ruin Christmas

Ugandan film “The Forbidden” to screen in the US

'No Time to Die' wastes no time topping US box office 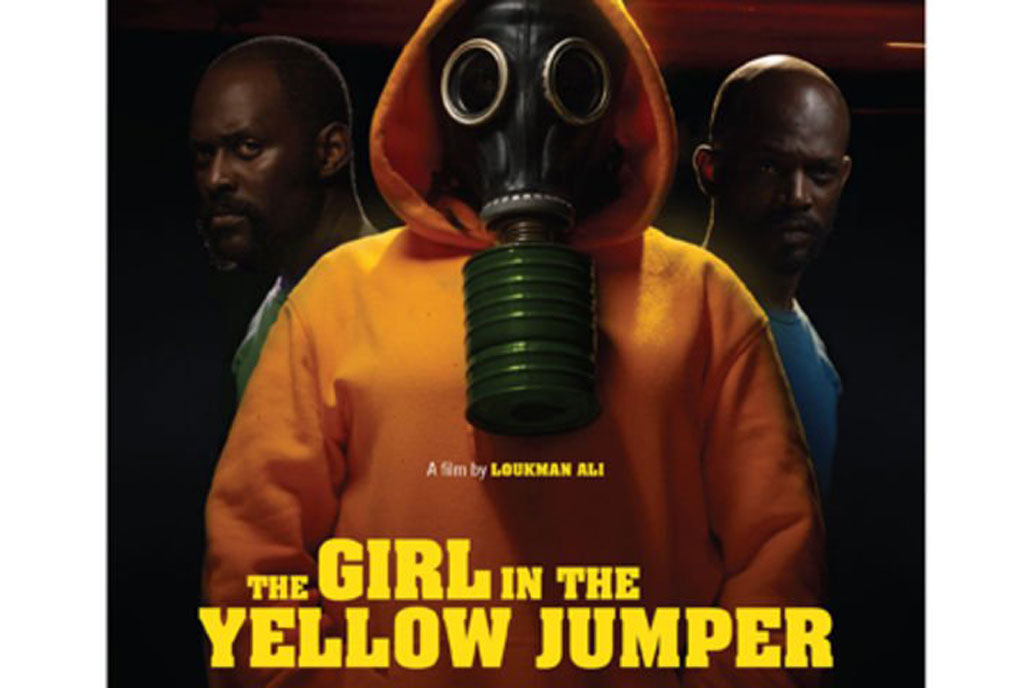 The first time many Ugandans heard about filmmaker Loukman Ali’s The Girl in the Yellow Jumper was in 2019.

Then he released a trailer of the long-awaited film. It had been in production for more than a year and Ali had teased the public with pictures of the possible cast.

Actors Rehema Nanfuka, Gladys Oyenbot, Michael Wawuyo Jr, and Michael Wawuyo Sr had been confirmed but the producers were bargaining to get the services of American-based Ugandan actor Ntare Mbaho Mwine. Mwine is one of the lead actors in popular American drama, The Chi, plus his earlier exploits in 40, Queen of Katwe, CSI: Crime Scene Investigation, and Heroes, among others.

But this did not happen and the role was later taken up by popular actor and singer Maurice Kirya and a cameo from American actor and producer Morocco Omari from the popular drama, Empire.

It was only in December 2019 that the film producer announced plans to have the film premiere in Kampala on April 18, 2020.

The producer alongside his team had made strides to market the film in ways most local filmmakers don’t do.

For instance, instead of having a few posters for the film, they had erected at least two billboards advertising the film.

But as fate would have it, in 2020, because of the Covid-19 pandemic, social life as known to many, came to a standstill and halted Loukman’s plans of having The Girl in the Yellow Jumper screened in theatres in Kampala.

With cinemas closed, many filmmakers set their sights on 2021 to exhibit their works. Yet, when a second lockdown was announced in June, many understood that plan B was needed.

Loukman turned to streaming platforms such as YouTube. He produced short films, Blind Date, and 16 Rounds, two films he later availed freely on the platform.

Loukman turned to streaming platforms such as YouTube. He produced short films, Blind Date, and 16 Rounds, two films he later availed freely on the platform.

“Most Ugandans claim they don’t know where to find Ugandan films, this is just one way of making our work available,” he says.

On Thursday, Ali’s The Girl in the yellow Jumper became the first local film to be acquired by streaming giants Netflix.

Netflix is an over-the-top media service and American production company that offers subscription-based video on demand from a library of films and television series.

The film written and directed by Ali follows a story of a man who is drugged and taken hostage while watching TV.

When he escapes, he goes back home with a story to tell.

Much as little is known about the actual day the film is premiering this week, it is expected to be available for streaming on Friday because the platform is synonymous with availing new content on the day.

Many people have come out to congratulate Ali on being the first Ugandan on a platform such as Netflix but also appreciated that The Girl in the Yellow Jumper is going to open doors for more filmmakers.

For instance, actor and media personality Sammy Wetala noted that what Ali did is what it means paving way for others and reminded the government of the need to create a film fund where creatives can easily get funded to turn their visions into a reality.

“Parliament, this is what building the nation looks like. Create a film fund and let creatives such as Loukman busk in the yellow sun,” he said.

Polly Kamukama, one of the members of Uganda’s Academy Selection Committee, called this a big step and hopefully “this opens more doors for more Ugandan content on the streamer.”

Uganda Communication Commission (UCC), also the organisers of the annual Uganda Film Festival (UFF), congratulated the filmmaker, cast and crew for the milestone and went on to remind Ugandans that Ali’s other film The Blind Date was this year’s winner of the Best Short Film Category at the festival.

Ronnie Nabob, the president of Uganda Film Council, said Ali has shown the industry how far believing in oneself can take one.

“He made his film, went through all the stages of production such as storyboarding, previewing and finally, he has broken into the table of elites,” he said.

Others were happy that finally, the local film industry will leave the shadow of Who Killed Captain Alex, a film by Wakaliwood that always shows up whenever one tries to get information about Ugandan film on the Internet.

Film director an”””d Media Vision Academy’s operations director Robert Nkambo says Ali has walked the talk and has shown filmmakers that Netflix is not rocket science, “but all you need is dedication and quality work.”

Nkambo says Ali has shown them that it is possible and they should go for it and has raised the bar high.

This is not Uganda’s first film on a major streaming platform.

On Netflix, Ugandan actors and producers have a possibility of being seen by a wide audience in countries where the streaming platform is a force to reckon with. Netflix by October had 214 million paid subscribers.

People in The girl in the yellow jumper

A veteran actor and special effects artist, he is notable for his onscreen roles in The Last King of Scotland, Kony Order From Above, and has a recurring role on Pearl Magic Prime drama, Prestige.

The son of Michael Wawuyo, he rose to fame as a born-again student, Brother John on popular TV drama The Hostel. He is a prolific actor who has appeared in drama such as Yat Madit, N.S.I.W.E, The Dog Story, 27 Guns, and Mercy of the Jungle, among others.

Gladys Oyenbot has made her name in theatre. However, she is not new to the screen having appeared in Mpeke Town, Yat Madit, Kyenvu as well as in Queen of Katwe.

An actress and director, Rehema Nanfuka was the first woman to win Best Director at the Uganda Film festival for Veronica’s Wish. She has appeared in productions, Yat Madit, Imperial Blue, Imani  and Imbabazi: The Pardon.

Known to many as the king of soul, singer Maurice Kirya made his acting debut in The Hostel. He has since appeared in Queen of Katwe as Theo

The screenwriter, producer and actor is known to Ugandans for his role in Empire. He has, however, appeared in other films such as 21 Bridges and Half Past Dead 2,  among other films.

Philip Luswata is known as the first Ugandan to appear on South African drama Egoli Place of Gold. He has built a resume both on stage and screen in productions such as in Makutano Junction, Sometimes in April and Queen of Katwe, among others.

Loukman Ali’s entry onto the filmmaking arena was with a short film, The Bad Mexican. He has produced other short films such as Blind Date and Sixteen Rounds. The Girl in the Yellow Jumper is his first feature film.