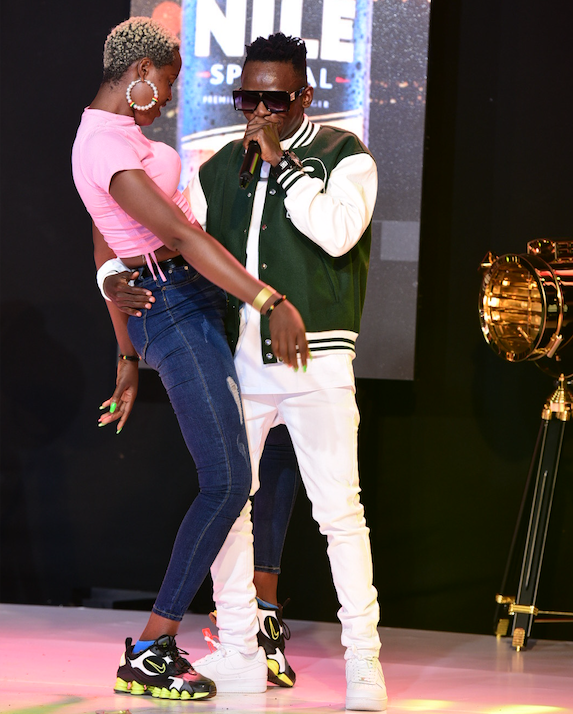 John Blaq with a fan on stage. Photos / Godfrey Lugaaju

Jinja Rugby Grounds brought back was a stage of nostalgia at the weekend as John Blaq and Victor Ruz fed revelers with whiffs of the good ol’ times. This was during celebrations of the ‘Unmatched in Gold’ campaign.

Before their trip to Jinja, the artistes had first performed in Kampala at the same title event. 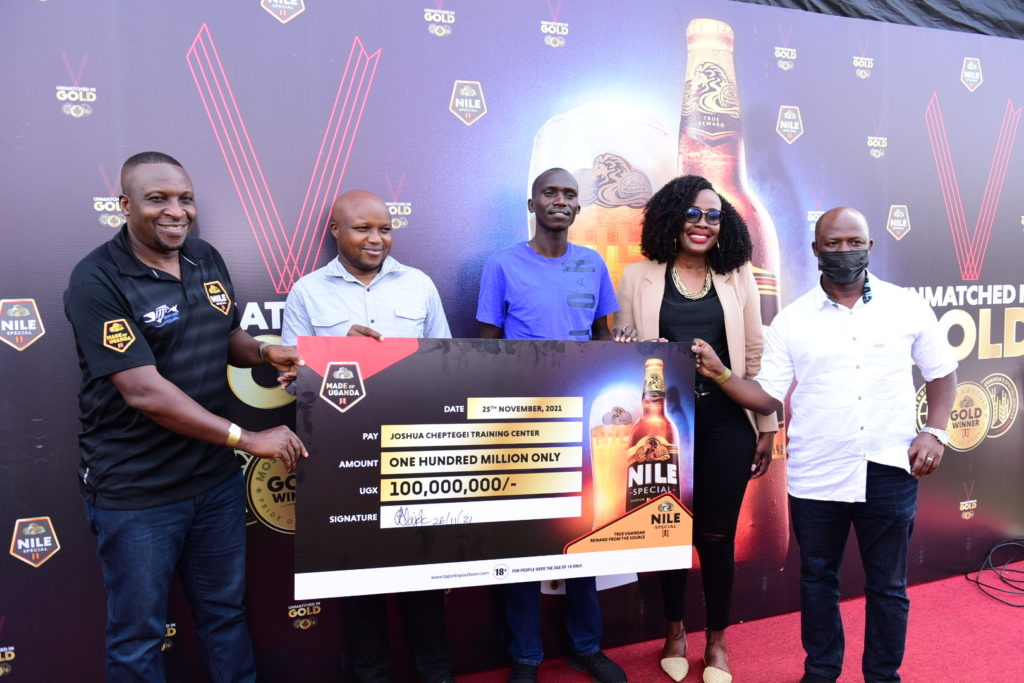 The Nile Breweries team handing over a Shs100m dummy cheque to Joshua Cheptegei.

Victor Ruz, who was one of the headlining acts, thanked Nile Special for giving them a chance to perform in Kampala and also remembering them in their home town, Jinja, considering most of them have not been working.

John Blaq could not hide his excitement of performing after a long time as he asked some fans to join him on stage. It was a magical moment as they danced and attempted to sing along to his Don’t be Like and Do Dat hits.

The Abeeka band crowned the night’s performances as people danced away their stress to different melodies.

The ‘Unmatched in Gold’ campaign speaks of Nile Special’s achievement of being the most awarded beer.

To kick-start the celebratory campaign, the brand toasted to another gold medal winner by unveiling a Shs100m sponsorship package towards the Joshua Cheptegei training facility.