Stepping out of the predicament 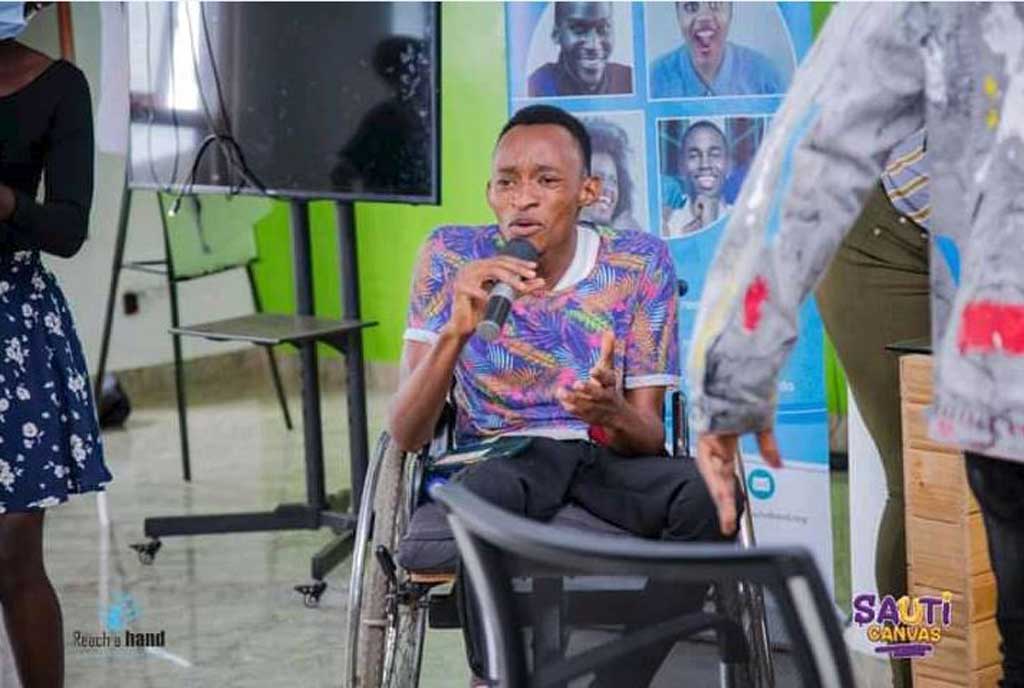 “Pain is pain. Broken is broken. Fear is the biggest disability of all. It will paralyze you more than being in a wheelchair,” Nick Vujicic, a man with not much to show for legs yet making an impact.

We can sit here all day and complain or make use of what we have at hand to fill our lives with flowers despite the many flaws. Previously, I had the opportunity to meet a young man who while constricted to a wheelchair wore a heart-warming smile.

His aura was one of joy and he would draw you in with his zeal to live. Philip Odera is a young gospel artist, who though lives in Kampala was born in Ishasha, Kivu Province in the Democratic Republic of Congo bordering Uganda.

However, he was not wheelchair-bound growing up, only meeting his fate in 2002 during a tribal war between the Rwandese (Nyamulenge) and Congolese back home.

“Being a product of both parties, we were looked at as people trying to take dominance over the indigenous people, which caused tension as has been for many years even before us owing to tribalism. The war broke out unexpectedly and we needed a place to hide. That is when my friends and I thought a tree was an excellent idea,” he recollects.

It was a practice for the Congolese fighters to kidnap these people of mixed descent and in a previous tribal attack; five of his siblings (three girls and two boys) were kidnapped and never seen again.

“Kidnaps were coupled with the looting of homes and gardens as a way to scare us and eventually chase us out of the country. The next attack found our parents gone to the garden and with the rush to get to a safe haven, I did not notice I was stepping on a dry branch from which I fell and injured my spinal cord,” he recounts.

Slipping into unconsciousness immediately, Odera only regained senses when they were in Nakivale camp, thanks to UNHCR, as he came to learn, who made the journey possible.

“My mother told me that my friends ran, found them on their way back from the garden, and told them that I had slipped and could be dead. I was picked and then our family was split into three parties; mother and three of us, my father, and then our older siblings because moving in a cluster, more so with our father would spell more doom were we found. My father was in the Kyangwali refugee settlement camp while we were in Nakivale refugee camp,” he shares. 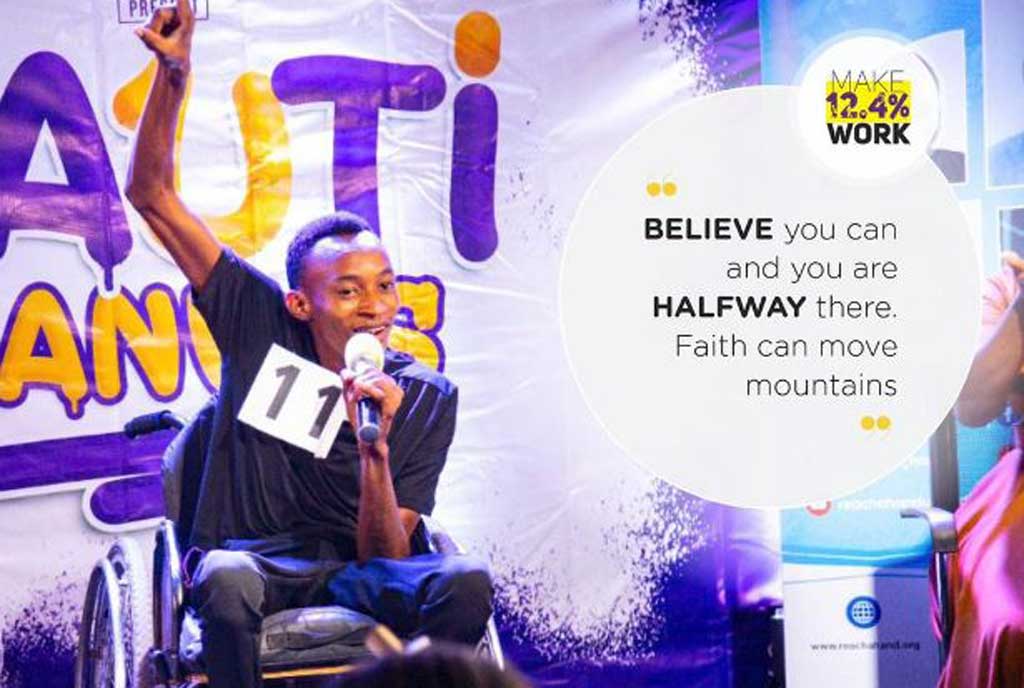 While they were out of the war zone, it was yet another battle for him because life became extremely miserable.

“While here, local herbalists gave me medicine while local orthopaedics tried to help my injured spine. That said I needed medical attention and a surgery, in particular, to correct my spine but my parents were now sentenced to a life of depending on handouts. With that, the thought of affording the surgery was inconceivable,” he narrates of his ordeal.

However, the pain of this seven-year-old was far from over as he contracted spinal tuberculosis. Owing to his condition, they left the camp seeing that the medical facilities therein were not that good to help.

“Our first stop was at the InterAid offices on Sir Apollo Kaggwa and those streets became our home for a month. Moreover, the candle I held for treatment was blown out because we were unaware of our next move. We survived on handouts from the office, though our major helper was Fr Musaala who we met at St Matia Mulumba where we went for mass,” he shares.

While at the InterAid offices (they have since moved), they met Goan, a volunteer with UN who on seeing their plight invited them to his home in Ntinda. “He housed us from 2009 to 2013 and life started getting better as we got acclimatized with the country and appreciated that there is need to work towards transforming our lives,” he smiles.

Then recently, in 2019, a glimmer of hope was reignited in their lives when they got word about their long-lost father.

“We got in touch with him and the glimmer quickly faded away because he was not only elderly but also battling hernia. The disease later claimed his life in 2020. Today, we stay in Kulambiro, and renting has been made possible by contributions from friends and a parish priest who has been helping us. Relying on well-wishers is inevitable because the mother is battling with diabetes and while she previously sold bitenge (African attire) when the disease worsened the situation, doctors advised her to remain at home,” he shares. 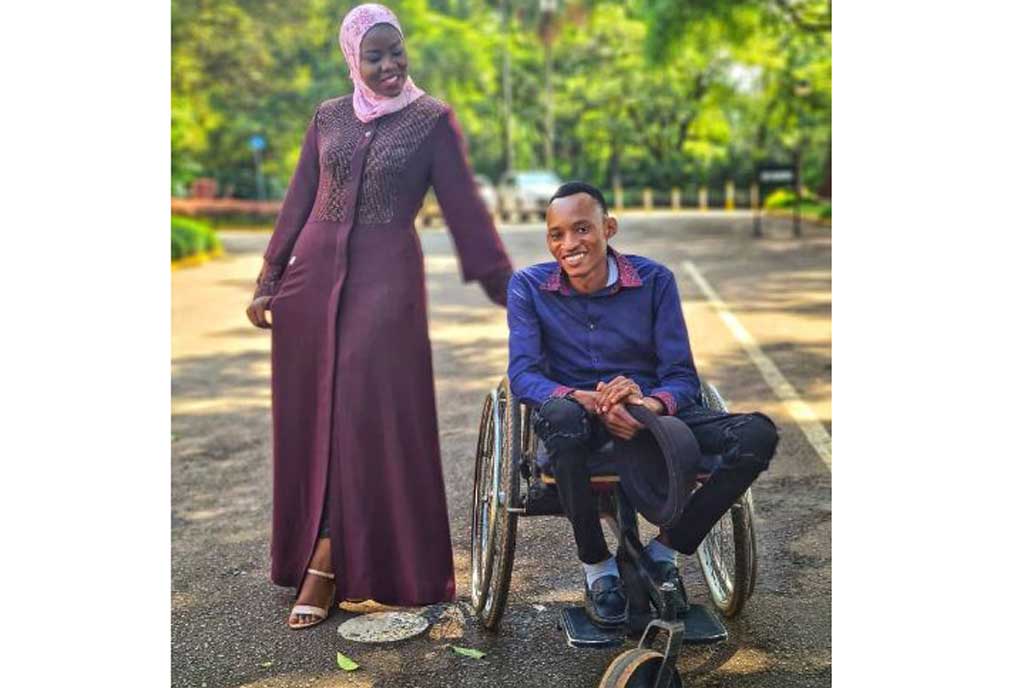 With a failed surgery, Odera is paralyzed from the back downwards and bound to a wheelchair but refuses that to define his life.

He resorted to singing about the plight and happenings of his life thus composing a song, ‘Never give up’ in his senior one (2015).

“I have six songs so far and have sung these at churches and occasions where I get other contacts for more singing opportunities. Through my music, I collected some money and bought 2 acres of land in 2021 in Kikyusa, Luwero where we farm and later sell the harvest. However, in some seasons, we hire it out and collect rent, which helps me further my education; a course in Mass Media – TV and Radio at Ndausi Communication in Gayaza,” he shares.

While he has not had any major stage performance, Odera is hopeful that one day, he will get there. He is also glad to have finally met his lifelong inspiration Levixone who he used to chat with through Facebook and Instagram.

“When we met, he promised me a collaboration which I believe will help me breakthrough in the music industry,” he smiles.

In the meantime, one of his sisters went back to Congo because she was not used to Ugandan life, the other is in South Sudan selling clothes, while the youngest stays with him alongside his mother.