Tropical Fish is uncomfortable but powerful 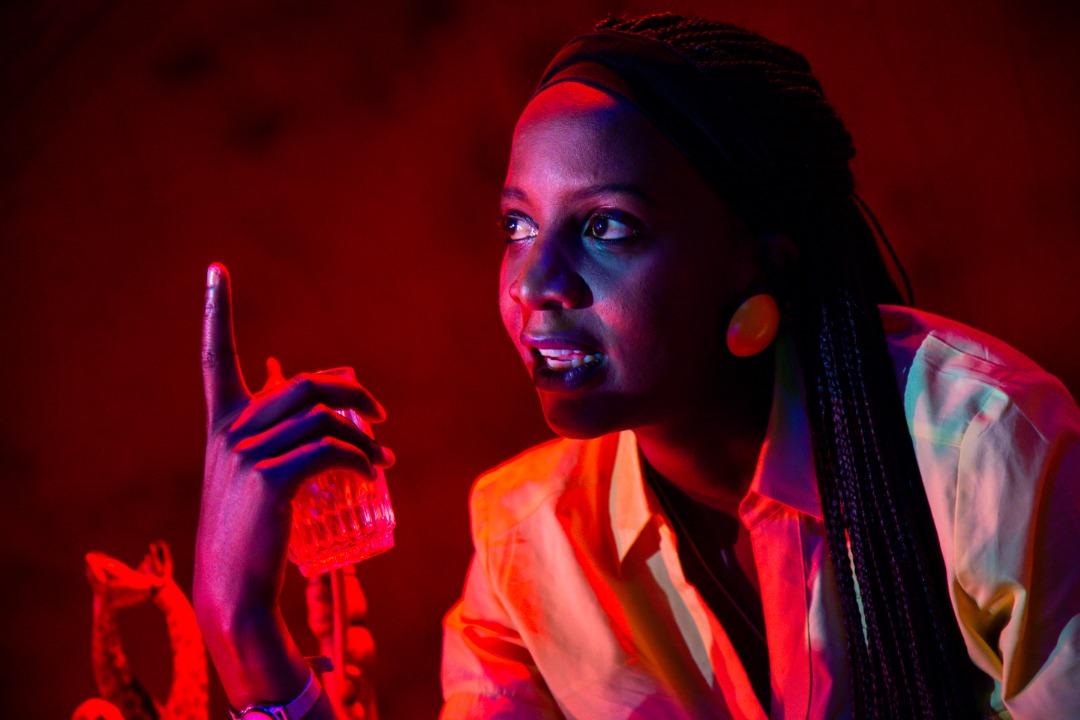 Before the Covid-19 pandemic rewrote Uganda’s social fibre, some things were constant.

For instance, the National Theatre or the Uganda National Cultural Centre was a place people went to consume art, catch up with friends, drink and for some, it was a campus.

Apparently when many European or American volunteers visit Uganda for the first time, they will forget all the places you will likely take them to but the National Theatre. Thus, after their first visit, they will always refer to it for future engagements and meetings.

It is not surprising that regardless of time or day, you always found one wandering about – it is the main reason people believe Ugandans hanging around the place were seeking white partners.

But the National Theatre has been closed for nearly a year, it is easy to guess many of these wandering white men and women have since found a new place to use as a campus.

In the same way, art too has migrated from the theatre to places willing to open and experiment with performances in times of Covid-19.

Tropical Fish, which has been staged at Ndere Cultural Centre and Capital Place Hotel for the past three weeks, would have been one of such productions at the National Theatre because of one reason: for years, it has been the spot where locals meet White people.

Tropical Fish, an adaptation of Doreen Baingana’s book, Tropical Fish: Stories Out of Entebbe is a one person production that brings to life the story of Christine, portrayed by Lulu Jemimah. The character is pivotal through the different short stories you find in the book, other characters met in the book include Patti and Rosa, the daughters of a senior government official who becomes an alcoholic and loses it all.

In the books, we are introduced to Christine as a child. In the play though, she is relatively a young woman waiting for an old friend who is returning from England.

It is during this wait that we start learning a thing and more about Christine, the friends she hangs with and Peter, a White businessman who used to sell fish abroad.

Besides that though, Peter and Christine were in a relationship where they both had different expectations – for Peter, it was a fun engagement with a young Black woman not in any way special from the previous ones he’s had with such girls.

Yet for Christine, this is an escape from the normal; an ordinary girl who once admired White people on screen was now sleeping with one.

The production tries to get into the mind of an inter-racial relationship and while at it display both the good and evil these relationships come with. In many of the scenes, for instance, Lulu’s character tries to convince herself that she has Peter where she wanted him, yet, even before he did something to prove her wrong, there was a watchful eye of his househelp, looking at her, saying nothing and yet loudly sneering at her like, “I’ve seen your kind before, they come and go.”

Tropical Fish is a rollercoaster of a production, tackling a topic that’s sticky, especially in the artistic world where such relationships are common. It probably made much of the show goers uncomfortable.

The show heavily depends on the strength of the performer to impact its audience thus the better the performance, the more chances of understanding Christine’s point of view.

This is the second time the production has been staged after it premiered at the Kampala International Theatre Festival in 2016. Then, seasoned actress Rehema Nanfuka, brought Christine to life. It was a shorter version of the story, yet still powerful.

The second outing of the shows was aided by two actresses; Esther Tebandeke, another seasoned performer whose catalogue includes both theatre and film productions such as Body of a Woman as a Battlefield in the Bosnian War, Conversations With Mum, Cooking Oil, Maria Kizito to films such as, Sins of the Parents, Master on Duty, In Her Broken Shadow, Imperial Blue and Queen of Katwe. Both Tebandeke and Nanfuka are very imposing actresses, they will break the character down, go on a journey with her and while at it, carry the audience along.

Then there’s Lulu. This was her first outing as an actress – at least for many people who saw the show this month. Of course she wasn’t going to do the things the previous two actresses have done – they have an experience for years. So what made her performance was staying true to herself and having fun with Christine.

Her version of the production was emotional, especially for the fact that her kind of Christine seemed to be more gullible than she has ever been, which made her vulnerable most of the time.

The play ends with the character processing her own abortion only to notice that Peter doesn’t even care, oh, he has actually never cared – that realisation was powerful.