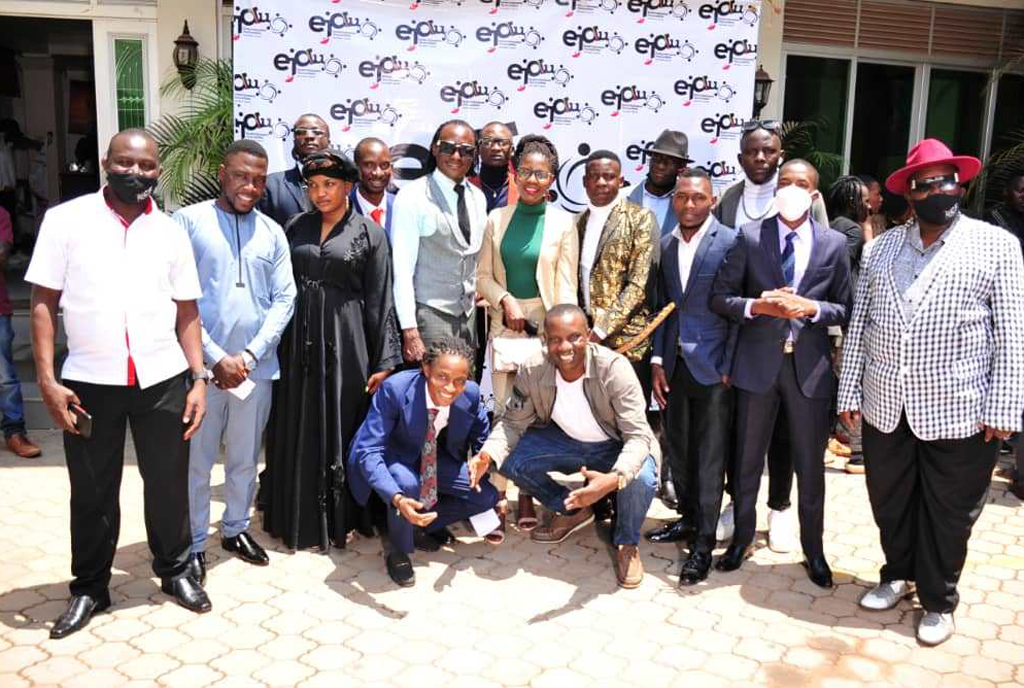 Like many other bodies that bring journalists together, Entertainment Journalists Association Uganda (EJAU) makes strides every single day and Friday last week was no different as the lot gathered at Emerald Hotel off Bombo Road to put in place new leaders on top of streamlining their operations.

During the three-hour function, Ejau was commended and cautioned at the same time on how some of their members dispense news. Dr. Innocent Nahabwe, the vice president of the National Association of Broadcasters (NAB) rolled back the years and pointed out how hard it was to have entertainment news in the headlines but that has all changed. According to him many took entertainment news as a joke and full of gossip with no facts. Of late, that has changed with the involved stakeholders stepping up. 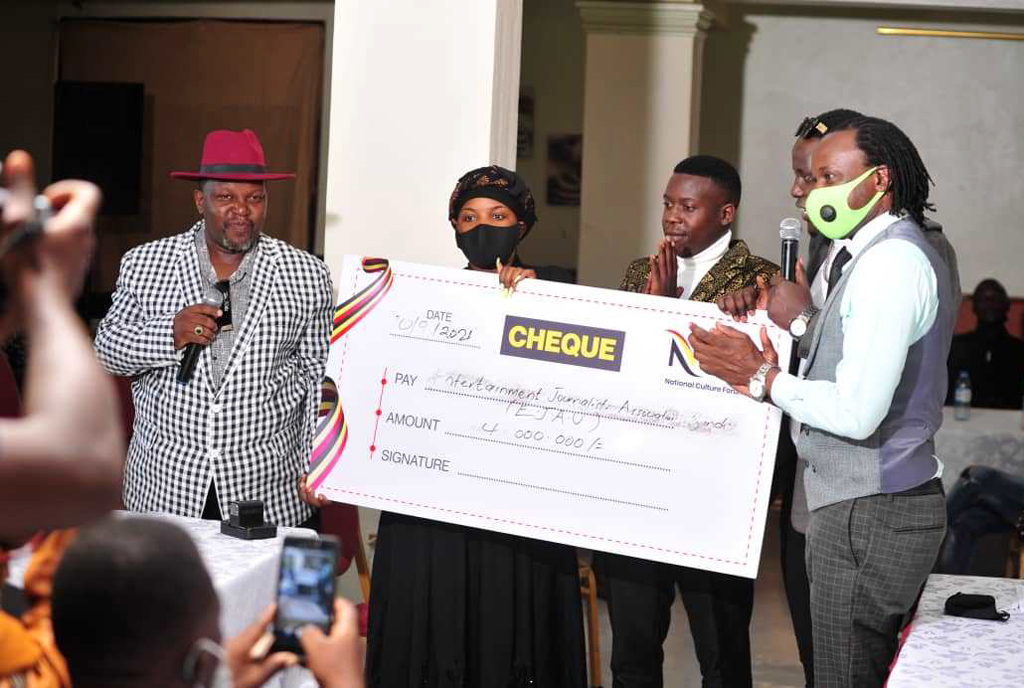 Nahabwe who is also the Galaxy Fm proprietor cautioned journalists to tone down when it comes to airing news as some of the reports have been red flagged with bias and blackmail, targeting individuals. He vowed to help fix the conundrum by organising programmes to help phase out those tendencies by empowering journalists with adequate reporting skills or else Uganda Communications Commission (UCC) would step in. UCC in the past has picked a bone with media houses and personnel that have come short in meeting the required standards of operation, threatening to revoke licences.

The best sight on the day was National Cultural Forum(NCF) representative Daniel Kazibwe also known as Ragga Dee handing over a Shs4m cheque to Ejau to help in running and supporting some of the association’s activities. Newly elected Ejau president Herbert Kyewalyanga noted that the money was to help in acquiring offices and setting up a website among other minor operations. He echoed Nahabwe’s plea on professionalism with emphasis.
The new leaders of EJAU include; Herbert Kyewalyanga- president, Jonathan Muguddwa the Vice President,Lillian Bayana -Vice general secretary, Rogers Mugabe – Publicity , Benjamin Kalyesubula – Mobiliser among others.