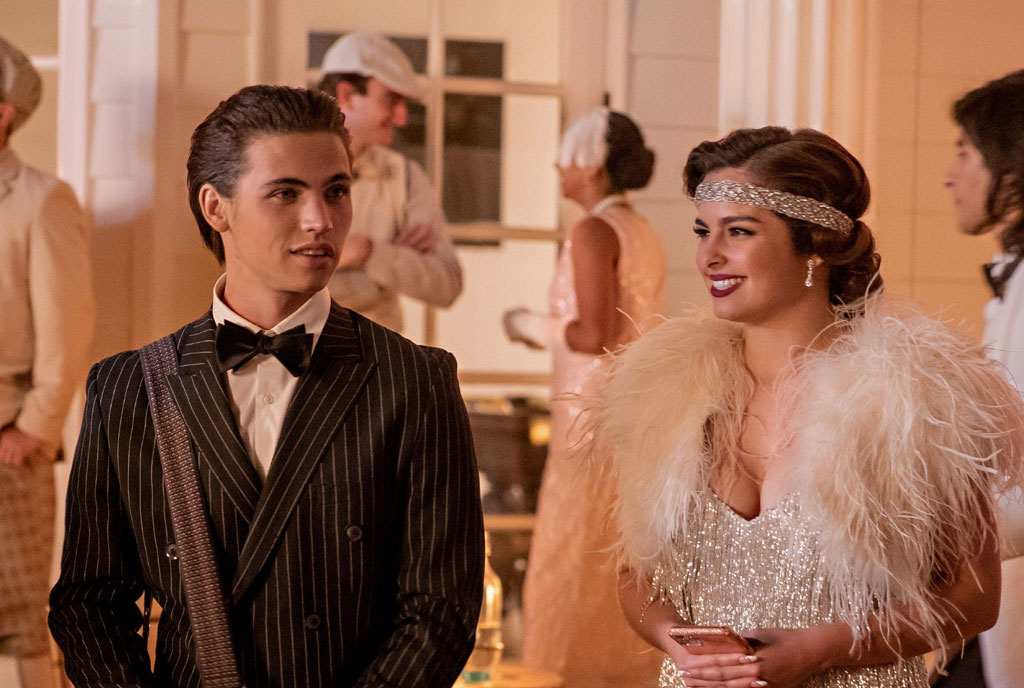 He’s All That is the story of She’s All That, with a gender swap. Since She’s All That came out more than 20 years ago *insert shocked emoji*, the story might not be familiar for many people reading this, which is already one thing in favour of the movie. In He’s All That, popular girl Padgett (Rae) undergoes public humiliation – of going viral proportions. It goes without saying that she needs to pick up major cool girl points to save face. When her ability to turn anyone she wants into a popular kid is challenged, she takes on the challenge. The challenge is to turn Cameron (Buchanan), who is the least popular kid in school, into the prom king. With the assignment in hand, she sets out to deliver, and we get our share of high school drama in return.

Before I did the maths, I was not too keen about a remake of the movie. But it has been a while. In fact most teens might not know who Freddie Prince Jr is. However, it is not just the remake of the movie that got me cringing. It is the fact that we have seen the unpopular kid being transformed into a popular one so many times that you wonder why this is even still worth a movie.

As someone who has been looking forward to the movie pointed out, every year, another group of people starts high school; and we want to see how they navigate some things we did.

The choice of cast was also a clever one. Addison Rae might not be known for acting since this is her first film role, but she has a huge following on TikTok so her fans will definitely be streaming. Her co-star Tanner Buchanan is no stranger to Netflix peeps as we have seen him in the Emmy-nominated Cobra Kai.

Having Rachael Leigh Cook, who played the girl being transformed in She’s All That, play the role of Padgett’s mother here is also one of those nice ways of tying the original to the remake.