Kawempe North: The Geneva of Uganda

Here, Mr Update foots all the bills of his citizens. 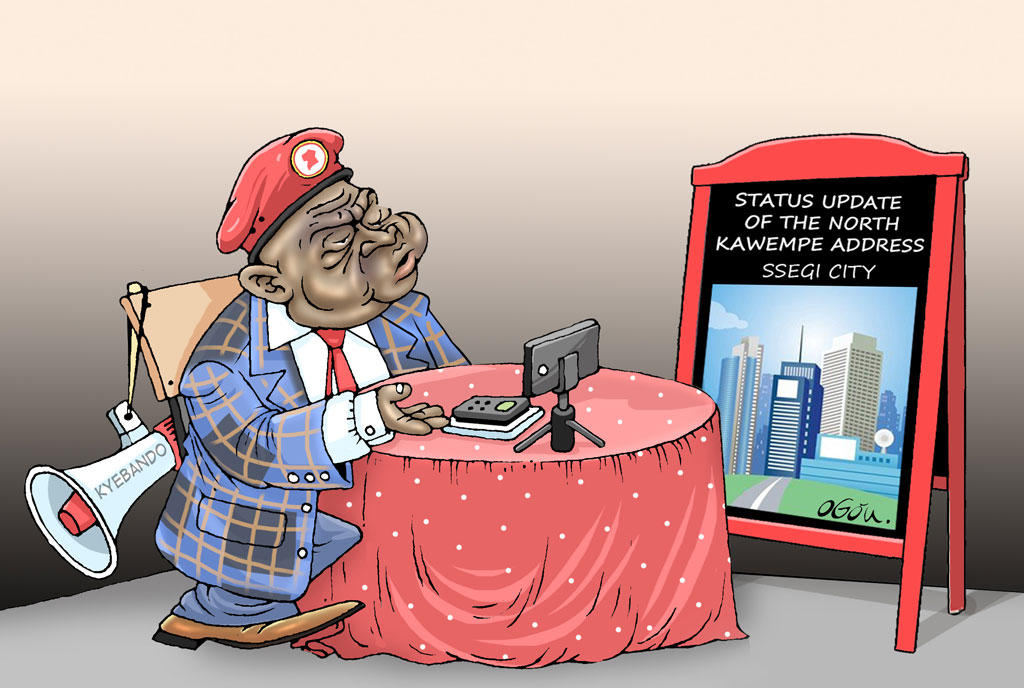 In Kawempe North, healthcare is free. The government of Kawempe North under the leadership of His Excellency Muhammad Ssegirinya, aka Mr Update, foots all the bills of his citizens. You do not have to pay a single coin to get medical treatment for any ailment while in Kawempe North. For new mothers, the government provides a bucket full of offals. That means every day the Kawempe North officials slaughter tens of cows in order to meet this offal requirement. In the previous World Bank Study, Kawempe North Hospital was rated the best in the world with a diagnostic ability of 100 per cent.

Education is free for all in Kawempe North. The moment a child is born, a budget is dedicated for its education. If the kid wishes to go to Kawempe North Technical Institute, the Ministry of Education will make it possible. Government provides textbooks, free food and a student allowance. “I didn’t have a chance to study for free. I had to even study under the guise of a female student’s name. Now that I have the chance to do something for my people, the best is to dedicate all my efforts and money to rolling out free education programmes,” says Mr Update.

The government of Kawempe North is also a fast mover when it comes to food security. It is the only place that can afford a year-long lockdown. Whereas other places in Uganda were grappling with posho and beans, in Kawempe North, the residents were offered a menu every day with a variety of options. One could choose a continental cuisine or a Chinese cuisine. Food would be delivered at one’s doorstep, sometimes by the supreme leader himself.

In Kawempe North, transport is free. The Supreme Leader rolled out buses to pick and drop people to and from work every day. The ministry of Works and Transport in Kawempe North has also mapped out bicycle and boda boda lanes for those who wish to travel more comfortably. “We are currently finalising a deal with Boeing. By the end of the year, Kawempe North will have its own airline. We are learning from the mistakes of Uganda. And we shall set up the most efficient national carrier in Kawempe North,” says Muzaphal, a government strategist.

For residents, the government provides a house for every newborn. However, if you are a visitor to Kawempe North or an immigrant, then you will have to foot a heart in order to get accommodation in Kawempe North.

The situation had gone out of hand, it took the intervention of the Supreme Leader. “I had to request all the landlords and house owners in Kawempe North to be lenient with immigrants.

We understand everyone wants to move to Kawempe North and partake of the developments. But we also believe in equity for all people living in Kawempe North. Fortunately, my people listened to my pleas and agreed not to hike rental prices,” says the Supreme Leader.

Perhaps if there is one person to thank for all the developments in Kawempe North, it is none other than the Supreme Leader, aka Mr Update, aka Muhammad Ssegirinya, aka Ssegy. The youth prefer to call him Ssegy or Mr Update. He is the most technically-savvy leader in the world. He is a progressive leader, ahead of his time. When he was elected, it took him less than 100 days to deliver on every promise in his manifesto. He was too efficient at the job, he resigned and asked to be re-elected on a new manifesto.

Every day, the supreme leader attends to all his people. Some people suspect that he could have cloned himself. One moment he is in Turkey rescuing Lumbuye, then in Amsterdam to meet with officials, then solving floods in his area, and then delivering food to citizens. And all this can happen in one hour. “Other places such as Najjera and Bulindo have tried to steal our dear leader. We are privileged to have such a leader,” said the residents.

At the end of my visit to Kawempe North, I was hurriedly escorted out by the police, lest I overstay my welcome. It hurts to see that within Uganda, there is another different Uganda that works. A Geneva of Uganda, aka Kawempe North. I have now returned to Nkonkonjeru City with better resolve and lessons from Kawempe North.

Disclaimer: The Kawempe North here is the product of the author’s imagination, and any resemblance to actual events or locales or persons, living or dead, is entirely coincidental.