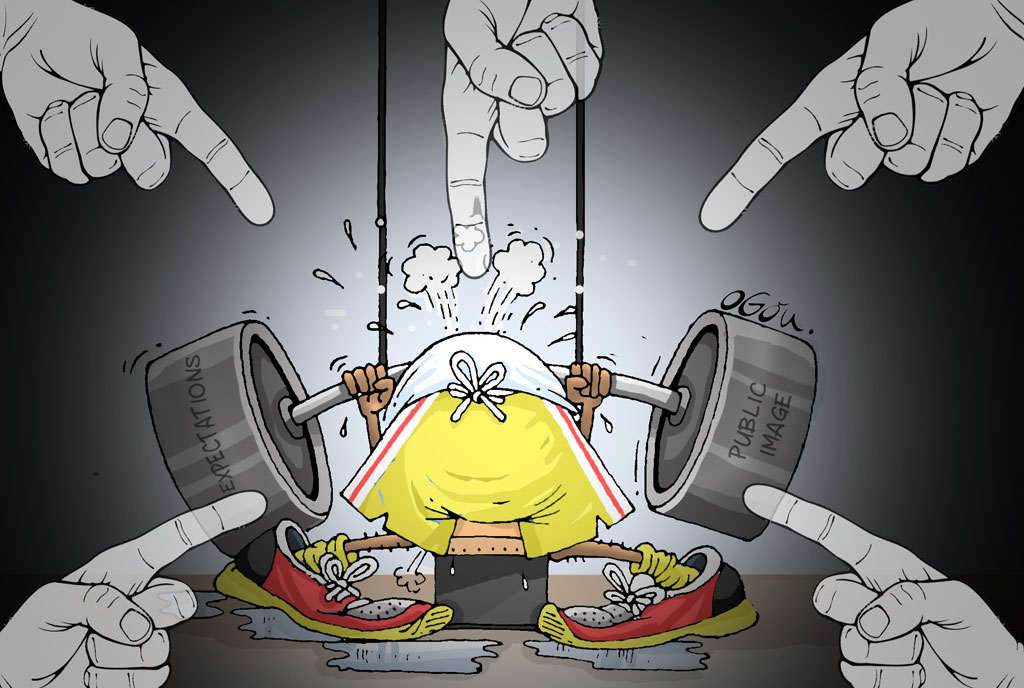 What’s this pressure of trying to fake it?

How many people are driving cars on loans? Most people’s financials would be in order if only they were humble enough to stick to public transport. Yet, the Ugandan dream dictates that someone must drive, or at least have some car keys dangling in their hands. It does not matter how much you earn, owning a car is one of those boxes one must tick off before they can afford to hold an opinion in Uganda. That is why fraudsters in Uganda are quick at checking off this criterion.

A Ugandan scammer will invest in a good car, once that is sorted, everything else will always fall in line. A man knows he is not a real man in Uganda until he is able to mention the words; “don’t worry, I can pick you up.” If you show up for a school reunion function on foot, immediately everyone assumes you have failed in life. The clan will not hold your opinion in high esteem until you show up in a car. Fail at everything in Uganda but do not fail to own a car, whether on loan or in kind, just have a car to show off.

Marriage was always about meeting the right person with whom to raise a great family. At least that is what most of us assumed. Not anymore. There is wedding goals. One must get married and one must throw a big party. In Uganda, marriages and weddings are big statements. It all kicks off with a super engagement party. Now it is a must to think of a crazy engagement idea. At the worst, stop the traffic and propose to her at the Kiira Road junction. Then you move to the bridal shower. It must be well-themed, there should be a dress code, with a special photographer. Then the Introduction ceremony, aka kwanjula, and it all climaxes into the mega wedding. But it is not a wedding unless you have put some people under pressure to contribute.

It is endless wedding meetings, endless reminders to fulfill pledges. And finally, the wedding happens, with all the debts, and then reality hits. Now one must maintain the lie that is the wedding. Couples wearing matching outfits, couples showing up with marriage goals, all in the name of maintaining the illusion. If it weren’t for peer pressure, most Ugandans wouldn’t be married.

Since when did Ugandans all decide to become entrepreneurs? Business is not everyone’s playing field. There was a time when most corporates woke up and decided to start a side business. Many bought chunks of land along Gayaza, Mityana and Mpigi roads. They were ready to run agricultural enterprises. Six months into the ordeal, many had lost money.

Every weekend they would drive off to their farms mumbling to each other; “agriculture is the future. You can’t rely on one source of income.” Fast forward, most farms were abandoned, and many have swallowed the humble pie and stuck to their jobs. We must accept that one can stick to a career path and strive to become a great employee. It is not a must for everyone to run a side business! It is not a must for everyone to buy land and try out farming. Just because one has some money to spend, doesn’t automatically make them a great entrepreneur.

Every Ugandan wants to belong. They feel like they are missing out. Everyone acts like they know someone who matters in this country. Just because you met a Sudhir for a day does not make you buddies. There is no need captioning photos; “having a good time with my great friend Sudhir.” Ugandans want to prove to each other that they matter. They want to show up for the same events, same venues and claim to know the same people.

If you listen to an average Ugandan, you will think they run this country. They are addicted to name-dropping. Everyone claims to know the DPC of their area. “Ahhh you see, last time I was talking to the DPC of Kasangati.” Until that one crucial moment when they are stranded at a roadblock and the DPC fails to pick their calls.

Why does everyone want to prove to another that they are doing well? Sometimes people should accept that they are poor and work at becoming better. What’s this pressure of trying to fake it? Faking it till you make it? It always ends in tears. Some parents are taking their children to schools they cannot afford just so they can tell their friends; “you know my son is studying in Malaysia.” Okay Madam, then what?

Shout outs to all Ugandans dealing with peer pressure in their adult life. Adulting doesn’t get easier…