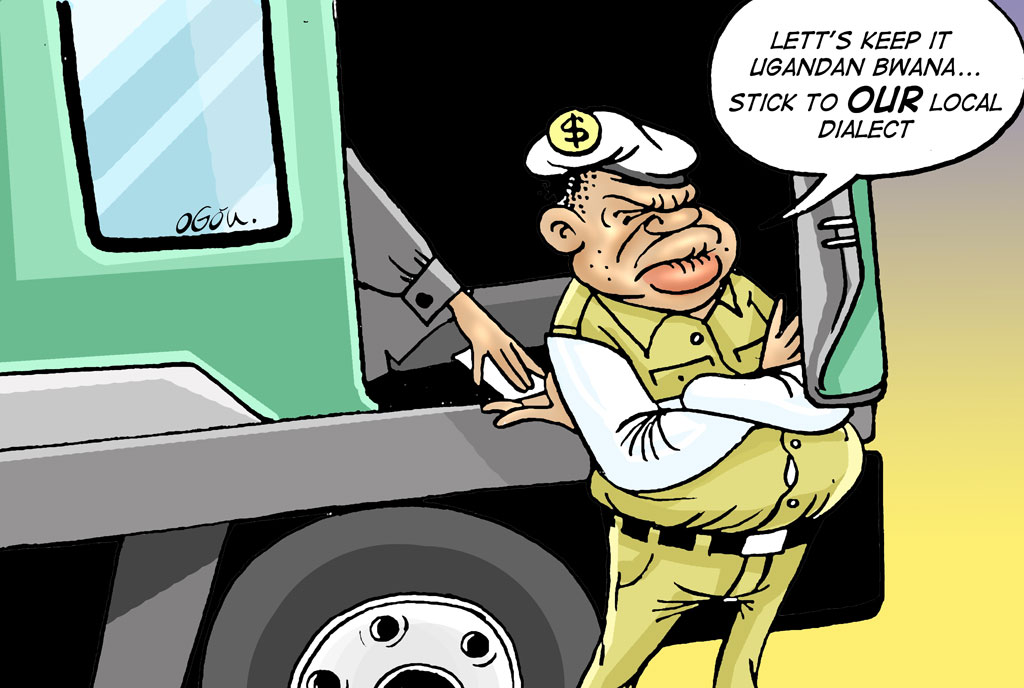 One word can mean totally different things in UG…

Process by process: Ugandans are always enriching their languages. Nothing is ever direct in this country. One word can mean totally different things in this country. It’s for this reason that our dear readers need to keep a copy of the updated Ugandan dictionary lest they find themselves in trouble.

Used to notify the public about the beginning of some interesting story. In the past bloggers would say; “tusimbudde” during their live shows as a way of telling the audience to be attentive. Now it is used whenever you have a social media battle or some form of scandal brewing.

A title for NUP’s party leader, Bobi Wine, mainly used by those who have a bone to pick with him. “Pulinsipo has gone abroad and left us locked down,” someone will casually say.

The new prime minister has become an instant hit, following her proposal to send mobile money to the vulnerable poor. However, of late, the name has now replaced the famous Ugandan proverb of ‘waiting for some ka money.’ Instead, if you meet your landlord, you simply tell them; “I am waiting for Nabbanja’s ka message.”

The Stingy Men Association of Uganda, also used to describe a stingy man, a man who cannot afford transport money or taking a lady out on a date. A stingy man will see cement in everything. Until you ask him; ‘since for you, you are not wasting your money, how many apartments do you own?’

You know the kind of people who go extra in everything? Munamasaka and maalo always move hand-in-pocket. A Munamasaka will try his best to prove that he is not a villager. But the more he tries to prove so, the more everyone confirms that the man is indeed a villager. Famous for men with fluffy dashboard covers and statement stickers on their cars.

Although a slay queen in other places means a woman who is a lover of luxurious life, in Uganda, it is used in a derogatory form to imply a lady with expensive taste, while working on a poor man’s budget. A slay queen in Uganda will pop champagne in a nightclub only to return to her mattress on the floor somewhere in Nansana.

Not exactly in reference to the place. But if someone does something ‘local’, there is a high probability they have Nansana genes. One thing rarely said about Nansana girls, unlike their Najjera counterparts, they have true love. They know how to fight for their man/men.

Have you met a rebel, a confused person, someone always on the wrong side of the law? Think no more, if you do not understand someone, chances are high they lived in Najjera for at least a week. You cannot stay in Najjera and remain sane. Apartment after apartment of you chaps that have started earning some sensible salary. They are avenging for all the days mum and dad kept them contained at home. Najjera for many is an extension of their campus days.

These ones are the kind that are looking for a chance to race. Do not commit a mistake of overtaking a Subaru driver. He would rather crash into a building than suffer the shame. Subaru drivers are famous for the caps, and of late have gone into the beard-growing trend. The only gentlemen and ladies in the Subaru family are the chaps that drive outbacks. They have seen it all, no need to prove a point. Calm and collected all year round.

Used to describe a cabal that’s running things in the background. The word was first popularly used by ‘Mahogany’ aka former vice president Gilbert Bukenya. Since then, Tamale Mirundi has made it normal speak in Uganda. If you cannot explain the cause of your suffering, you can always blame it on the mafias. If someone cannot explain the source of their wealth, they must be part of the mafia.

A section of Uganda’s armed forces that helps interpret presidential directives. If there is anything unclear in the President’s communication, they are always at hand to clarify on behalf of the President.

Next time you are stuck at the roadblock and the Afande insists on a ‘Kipapula’, do not waste time wondering what kind of paper he is referring to. He is not referring to a traffic ticket or a newspaper. He is telling you to speak the language that is understood across the world. A kipapula is a sweet way of asking you for a bribe. Sometimes, it is water, or oil or a pen. Ugandans are indirect in their speech.

A word used to signal impending danger. Whenever this word is used in his speech, you can always expect an extension of the lockdown. Too bad, he once cancelled a lockdown and imposed a fresh one. He came and closed bars that he had never opened. “Therefore, I have extended this lockdown for another 42 days,” he will always cause pandemonium.