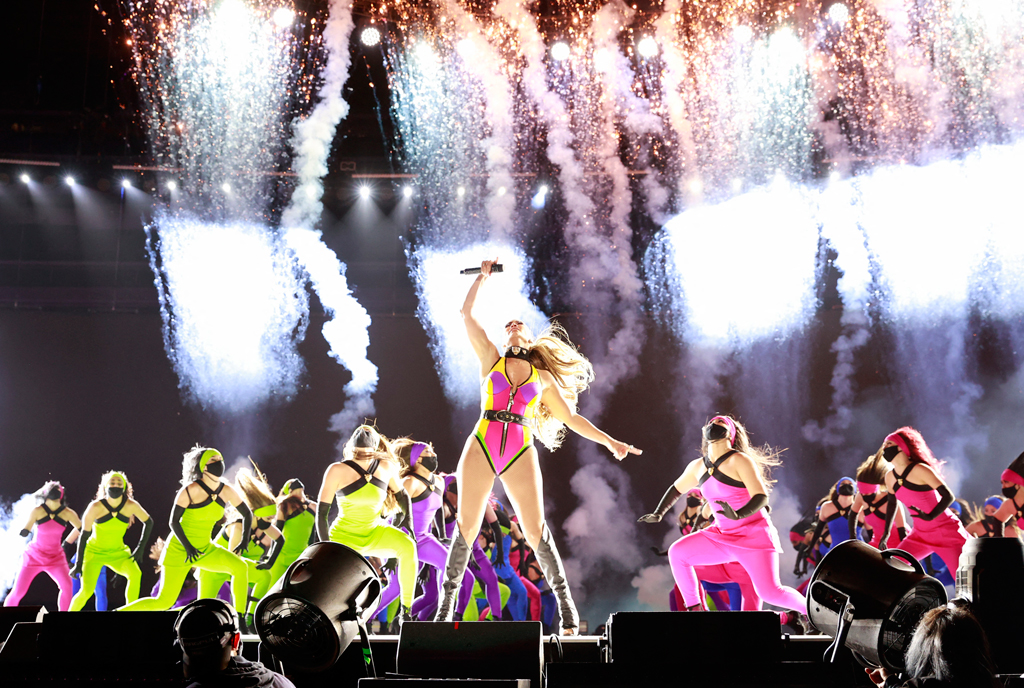 Britain’s Prince Harry joined pop royalty including Jennifer Lopez at a star-studded concert in Los Angeles Sunday to urge faster and more even global vaccinations, as he voiced support for India during its devastating Covid outbreak.

“Vax Live: The Concert To Reunite The World” featured video messages from the pope and President Joe Biden and in-person appearances from Hollywood stars such as Ben Affleck and Sean Penn.

The show will air on television and YouTube on May 8, after being pre-taped in front of thousands of fully vaccinated spectators at a vast California stadium Sunday.

“Tonight, we stand in solidarity with the millions of families across India, who are battling a devastating second wave,” said Prince Harry, who was greeted with a standing ovation. 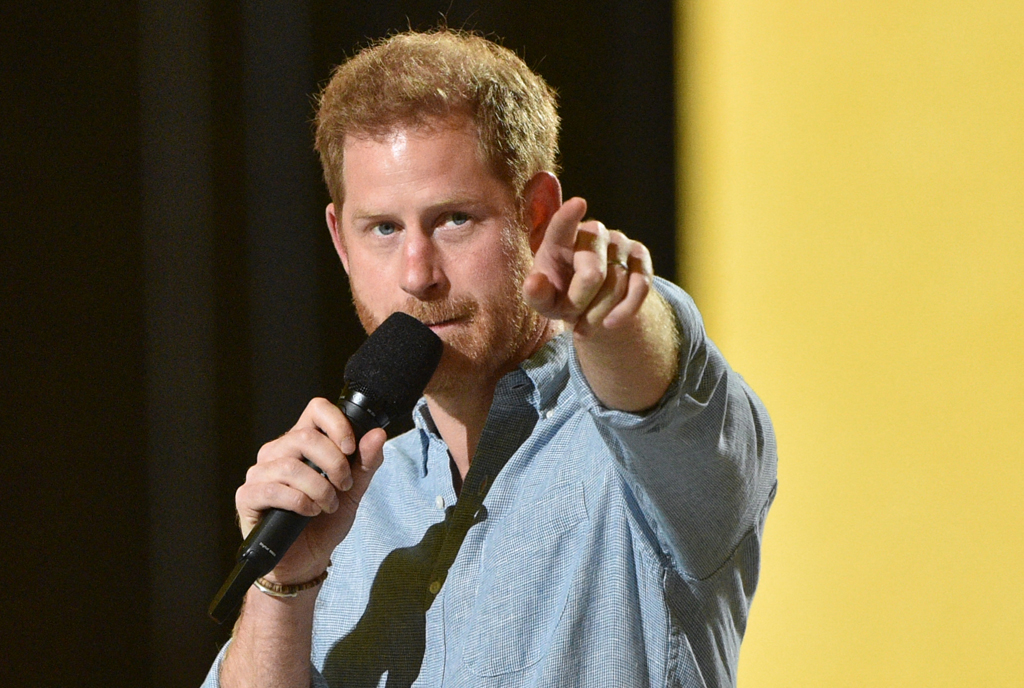 Co-Chair Britain’s Prince Harry, Duke of Sussex, gestures as he speaks onstage during the taping of the “Vax Live” fundraising concert at SoFi Stadium in Inglewood, California, on May 2, 2021.

“The virus does not respect borders, and access to the vaccine cannot be determined by geography,” added Harry, making his first in-person appearance at a major public event in California since moving last year to the United States with wife Meghan Markle, who did not appear.

The concert organized by Global Citizen, an international advocacy organization, aims to battle vaccine disinformation while calling on world leaders and corporations to take action and make donations.

Thousands of spectators gathered inside Los Angeles’ giant, recently completed SoFi stadium for the first time. Most attendees were frontline medical workers, many dressed in nurse and doctor uniforms.

Selena Gomez hosted proceedings, calling for “doses and dollars” to go to the world’s poorest countries even as California and parts of the West emerge from lengthy lockdowns thanks to massive inoculation progress. 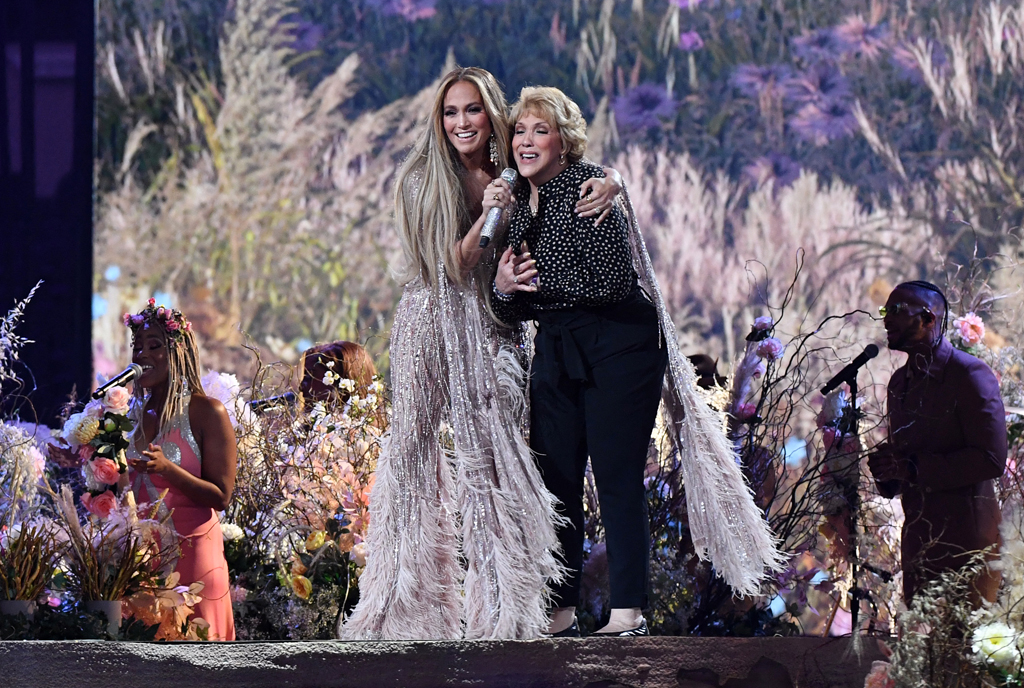 US singer Jennifer Lopez performs onstage with her mother Guadalupe Rodriguez (R) during the taping of the “Vax Live” fundraising concert at SoFi Stadium in Inglewood, California, on May 2, 2021

Not ‘out of the woods’

A glittering J-Lo told fans she had been forced to spend Christmas without her mother for the first time due to the pandemic — before bringing the Lopez matriarch onto an elaborate meadow-themed stage for a feelgood singalong of “Sweet Caroline.”

The Foo Fighters were joined by surprise guest Brian Johnson of AC/DC for a rendition of “Back in Black.”

“We ain’t out of the woods yet… let’s work as hard as we can to make sure we can do this” every night, said frontman Dave Grohl.

Organizers said the event had surpassed its fundraising goal need to purchase 10 million vaccine doses for low and middle-income countries, drawing more than $53 million in donations from corporations and philanthropists.

In pre-taped messages, President Biden said he was “working with leaders around the world to share more vaccines and boost production” while Pope Francis said: “I beg you not to forget the most vulnerable.” 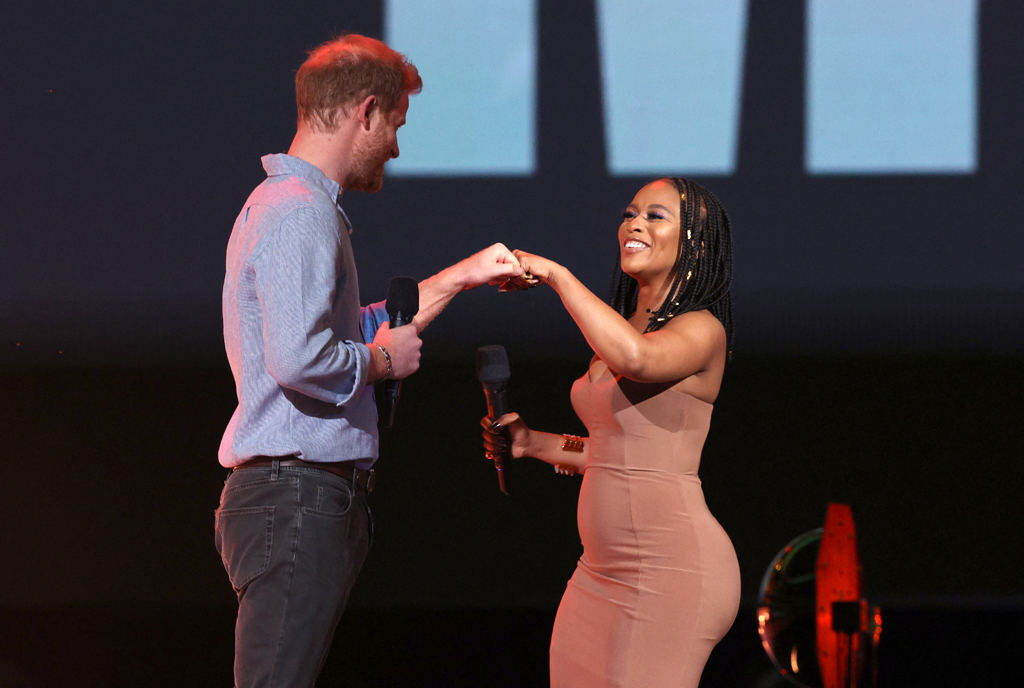 Prince Harry, who took to the large circular stage in the middle of the arena dressed casually in a blue shirt, described online disinformation about vaccines as a “humanitarian crisis” that is “getting worse.”

The concert will stream on YouTube along with American television networks ABC and CBS on May 8 at 8:00 pm ET (midnight GMT). It will also air internationally on Brazil’s Globo, Colombia’s Caracol, SABC in South Africa and MultiChoice in Africa.