The real life of a Ugandan MP 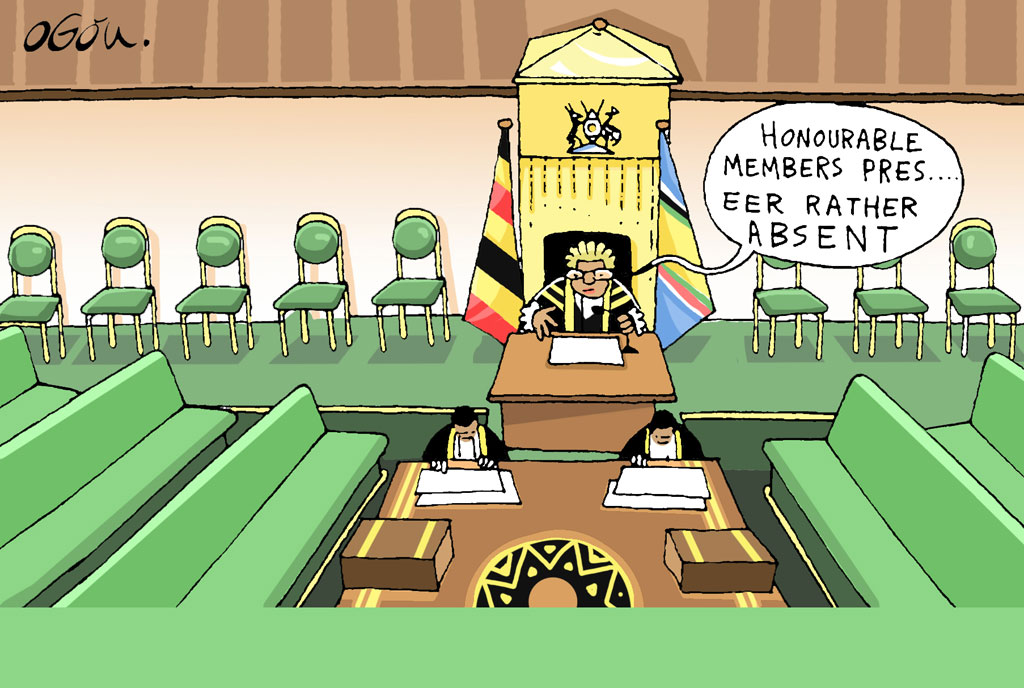 To be an MP, one must practice the art of telling True Lies.

Typical: If there has ever been a real-world Tom and Jerry relationship, it is that between the Ugandan MP and the voter. It is always a cat and mouse chase. During elections, the MPs chase the voters. After elections, the voters chase the MPs. But has anyone imagined the real life of a Ugandan MP?

There is no person as heavily indebted as a Ugandan MP. To become a Ugandan MP, one must spend without caution. In Uganda, an MP is the modern-day version of a village chief. He does not exist to represent and air out their opinions in Parliament, he exists to solve all their problems. One must take a loan to fund the campaign. From the party primaries all the way to the actual elections. Upon swearing in, loan sharks and banks will be around the corner with attractive offers. It is impossible to find a Ugandan MP without a loan. They lie and die for loans.

Have you heard of True Lies? As a Ugandan MP, one must practice the art of telling True Lies. Always tell the voters what they want to hear. If the voters want to hear that the man is going, assure them that this time there is no chance left for him. That they will personally escort him back to his cattle ranch.

In Uganda, you always promise Heaven and deliver hell. The voters will nonetheless cheer. The true lies are soothing to their ears. If there are heavy envelopes to accompany the lies, they will carry you on their heads all the way into Parliament.

Ugandan MPs live for the limelight. You do not have to speak on the floor of Parliament, but just make sure whenever cameras are around, you are ready to make the most of them. Roll on the floor, make noise, shout, threaten, scare, do everything that will get you on the 9pm news bulletin.

Show up with a red bandana on the floor of Parliament, keep spitting fire. When it is time for the car allowance, find something to get you absent. Fake some illness and pose for the photos to prove to your constituents that if not for the sickness, you would have rejected the allowance.

In fact, sometimes, as a Ugandan MP, you can call the journalists and assure them you are returning the money. Get a bank deposit slip and ask them to take a photo. Or perhaps, like Missy Amelia, remind a journalist; “mbuza ebya ssente.”

Court controversy at all costs. Disagree with the President whenever a chance presents itself. Never see good in all his policies. Otherwise, how will they know that you cannot be bought?

You must never miss at a funeral. Fail at everything in life, but do not fail to appear at a funeral. You do not have to know the deceased, just show up. Speak greatly about the deceased, assure the children of the deceased of your unwavering support. Then remind them about your political future. And ask them to guard that future.

Remember to prepare a separate budget line for your funeral expenses. And ensure you are announced endless times and thanked for your contribution.

If you are a Ugandan MP and you are yet to buy an ambulance, you are committing a grave mistake. In Uganda, every MP ought to buy an ambulance. Pick any car, and name it an ambulance. Do not forget to advertise your name. “Donated by Ortega, MP Yoruba Constituency.”  When voters start getting amnesia, ask the ambulance driver to make a trip around the constituency. Your ambulance is your mobile billboard, make the best of it.

Whenever a project is being launched in your area, be sure to tag along. Request to make a speech at the launch of the project and assure the voters that you have finally delivered as promised. If some NGO is launching boreholes, appear at the launch ceremony. Cut that ribbon. Let no one steal your shine within your constituency.

If NARO is giving seeds, ask them to use your home compound for the exercise. If possible, print some T-shirts with your name. As people receive seeds, they receive a T-shirt.

You must be a darling of the media, never decline a media invitation. On top of this, look out for the different groups in your constituency, the women groups, the youth groups, taxi drivers, boda boda riders, the malwa groups. These groups will do your bidding among other voters.

Occasionally, get the CEO of the malwa group to have a lift in your car. He will praise your name among his malwa subjects and sell you as the humblest of men. Ensure that you have the solution to every problem. Never appear clueless or acknowledge any ignorance.

If a voter asks for a railway line, assure them that it is something in your manifesto. You are a Ugandan MP!