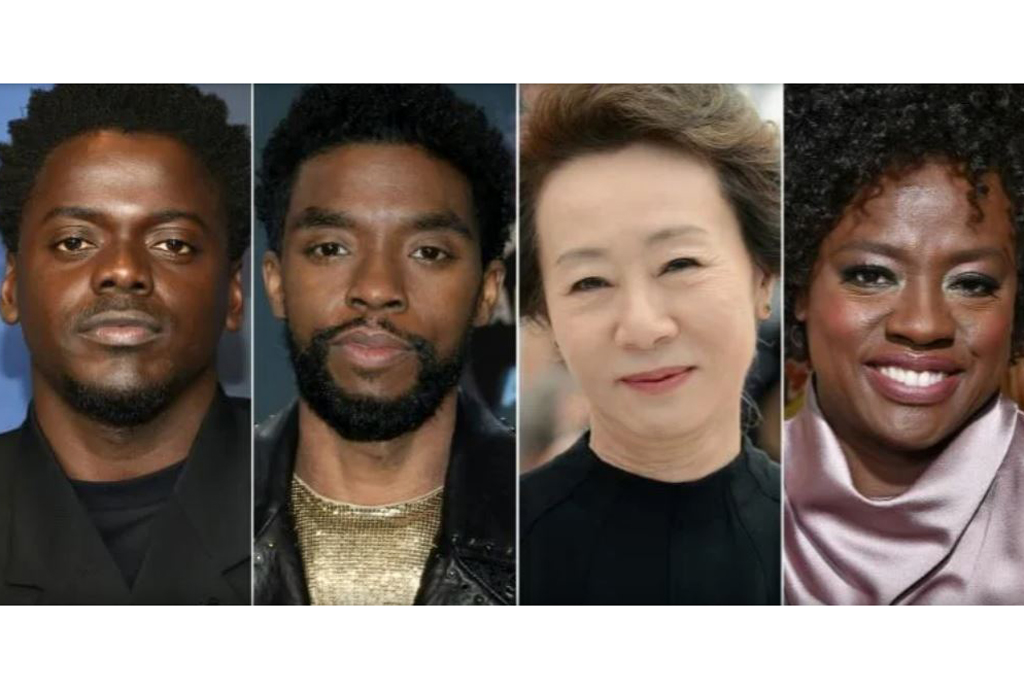 It is guaranteed to be an Oscars like no other: broadcast live from a train station, honoring films few saw in movie theaters, and reuniting Hollywood’s A-listers for the first time in more than a year due to Covid-19.

Chloe Zhao, whose drama “Nomadland” about transient Americans roaming the West in vans is tipped to win best picture and in the running for five more Oscars, is among the nominees set to emerge from long isolation on Sunday to take part in Tinseltown’s biggest night.

“We want to see our friends! We have a lot of friends nominated this year, and we’re really excited to see them,” Zhao said of the 93rd Academy Awards.

But while the nominees enjoy a much-needed catch-up, the usual high-wattage glamour of the stars parading in couture gowns and jewels will be more subdued, with organizers promising only a “teeny-tiny red carpet.”

The guest list is strictly limited, with even studio execs forced to watch on television, and most of the Hollywood press corps will be absent — something stars of a more nervous disposition are likely to welcome.

“I do think there’s going to be some more freedom” for the attending nominees, Variety journalist Marc Malkin told AFP.

But with stars reportedly told they can remove their masks while on camera, even as the pandemic rages worldwide, “there’s going to be an awkwardness of ‘how much are we supposed to be excited? Do we hug? Do we not hug?” he added.

“Nomadland,” which has swept most of the awards shows in the run-up to the Oscars, enters Sunday as one of the clearest best picture frontrunners in years.

Zhao is also tipped to become the second woman, and first of color, to win the golden statuette for best director.

With movie theaters closed all year, and blockbuster content delayed, her film — like rivals “Minari” and “Sound of Metal” — captured the pandemic zeitgeist with its stunning portrait of the isolated margins of society.

Contenders like “Promising Young Woman” and “The Trial of the Chicago 7” tapped into themes of #MeToo and anti-racism protest that feel more relevant than ever, but those films are still outsiders for the night’s final prize.

The acting races — in which it is realistic that all four prizes could go to people of color, after years of #OscarsSoWhite complaints — promise more tension.

Best actress in particular is “up in the air,” according to Deadline awards columnist Pete Hammond — all five contenders including “Nomadland” star Frances McDormand, Viola Davis (“Ma Rainey’s Black Bottom”) and Carey Mulligan (“Promising Young Woman”) have won awards for their work. 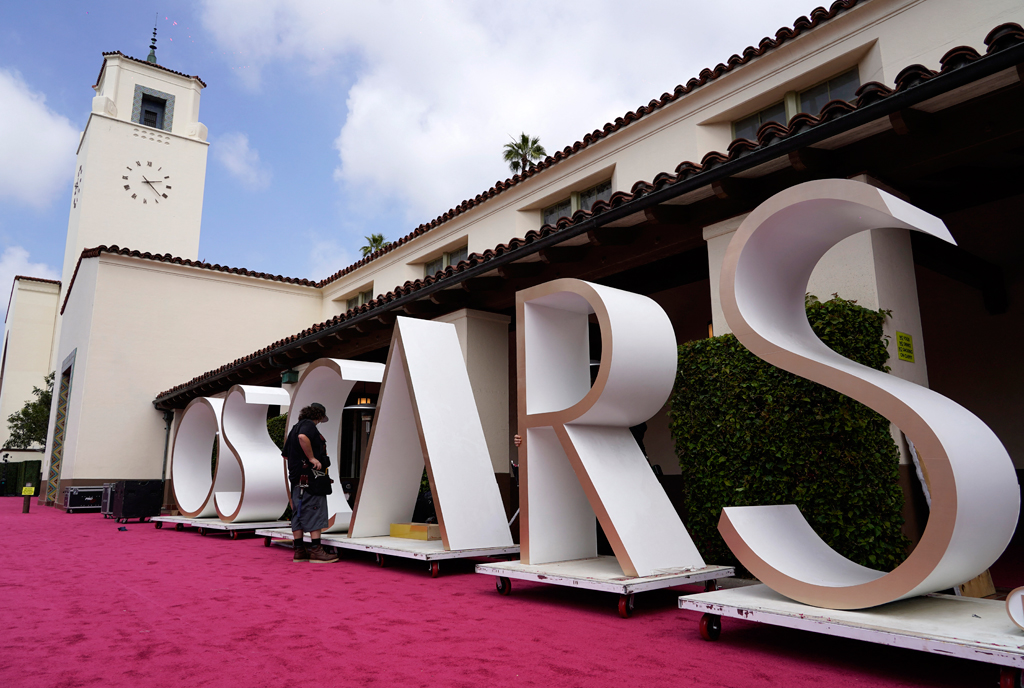 An Academy Awards crew member looks over a background element for the red carpet at Union Station, one of the locations for Sunday’s 93rd Academy Awards, April 24, 2021, in Los Angeles. AFP PHOTO

The late Chadwick Boseman is tipped to win only the third posthumous acting Oscar in history for his lead role in “Ma Rainey,” but one Academy voter told AFP that Anthony Hopkins’ turn as a dementia sufferer in “The Father” could produce “a surprise.”

Daniel Kaluuya is expected to win best supporting actor for “Judas and the Black Messiah,” while South Korea’s Youn Yuh-jung (“Minari”) is the one to beat for supporting actress honors.

A win for “The Trial of the Chicago 7” or “Mank” would hand Netflix the first-ever streaming win for best picture — “Sound of Metal” would do the same for rival Amazon.

While none of those outcomes are likely, Netflix is tipped to enjoy the most wins on the night thanks to technical categories and documentary “My Octopus Teacher.”

This year’s Oscars are arriving later than the commuter trains at their Union Station venue – producers say the live ceremony they have planned would have been “impossible” without a two-month delay.

In a nod to the past year’s unique circumstances, the show will have a large physical footprint.

The presentation of honorary prizes and musical performances will take place at a Hollywood theater and the Academy’s new film museum, while Europeans unable to travel will gather at “hubs” in London and Paris.

But the main business of handing out golden statuettes will take place at the 1930s-built station, distinctive for its Spanish colonial and Art Deco stylings.

The venue was chosen for its grand scale and outdoor courtyards, where white tents sheltering everything from Covid testing booths to catering were installed in recent days, to the bemusement of onlookers who had just come to catch a train.

The show’s co-producer, Oscar-winning director Steven Soderbergh, has described the Covid-mandated changes as an “opportunity” for a show unlike “anything that’s been done before.”

The event will be shot to look more like a feature film than a television show. A-list presenters will include Harrison Ford and Brad Pitt.

But the lower profile of this year’s nominees, pandemic-era screen fatigue and a downward trend mean the Oscars are likely to suffer the same low ratings of other recent awards shows.

“It would be a wonderful day for the Academy if it only drops 50 percent,” Hammond told AFP. “It’s just the way it’s going.”