Who votes for the Oscars, and how does it work? 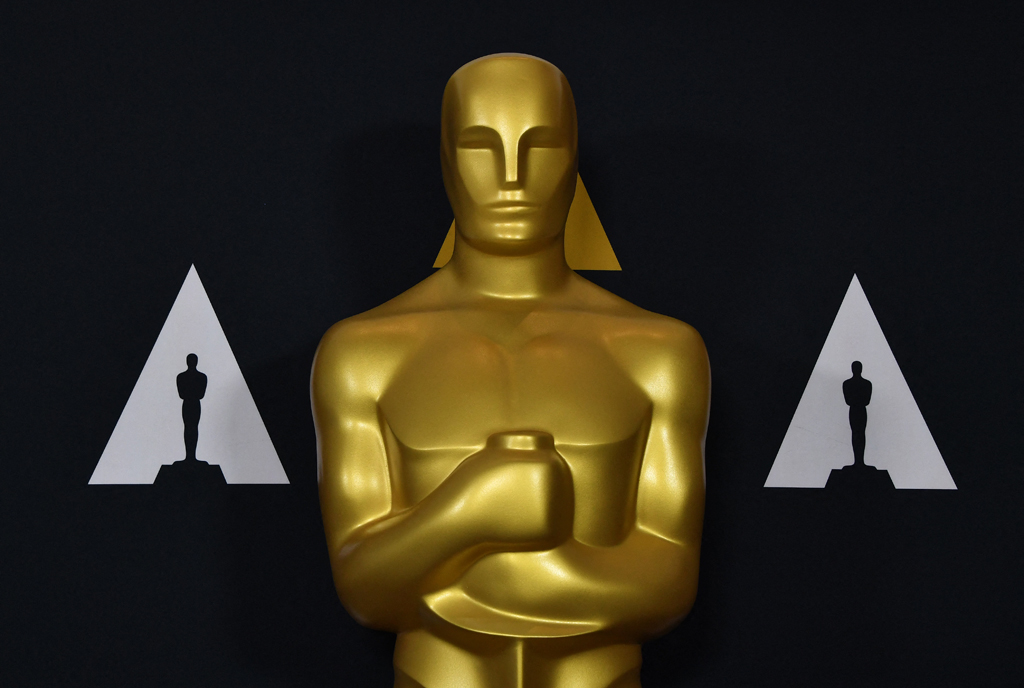 In this file photo an Oscars statue is viewed at the Samuel Goldwyn Theater in Beverly Hills, California, on February 5, 2020. AFP PHOTO

Millions of television viewers around the globe will tune in Sunday to watch the Oscars, the glitziest night in showbiz, but most don’t know how the winners are chosen.

Answer: more than 9,300 people in the entertainment industry select the honorees. The number is a record high. But who are they and how did they get to become voters?

Here is a look at the complex, sometimes confounding process that leads to the winners of the 23 Academy Awards:

The Academy of Motion Picture Arts and Sciences in Los Angeles currently has 9,362 voting members.

Academy membership is divided into 17 branches — actors, directors, producers, costume designers and so on — and candidates must be active or otherwise have “achieved distinction” in the industry.

Applicants must be sponsored by two Academy members representing their branch.

Oscar winners and nominees are automatically considered for membership and don’t need sponsors.

Applications are reviewed once a year by the Academy’s Board of Governors, which has the final say on who joins the elite group.

Members used to enjoy voting rights for life but since 2016, “voting status” has been limited to 10 years, and is renewable, to avoid having voters who are no longer active in the business.

Who are the Academy members?

For a long time, the Academy did not reveal its voting roll, though nothing prevents a member from saying he or she can cast a ballot.

The Academy announced it would double the number of women and minority members by 2020 to foster a more diverse environment.

Last summer, the organization announced it had met that goal. The Academy is now one-third female and 19 percent “underrepresented minorities.”

The group has also vastly boosted its foreign membership. Now, more than 2,100 are not Americans.

How are the nominees chosen?

Members of each of the 17 branches pick the nominees in their area of expertise. The actors’ branch — the largest voting group — submits nominations for the acting categories, directors submit nominations for best director and so on.

Nominations for certain awards, like for best international film and best animated feature, are chosen by special committees.

The entire membership votes to choose the nominees for best picture.

How are the winners chosen?

All voting members choose the winners.

In 22 of 23 categories, the person with the most votes is the winner.

But when it comes to the coveted best picture award, the Oscar voters have since 2009 used a complicated preferential ballot system in which they rank the films from most favorite to least favorite.

Anywhere from five to 10 nominees can be chosen: this year, eight films are in contention.

If one film garners more than 50 percent of the vote outright, it automatically wins.

Otherwise, the count unfolds in rounds — the film that received the lowest number of first-place votes is eliminated and those votes given to it are then allocated to the voters’ second choice.

The process of elimination continues until there is one film left with more than 50 percent of the vote.

“The idea of the preferential ballot is to reflect the wishes of the greatest number of voters,” explained Ric Robertson, who was the Academy’s chief operating officer in 2009 when the process changed.

“Otherwise you might end up with a movie that, say, 25 percent of the people love and the rest can’t stand,” he told the Los Angeles Times.

“This way, hopefully, you have a winner that most people can live with.”