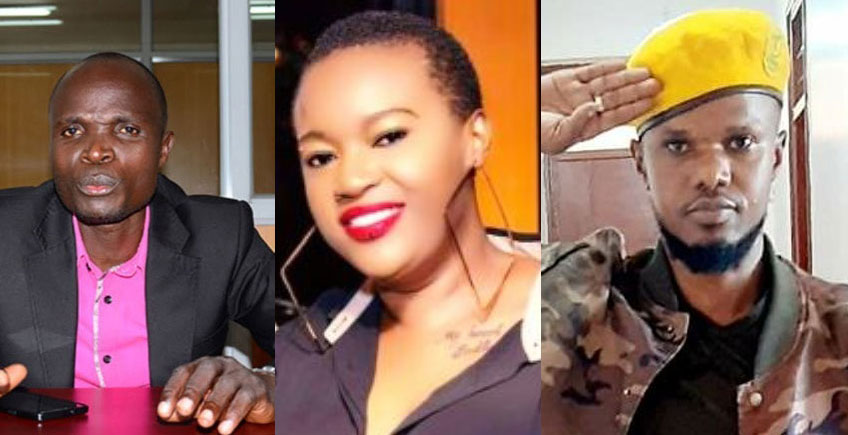 A Ugandan man who lives off peddling abandoned rumours on Facebook has warned the social media giants of dire consequences, including having it blocked in Uganda, over deleting several accounts of NRM regime bots.

Ashburg Katto has asked President Museveni to block Facebook in Uganda. Katto, in his twisted sense of humour, sent the warning using Facebook’s other platform, Twitter.

Joining Katto in singing dirges (funeral songs) after Facebook served them chilled noodles, was Isma Olaxess, who has been crossing his tongue and swearing to buy the Red Sea and Indian Ocean and force all their waters down Mark Zuckerberg’s throat.

City socialite Sheila Nadege has demonstrated the easiest steps to losing an American visa, explaining that whereas her body piercings point at fake beauty, she is not fake at all and does not deal in fake.

“My alias is Don Zella, not Dollar Zella,” Nadege said. “I don’t do fake dollars.”

The socialite said she is the most legit thing to happen to Uganda since NRM-organised elections and Gen Muhoozi’s tweets.

She refuted allegations that she used fake dollars to fake a dollar theft in her hotel room.

“Only if you want to lose your visa would you do such a thing. Do I look insane to engage in such acts?” she asked, adding that any fake dollar found with anyone “is for that person, not mine.”

Nadege said she is not appearing at Police now to protect her remaining nose, tongue, lips and eyelid pins from robbers.

Mayinja: I diffused a phone bomb

Singer Ronald Mayinja did not steal a phone belonging to a reporter but merely acted fast to avert a tragedy after sensing an explosive within the device.

Mayinja, who was last week accused of making off with a phone belonging to The Observer journalist after a marathon recorded interview, said he saved the journalist’s life.

“Even IGP Okoth-Ochola knows that you journalists are always at risk and have to be beaten to be saved,” he said. “At least I didn’t beat the reporter, I merely saved her life.”

Mayinja said he is a Russian-trained bomb expert with speciality in defusing explosives. He added that he sensed the reporter’s phone had an explosive rigged in it and to save her life, he ran after her and grabbed the phone.

“I had to open the phone apart to defuse the bomb. I saved her life,” he said.