And the award from election week goes to...

WINS & LOSSES: Last week was quite one like never before. Apart from the internet shutdown, social media blogger KS Brian had his eyes roving and ears on the ground. 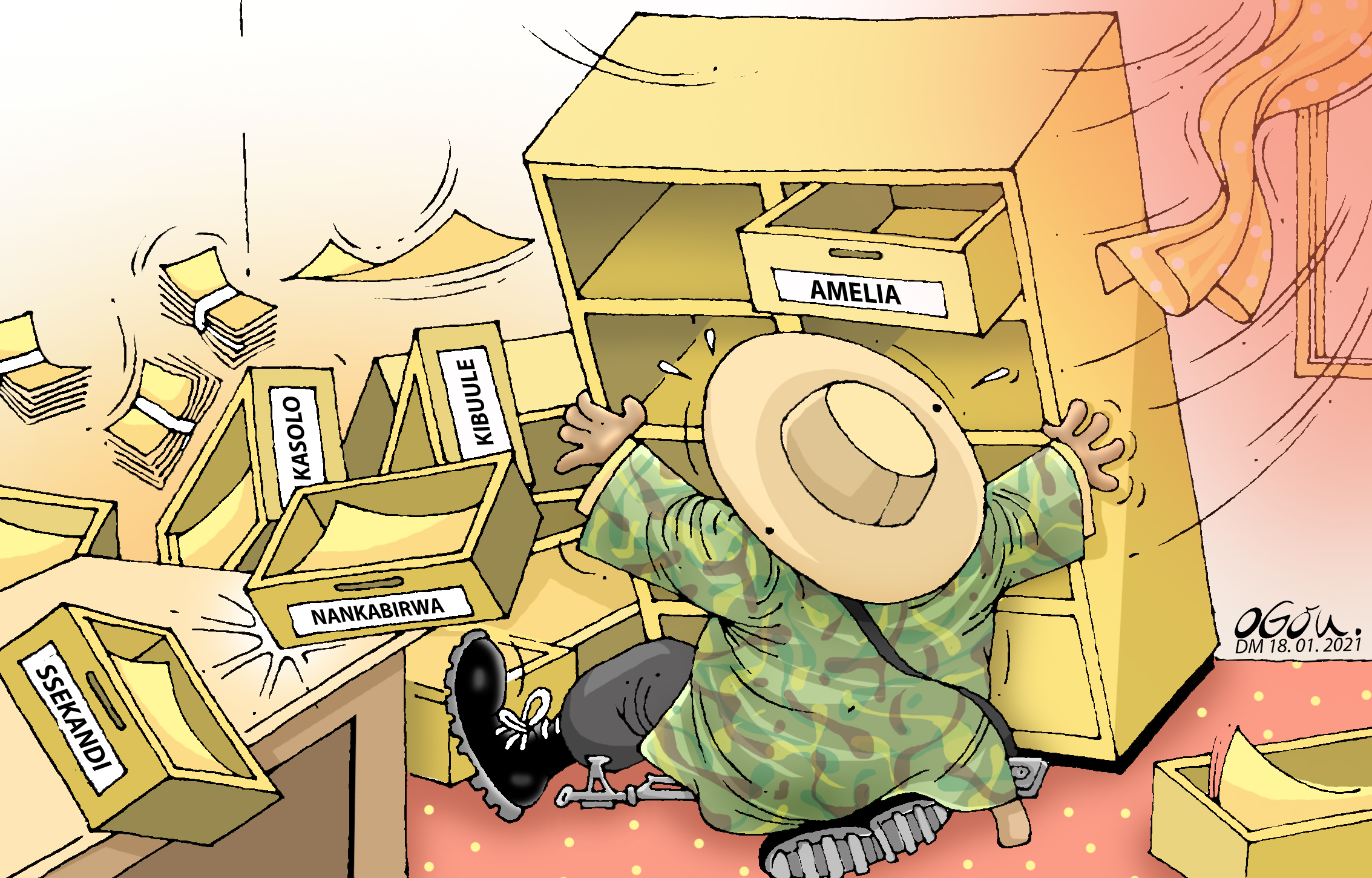 Welcome back from the presidential elections. The last time I lined up for nothing was at that one wedding where the groom’s auntie claimed and disappeared with the meat saucepan.

1-‘CONSTITUENCY’ OF THE WEEK:

Apparently, plain-clothed goons in army vehicles appeared at one polling station with pre-ticked ballot boxes. Not exactly amused by this, the people of Lwamaggwa insisted they weren’t this lazy. They gathered the ballots and set them on fire. “If we let people tick for us ballots, they’ll come back to help us sleep with our wives too”, they yelled.

2- IRONY OF THE WEEK

The only excuses NRM has for this are: a) Politicians lie all the time. b) Grannies are a forgetful bunch. If group a) isn’t lying about free education, b) are asking you which class you’re in for the seventh time, while calling you ‘Mwami’ even when their husband is seated across the table.

NRM decided, ‘To hell with kids trying to secure their future’. They switched off Internet because of the whiny 30% of the electorate — who turned out to be roughly 3 million out of a country of 42 million. So, Sevo was like that teacher that beat up an entire class because three kids were making noise.

3- SCUFFLE OF THE WEEK

Since the internet was off, radios became the most trusted source of election results. We were back to the early 2000s where the only way to know results of your football club, was enduring an early morning roasting from Akaboozi’s Ddembe Zaina and PK Bbosa.

Smart radios posted journos all over the place and were on call to deliver results. That was supposed to be simple, right? Wrong. The journalists in Entebbe called into radio programmes panting and whizzing like pigs running uphill. Apparently, army officials barred everyone from covering the reading of results and failure to adhere to this directive would have you half running, half scratching slaps from your back.

4- CATASTROPHE OF THE WEEK

Imagine preparing for your honeymoon all year and realising at the honeymoon destination, that your viagra pills were all along Vitamin C tabs. We had years to prepare for these elections yet the most vital items were like a fresh graduate, not working.

This left thousands of patriotic Ugandans stranded in the rain as officials raced around town to hunt for “passwords”. We bonded and met future partners during that little misunderstanding but sure EC can do better? I almost bored some chic with prospective baby names hadn’t the officials consented to the manual way of doing things.

5- BLONDE MOMENT OF THE WEEK

Justice Byabakama fails to explain the ‘internet’ he was using.

Again, this is due to lack of preparation. He should have expected this question and rehearsed it in front of the mirror from the very day he was appointed for this job. But there he was, mumbling a submission like he was balancing a hot potato in his cheeks.

Hadn’t it been Ofwono Opondo clarifying that institutions such as the Military have special networks, I’d personally have insisted that Injustice —sorry Justice Byabakama, was getting his results from either SMSes or horseback messengers.

6- MYSTERY OF THE WEEK

Tens of polling stations with 100%

I mean, none fell sick. None had second thoughts. All lived until election day. I knew the President was a darling but I didn’t know people loved him this much that an entire polling station would not only appear to vote, but also agree to vote ONLY him. The last man to be loved this much was King Solomon who left no women for the men of Israel. There are still reports that individuals were chased from these polling stations as early as 11am because the ballots were pre-ticked. However, those are just allegations. Let’s for now assume that H.E is more loved than neck kisses.

There were many good races. Dozens. I, however, found this very one more interesting. Dr Hilderman sang a campaign song for Amelia in 2010. The song to this day is his best piece of art. Rumours say, he got about Shs60m for the song while Amelia through the song, got close to Shs3b plus all those parliamentary allowances such as cars, Togikwatako money and sitting allowances.

Dr Hilderman decided he wanted some of that too. Like a Shamba boy finally confessing his feelings for the boss’ wife. He was tired of the boss’ wife flaunting those brown thighs in those body-hugging dresses. He wanted in too.  He contested against her and won.  Doctoring results couldn’t work against him because he’s well, a ‘doctor’.

8- BEATING OF THE WEEK

At this point, choosing a specific beating in this country as beating of the week is ‘sosolism’ /favouritism. It’s happening almost everywhere. However, Zaake sparked my interest because where natives see an MP, Uganda Police see Zaake as a sun-dried bean pod harvest that badly needs ‘kibooko’.

The man barely gets a breather.

After securing his win, Zaake decided to pay Bobi Wine a visit. He didn’t know this crime had been upgraded above corruption. He received a beating that still has him questioning whether the ‘Zaake’ in his name was kibooko.

9- EVENT OF THE WEEK

The man was more angry than a day student that had just realised no one kept food for him. Or someone ate it. If there was a cartoon depiction of his anger, his face would be red and smoke would be coming out of his ears. I want to tell H.E to relax. To cheer up. The seat is his and his alone. Voters spoke. He won. There was no need to address the nation like we are some kids that keyed his new car.

10- ACHIEVEMENT OF THE WEEK

Sevo, Bobi Wine and all the other candidates.

I would like to commend Sevo that even when his victory was obvious by some miracle like the sun rising from the north or the occasional blue moon, he still put in effort. The man has billboards. The man campaigned across the country. The man preached his gospel. He’s the husband that keeps buying candy for his overweight, but obviously happy wife of 35 years.

I would also like to commend others, especially Bobi Wine, for going through all that trauma. Tear gas. Deaths. Arrests of peers. Jail time. Being in court. Banter, ridicule and abuse from Sevo, Muntu loyalists. All this, but he stood still till the final day and condemned Sevo to his worst vote percentage since 1996 .

This article was first published on KS Brian’s Facebook timeline.