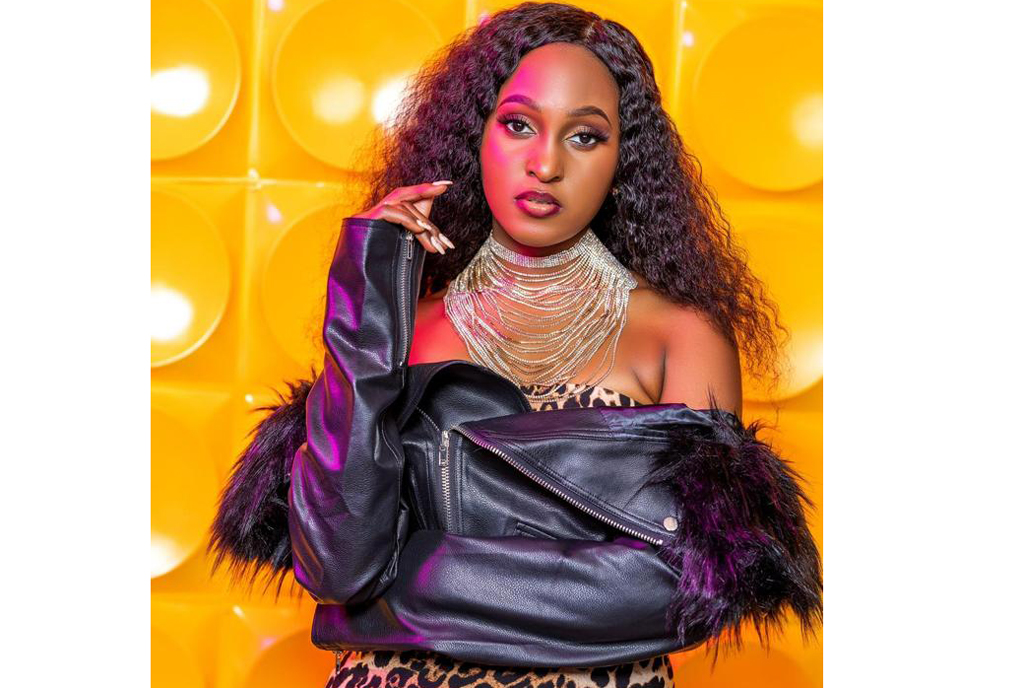 She says. Karitas Kario is a Ugandan artiste who plied her trade formerly with the New Eagles and Golden band. She is also into fashion and make-up. Isaac Ssejjombwe presents her story.

My name is Sharita Nabbosa but also known as Karitas Kario. I am an artiste, mother and a music lover. I was born in Kampala, Uganda 23 years ago to Mr and Mrs Bbosa.

Tell us about your musical background?

I joined music in 2018 with the New Eagles Production and left and joined Golden Band a year later.  I released my first single Mbalabala in 2018.

I used to sing in school. Being part of Music, Dance and Drama. So music has been part of my life since I was a child. My aunt used to listen to music when we were doing house chores so I have grown around music. Music is my safe place. When I feel sad, I listen to music and when I feel down, it is my remedy.

Tell me some of your songs and the inspiration behind them?

Most of the songs I do are inspired by life itself. I mostly do love songs because love has no expiry date. Every day and every time you find people in love, the whole world can’t be complete without love itself.

Tell us about your time at the New Eagle?

I joined the New Eagles after my High school. Because my mum did not want me to be idle, she asked me what I would be interested in doing and I told her music, dance or drama. She told me to go to Bat Valley Theatre and apply so that I could be able to learn a few things about acting but on my way there, I found a banner at some place in Natete where some people were auditioning.

After noticing how terrible some were, I got confident and decided to register and audition. I got on stage and the judges told me to sing. I did Juliana’s Diana and to my surprise, I impressed them and was told to return the next day.

Who were the judges?

It was Joanita Kawalya, John Segawa and Eddy Yawe who realized my talent. That is how I joined the New Eagles.

For how long were you with the New Eagle?

I was there for a year but never released any songs.

Why did you leave and when?

I left them in 2018. I had gone to Calendar Rest house to record my Mbalabala single and because there was some of friction between the New Eagles and Golden Band, KT who was one of the directors of Golden Band happened to be at the same place and heard me sing so he asked me to join Golden Band and I did after all I had left the New Eagles.

We understand you are now based in the US. What are you doing there?

I am doing a couple of things including makeup. I went back to school studying more about makeup, also with a band titled Hills and Vains, I still do music and being a mother of two.

Compare for us the life there and in Uganda?

It is never easy settling in the USA and creating a base or an audience for yourself. I was an established artiste in Uganda but I started from scratch in the states.

I first check my phone, rush to the bathroom, and prepare myself for morning prayers.

I find out what happened yesterday and prepare myself for the day.

My first best friend is Jamila. She is an accountant in Dubai.

I don’t remember because it was not that interesting.

My first job was being an artiste.

What did you use the money for?

I sent all of it to my mum to do some shopping for herself and use it to buy for herself splash, milk and so on because I did not have any responsibility.

It makes me happy and it is what I enjoy doing. It gives me liberty to do other personal things as well.

Having my first child. I will never forget that moment.

I am still alive so I believe whatever I did wrong, I can still do right.

Best advice and from who?

It is from my uncle Jaba. He told me to always be humble and trust God in everything you do.

Listening to music and swimming.