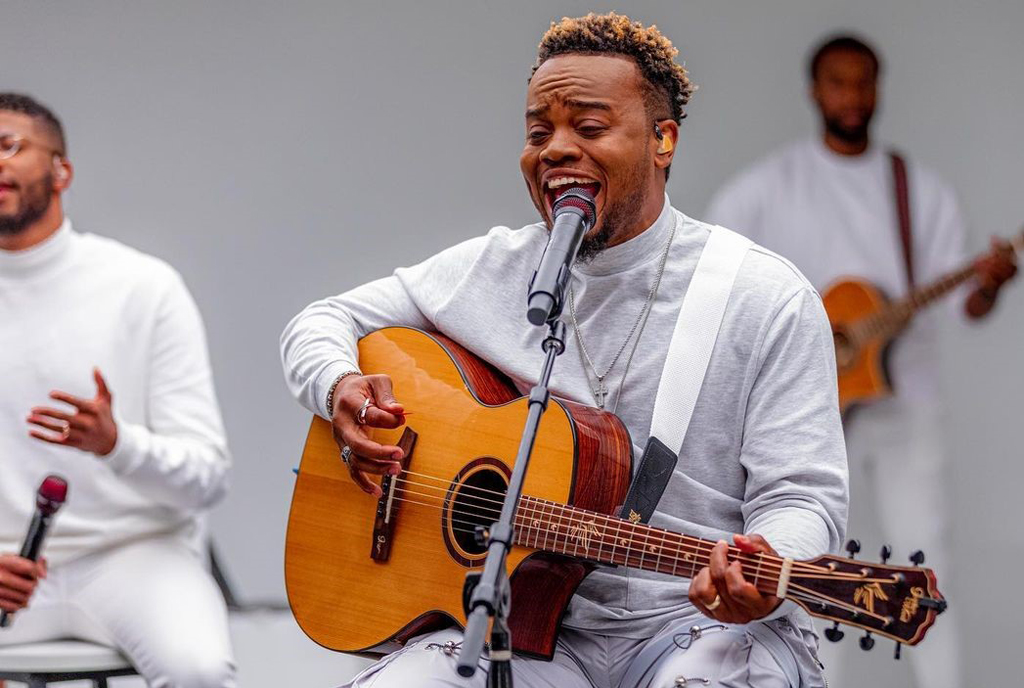 The two days event which was to happen on December 6, at the Imperial Royal hotel and at Lugogo hockey grounds on December 7 was cancelled after the organisers failed to get air tickets for the artist and his team.

In a video making rounds on Social media, the father of three who was supposed to fly into Uganda on Sunday did not board the plane. According to the ‘Be Still’ singer, the promoter of the event for his Uganda and Rwanda concerts failed to purchase their tickets.

“My heart is broken over Uganda and Rwanda because we were so looking forward to being there this week. Unfortunately, I am literally at the airport in Lagos, Nigeria and the promoter of the Uganda and Rwanda concert never purchased our tickets to come to the country,” he explained.

According to a credible source, the event was organized by a team from Pastor Robert Kayanja Ministries together with gospel artist Versace.

“Our band had been booked to perform on Friday. He was expected to come in on Sunday evening and prepare. Rumor had also started spreading that he is already in town only to see a video of disappointment,” a source revealed

The source also alleges that the organisers had worked with an agent who double-crossed them hence the no-show.

The organisers later released an official statement apologising for the unfortunate development and set a date to refund the money of everyone that had purchased a ticket. 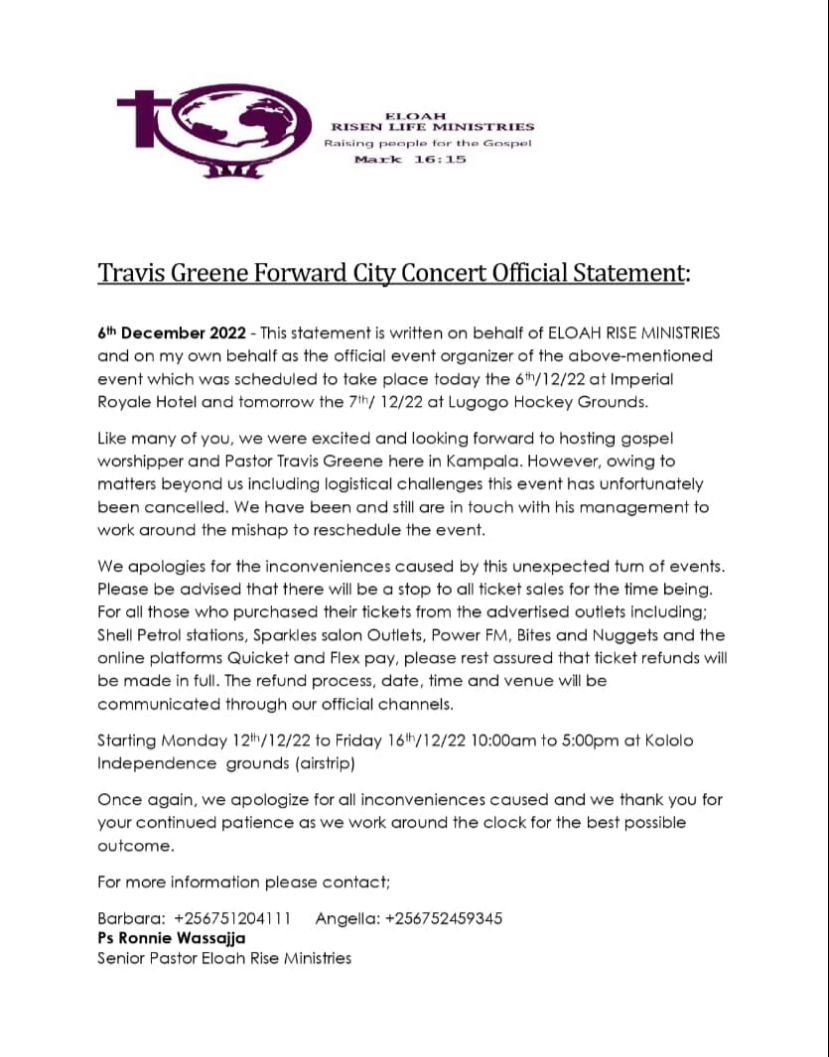